Back on the move 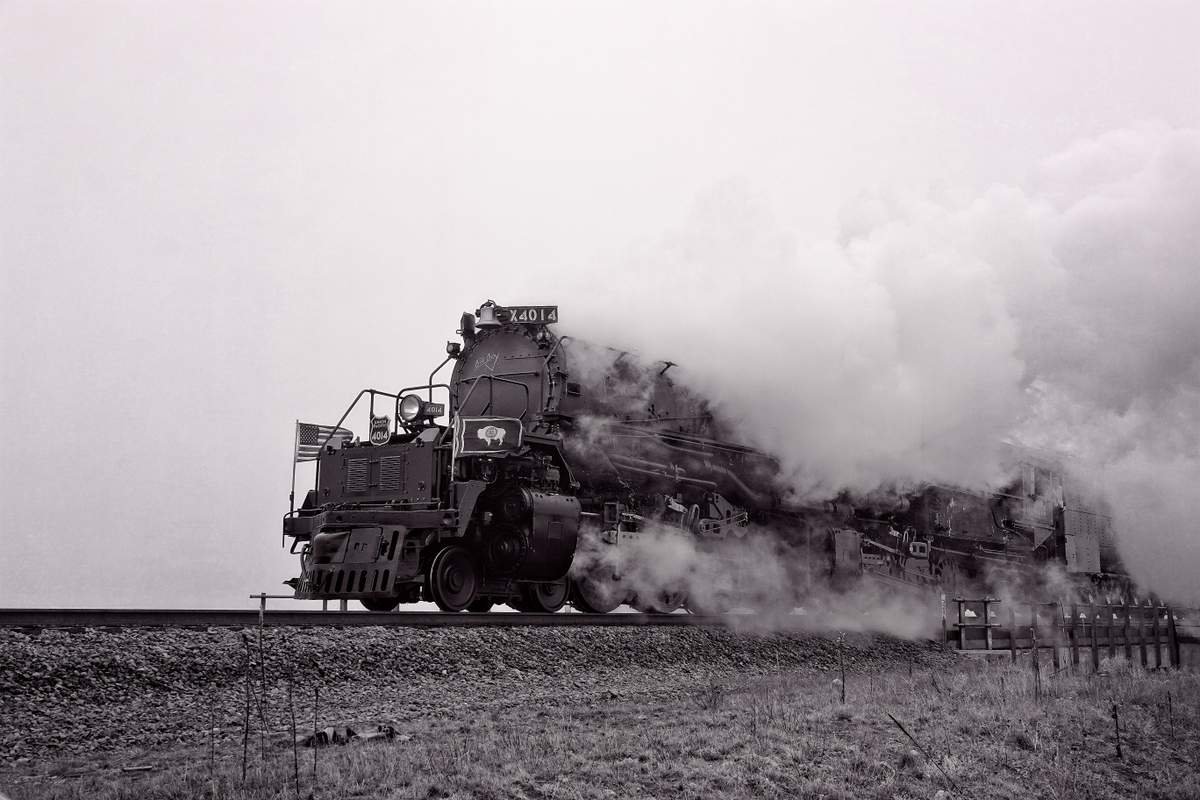 DSC00787_eff191200×800 99.9 KB
Seeing this Big Boy locomotive in action was the main reason for our recent trip to Wyoming. It hasn’t been under its own power for 60 years and took almost 3 years to be totally renovated. The morning of this shot was pretty cold so the steam was impressive. Its nickname of Big Boy makes sense when you consider it weighs over a million pounds, is 133ft long and over 16ft tall.

I have a colleague who also “chases” trains, especially legacy specimen like this one. The moment of capture, with the locomotive appearing through the steam cloud which, in turn, appears to blend into the surrounding sky, is evocative of a phoenix. Well captured!

There were quite a few of us train chasers during this run - lots of scrambling to cars after the ‘subject’ passes by in hopes of catching up and getting to capture it again. Thanks for the comment @Bob_Faucher !