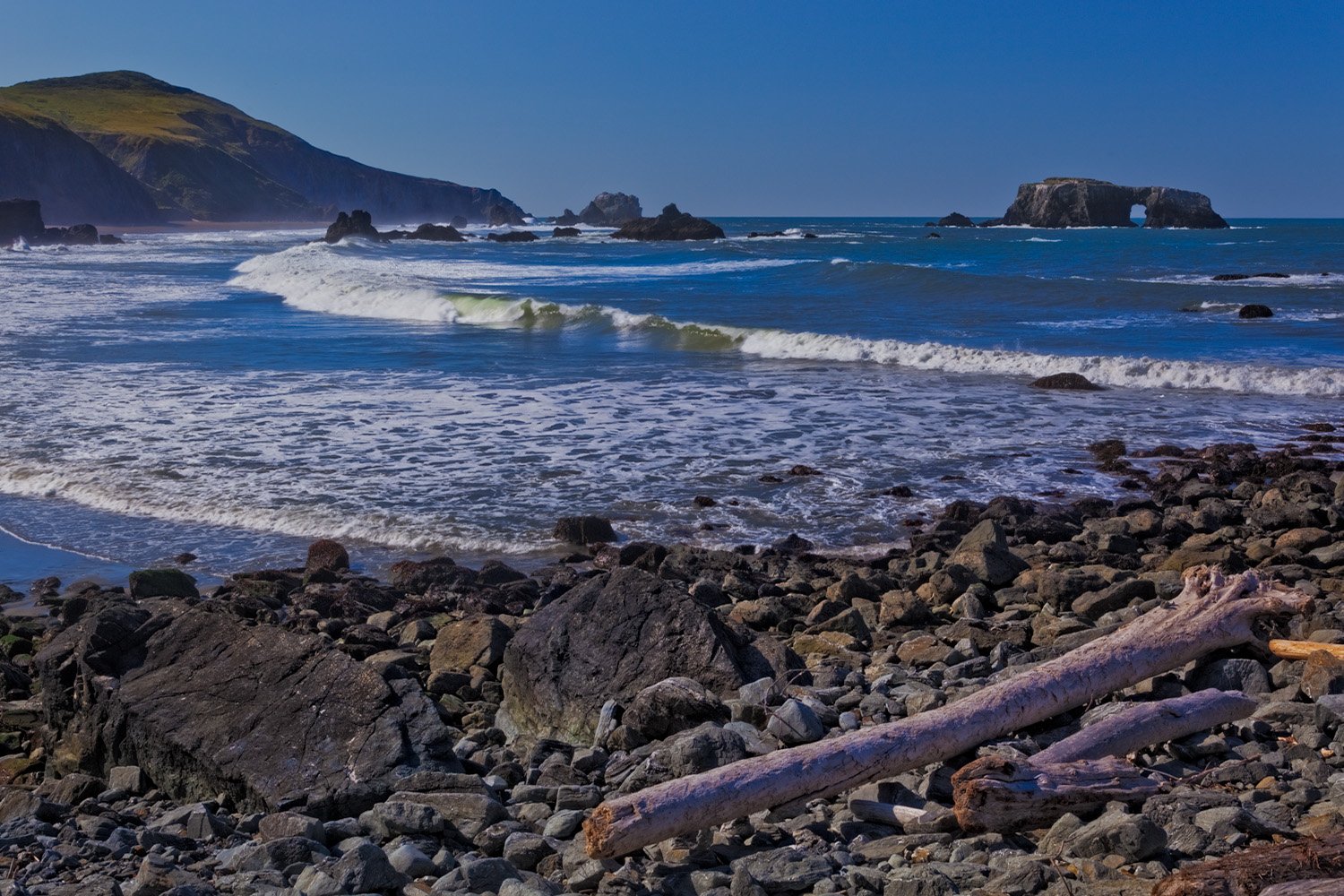 Blind Beach is a sand beach in northwestern Sonoma County, California. Along the beach and the adjoining beaches, massive rock outcroppings are found both on the shore and protruding from the Pacific Ocean as small skerries. Among these rugged structures are natural arches formed by powerful wave action selectively eroding weaker strata of the rock formations. Arched Rock, seen here, was the stand-in for Cauldron Point during the final scene of the 1985 cult movie The Goonies, with the Inferno, the ship of “One-Eyed Willy” seen in the distance, sailing away.
The second image depicts rocky outcroppings on the bluff high above Blind Beach. Hickers can be seen along the trail for size perspective.

Ah, One-eyed Willie. Rich stuff. I didn’t know where they filmed those bits, but now I do and it’s even nicer knowing that the fabulous rock formation is real.

Thank you, Ms. Smith. I credit location managers from the film industry to garner information on sites they have scouted and used. I have seen many places, depicted as somewhere else, that I have visited to photograph. One of the most-frequently used is the Alabama Hills.

The Goonies is one of my favorites. Living in Portland, OR, I get out to Astoria and Cannon Beach all the time. Great take on those scenes, Bob. Thanks for sharing.

Thank you David. The Pacific Coast provides amazing photographic opportunities, from Mexico to Alaska, The farther north one goes the wilder it gets. The TV series Aerial America has incredible footage along the coast that cannot be seen any other way.