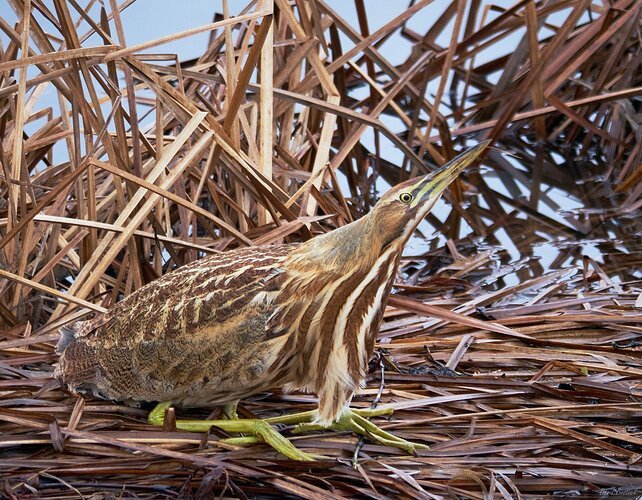 I was tracking this fellow as he was on the hunt, when all of a sudden he dropped into this crouch. I had never seen this behavior before. I realized that a Bald Eagle was flying overhead. This was the Bittern’s reaction. Here are a couple more images as the eagle flew over: 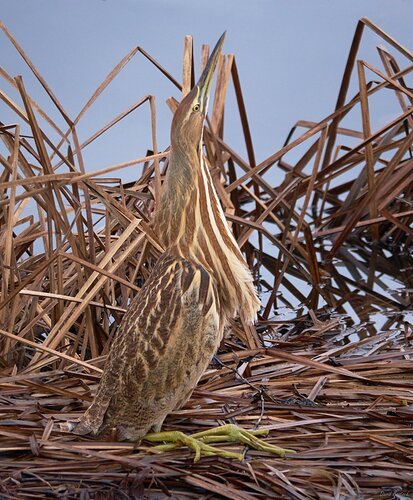 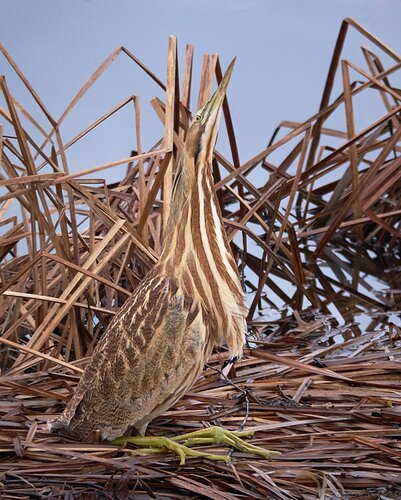 Just wondering if this sends any kind of message to you.

I hate you. I am now green as the Wicked Witch of the West with envy at your bittern photos. You are insensitive to have posted so soon after @Dennis_Plank’s already green-inducing picture. Please refrain in future until I, too, have acquired photos of the bittern at least half as good as these.

Hi David. It looks to me as if the bittern was very aware of the eagle’s position and was changing its pose to reduce the chance of being seen. I’ve never seen this behavior, but like most of us, I haven’t had a chance to observe these birds that often or long as they’re very good about disappearing.

@Kris_Smith you crack me up. That is just hilarious.

Dennis, yes, I think that is what the Bittern was doing. So fascinating.

I’m almost embarrassed to say this, but I have over 300 images of Bitterns taken since 2009 at the Wildlife Refuge. A friend of mine started calling me the “Bittern whisperer” since he never saw them, and I almost always got a shot or two…

Perhaps I should go further and request that you also refrain from mentioning in my company any experience you have had successfully, some would say excessively, photographing the American Bittern. This is just adding to my torment and is creating a hostile environment. Plus bragging is so gauche.

Yours in deeper green,

First of all, thank you for posting these. I have never seen this bird and what a beautiful specimen he is. Is that actually green legs? Ok, if I was looking at these and you hadn’t described the situation and I hadn’t seen the name you gave it, I would say in the first image the bird was cowering. It heard a noise and is trying to hide. There could also be the chance that if it is a female, she could be laying an egg

. The other two, I would say that the bird spotted something overhead. I really can’t tell from the expression if it’s frightening her or she’s just curious. Hope this is close to what you were asking.

@Donna_Callais thank you for your kind comments here. Yes you definitely conveyed the feeling I had.

@Kris_Smith so sorry to keep taunting you with my gauche bragging.

Hi David, nice behavioral captures of this elusive bird. I can follow along your story quite well looking at these images. The initial reaction of the bird to crouch when seeing such a predator. I think the last two images show typical behavior of this species - using its camouflage plumage to try to blend in with the surroundings. Well seen.