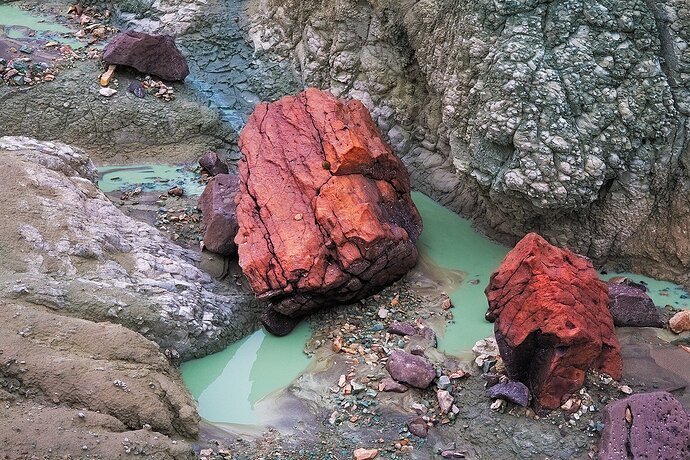 Turtle Cove strata, a striking blue-green rock layer produced by millions of years of volcanic ash accumulation, when admixed with the intervening yellow strata by water erosion, produces the green water and mud. The boulders contain iron oxides which produce the red coloration.

Really interesting narrative; that added to the appreciation of the image… Where is Turtle Cove?

Dick— Turtle Cove is a small area in the Blue Basin portion of the Sheep Rock Unit of the John Day Fossil Beds NM in Oregon. The other two units are the most well-known Painted Hills Unit and less well-known Clarno Unit. They are all geologically quite different.