I don’t know if anyone else has experienced a much slower than usual loading of images over the last week or two. Opening up a particular post takes one only to replies with no image in view for a minute at least.

I am on the latest Firefox and Mac Mojave and have a fibre broadband connection which I have checked for speed.

Sounds as though you have all the right pieces in place. I too am using Mac Mojave (10.14.3 (18D109)) and Firefox (65.0.1 (64-bit)), but on an Air laptop with my iPhone as a hotspot to ATT with only 2 bars of signal. I haven’t noticed any reduction in download speed, and if anything it’s slightly faster. When I open an image, the screen just flickers and the image appears in its entirety.

It makes me wonder if your ISP is throttling you, or there’s some other problem occurring between your machine and this site.

Opening up a particular post takes one only to replies with no image in view for a minute at least.

When you visit a topic that you have already looked at, it will take you to the latest reply, not the original post with the image. I think this might be where you’re getting confused, although I could be mistaken. Does this happen if you go to a an image that you have never looked at before? You can find these by going here: https://community.naturephotographers.network/new

David : thanks for the reply ( and apologies for posting in the wrong forum !! ) Used your link and all worked fine. Since then have continued to find difficulty - typically, even selecting the New page, the descriptions load but not the images for well over a minute; opening a specific post yields again only descriptions for a while. Once I’ve got the images all then is ok.

Have deleted all cookies from the site but no difference. Internet speeds seem to have remained ok but I guess there must be some issue with my connection, as up until recently images loaded pretty quickly.

Hank : thanks for the reply. Have tried David’s suggestion and also deleted all NPN cookies but I still am very slow loading the images. May well be something at my end.

Have you tried a different browser by chance?

David : this may just be a question of false expectations on my part.

This morning I visited NPN afresh in both Firefox and Safari. Going to the New page I timed Firefox at 2mins and 10 secs before I could view an image ( Safari was about the same ) Thereafter that and other galleries I went to seemed to be fully loaded. On a return visit Safari had retained more loaded images than Firefox had, so there seems some difference between the two browsers.

Given these are high quality images ( not thumbs ) is that what I should expect ? It’s just that it seemed to be quicker a month or two back.

This morning I visited NPN afresh in both Firefox and Safari. Going to the New page I timed Firefox at 2mins and 10 secs before I could view an image ( Safari was about the same ) Thereafter that and other galleries I went to seemed to be fully loaded.

Wow… And that’s not a good “wow.” Out of curiosity I just did the same test with my MacBook Air running Firefox and iPhone hotspot showing 2 bars of ATT signal that I described before. It took 12 seconds to load. I continue to be suspicious of your ISP, in light of the rest of your setup.

Thanks, Hank. The odd thing is I am noticing nothing unusual in respect of loading images or videos on any other site I visit

That deserves a great big “HUH…” because it is indeed a mystery. To this internet troglodyte anyway!

When we switched to the new tile view the images do take much longer to download (thumbnails are coming!), but I have only noticed this when I have a really slow connection. Just so we can rule this out, would you mind running a couple tests for me and posting the results from the links below? Also, where are you located at? It may be an issue with the CDN in your area that I could look into.

Is someone slowing down your Internet? Find out right now. 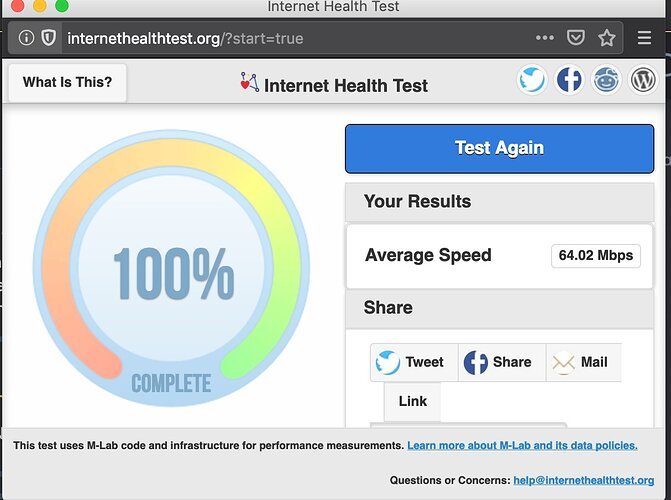 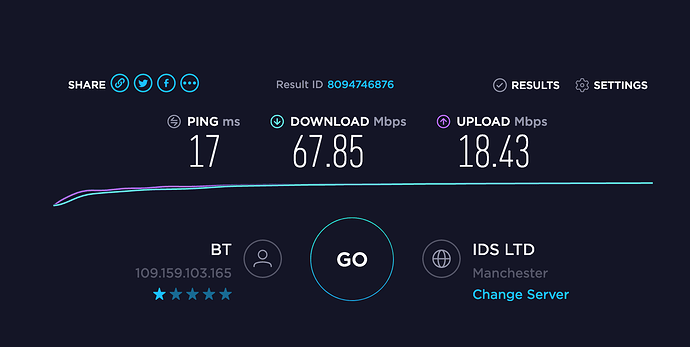 This is quite the mystery, I see nothing that should be slowing you down. Your speed is great, all the CDN servers are running fine. Do you by chance have another form of internet you can try, like hotspotting to your phone? Do you have a firewall by chance? This could be slowing things down and you could try turning it off temporarily, or possibly anti-virus, anti-malware that may have listed the site as a problem.

David : I don’t have a smartphone or other devices but I always have the Mac firewall on and I do have anti-virus software ( Intego VB ). I will switch each off for a bit and see how things go. Maybe too the problem will go away - I’ve just had a minor blip concerning access to another site on Firefox, but that has simply righted itself after a day or so, so maybe this will too.

David : I tried various things - shutting off firewall and AV and also allowing 3rd party cookies to no effect. However, it has somehow become a little faster - not great but better - and I am prepared to be patient. Thanks for taking the trouble to keep responding !!

David : just to let you know both Safari and Firefox are now loading the site perfectly on my Mac. I have done nothing in the meantime, except turning off my AV and firewall on occasion - to no effect whatsoever. The speed has come back gradually over the past couple of weeks - first on Safari, now Firefox as well, and I have my AV turned on. A complete mystery to me !!!

Thanks anyway for your efforts and thanks too for all you are doing with the new site.