This is a “king cheetah” – a variety of cheetah with a rare mutation for cream-coloured fur marked with large, blotchy spots and three dark, wide stripes extending from the neck to the tail. Natives knew the animal as nsuifisi , believing it to be a cross between a leopard and a hyena. In 1926 Major A. Cooper wrote about a cheetah-like animal he had shot near modern-day Harare, with fur as thick as that of a snow leopard and spots that merged to form stripes. He suggested it could be a cross between a leopard and a cheetah. As more such individuals were observed it was seen that they had non-retractable claws like the cheetah.

Please list any pertinent technical details or techniques to help others. 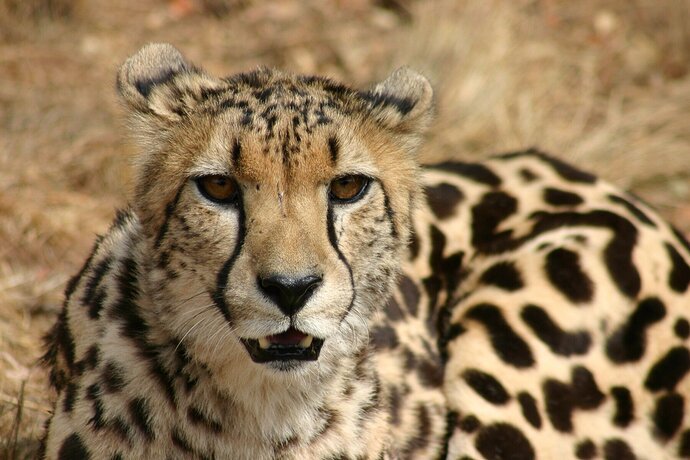 Looks like an impressive specimen and imposing presence, I loved the dark spots too !