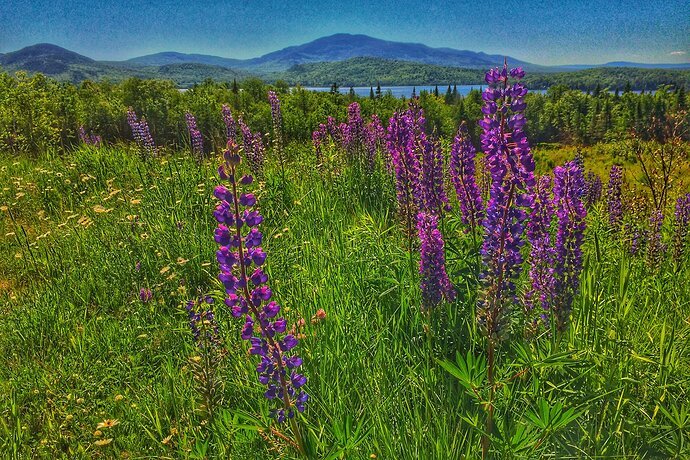 Dunno if it was intentional or instinctive, but there’s great Sam Abel influence in the way you worked with the foreground and a relatively “flat” horizon. While it’s not actually flat it’s near featureless, yet you effectively used foreground framing and color to draw the lake into prominence from the background. Key elements for my eye ore the tall lupine on the left reaching toward but not quite breaking the horizon as the other on the right reaches above, even as more lupines recede to the left. Sam grew up on the plains and developed his eye and knack for using just such elements constructively and creatively. Yeah, I’m a Sam admirer and I admire this in the same realm.

Thank you Hank. Sam is unknown to me. However, I will Google his name soon.
For many of my landscapes, I look for
appropriate foreground features. I’m from the film and hyper focal era and find the hf formula is significant in the digital era.