I was walking the dogs on the Lowe River flats at Valdez, Alaska and was packing my long lens because the eagles were all over the place feeding on late run salmon. I happened to see some action quite a ways away and zoomed in with the lens to see what it was about. Turned out it was a raven aggressively attacking a juvenile bald eagle. I couldn’t see what they were fighting about because they were behind a gravel bar but assumed it was over a salmon carcass. I started shooting the action which went on for a bit until the eagle finally decided to leave. It was odd because I’ve frequently seen ravens next to feeding eagles, waiting for scraps and opportunities but never seen them actually attack an eagle. This one was jumping on the eagle’s back and pecking it, hovering over it and pecking, grabbing its tail feathers, etc. I had another surprise when the eagle left the scene. Instead of claiming the prize that I had assumed the fight was over, the raven flew off in pursuit of the eagle and continued to attack it in the air until they were out of sight! Makes me wonder what it was all about! 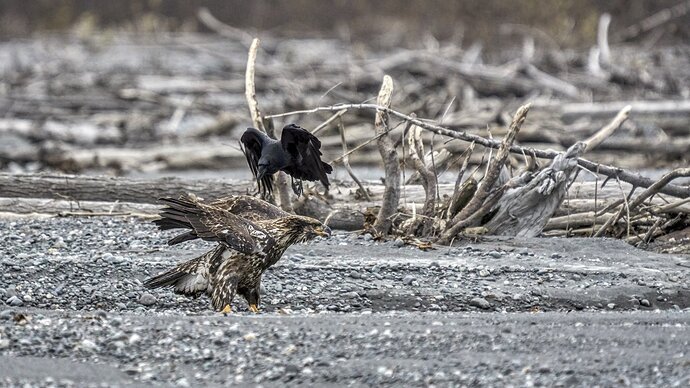 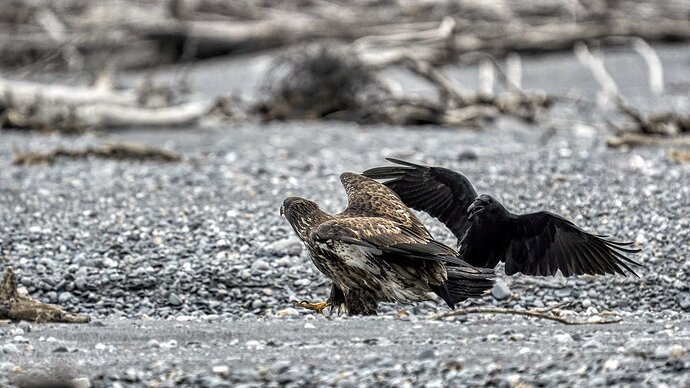 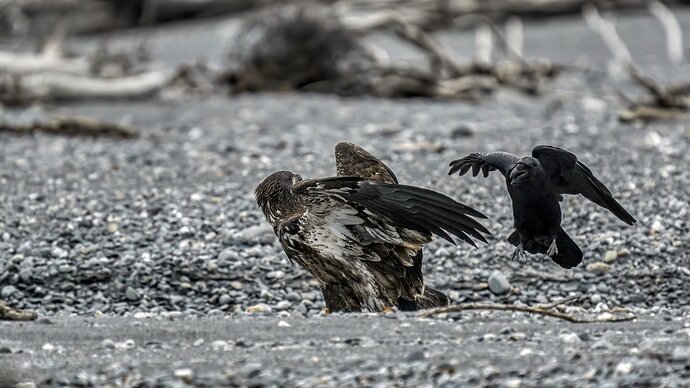 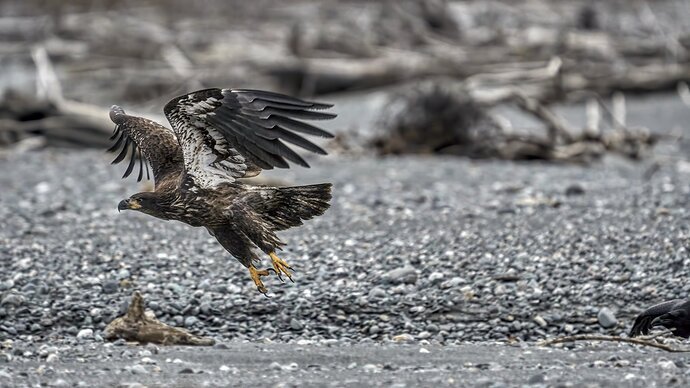 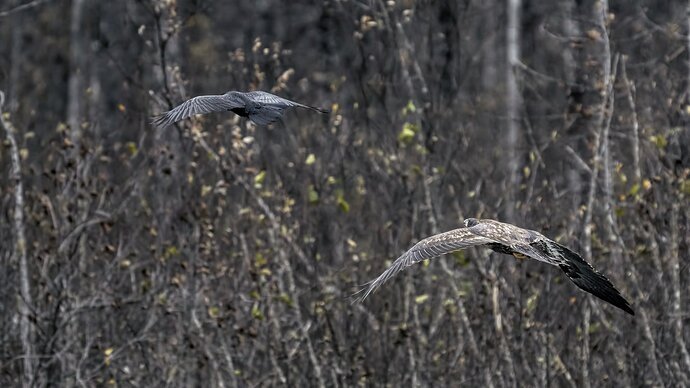