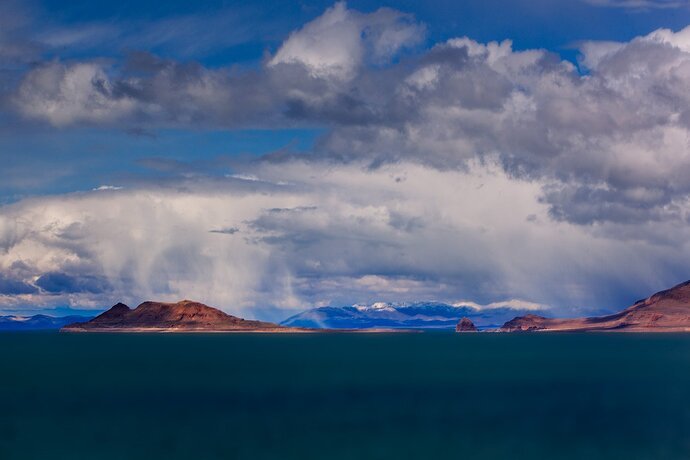 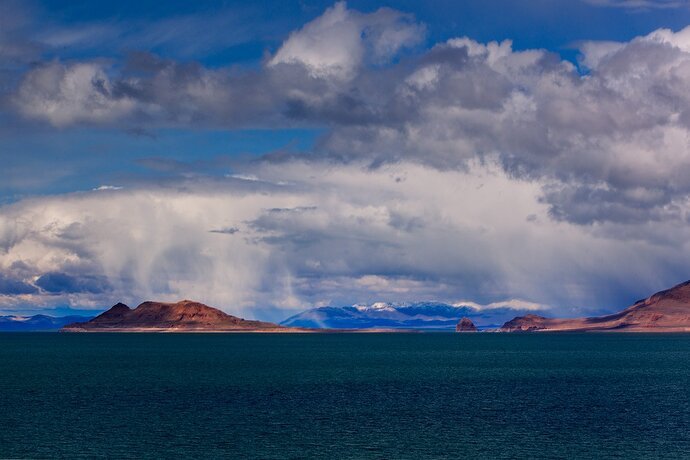 Anaho Island and Pyramid Rock are sacred to the Pyramid Lake Paiute Tribe. The Pyramid, after which the lake was named (by explorer John C Fremont who visited this region in the winter of 1843-4) is a conspicuous, pointed tufa mound right at the edge of the lake, forming a tiny island at times of high water. Just south of the Pyramid, Anaho Island is a rocky hill surrounded by the water and also formed of tufa, protected as the Anaho Island National Wildlife Refuge and home in spring and summer to a large population of American white pelican. On this windy morning rain was falling near these landmarks, but not directly onto them.
I have attached an unmodified copy so you can see the wind-disturbed surface of the lake.