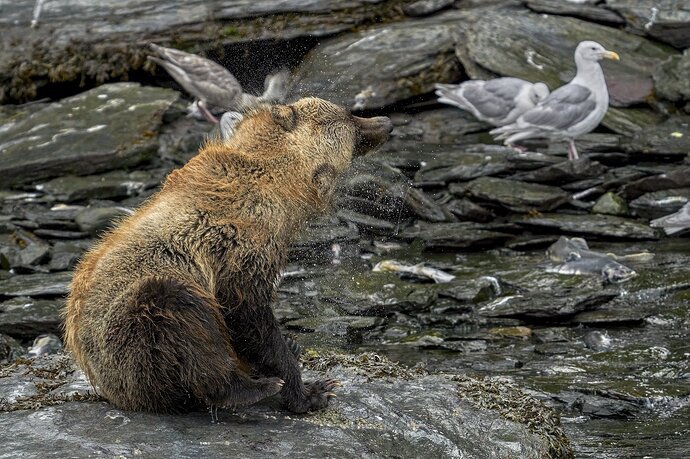 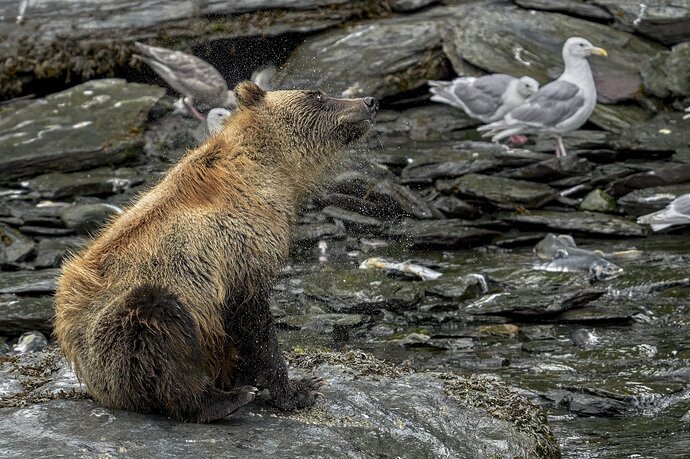 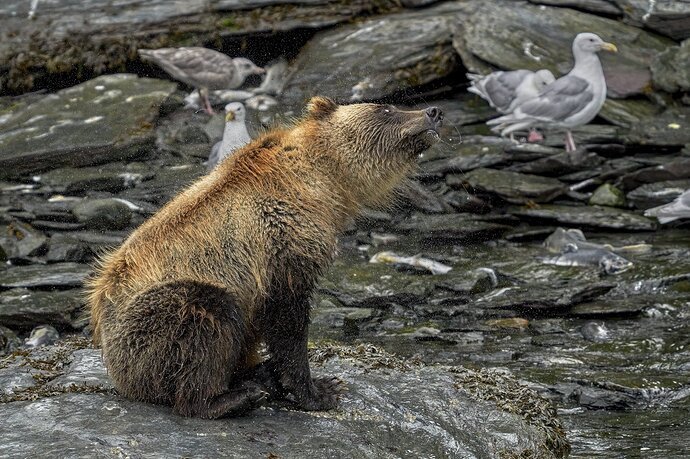 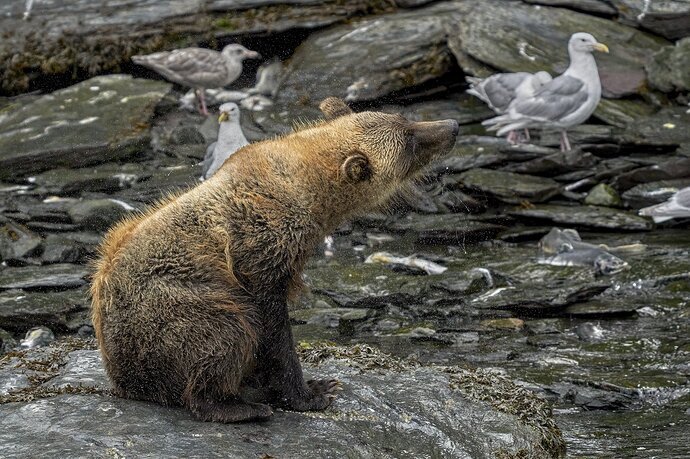 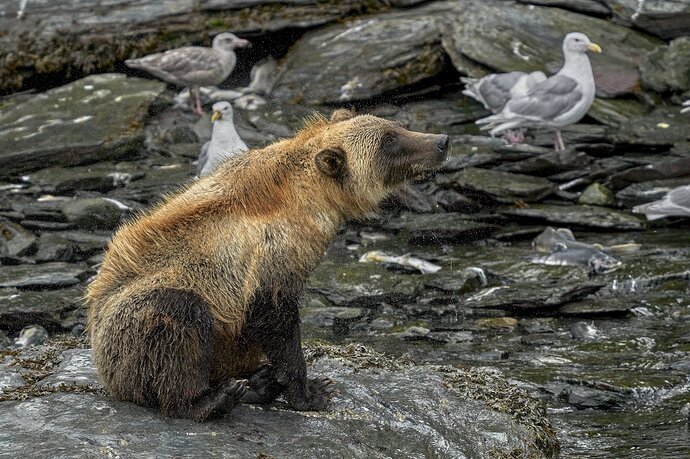 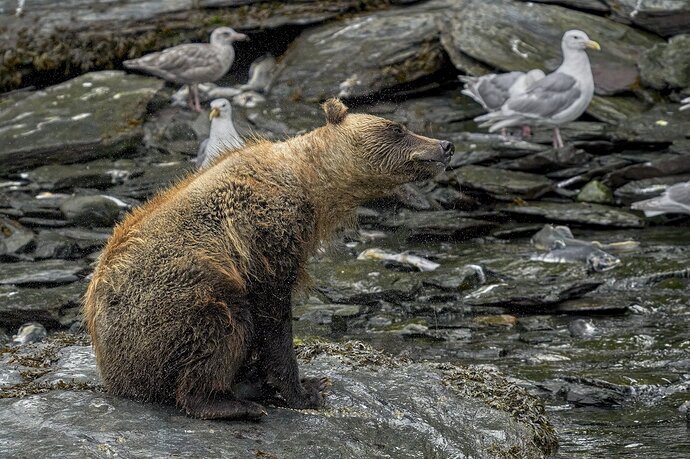 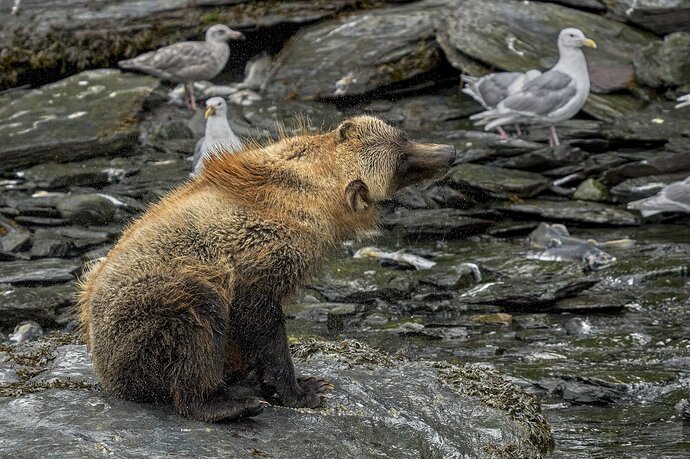 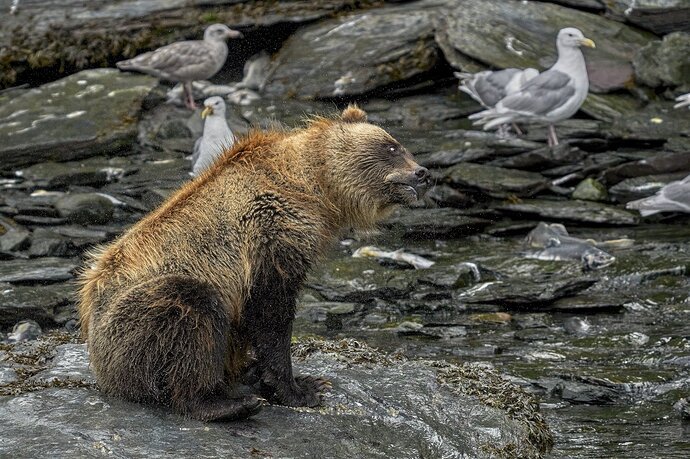 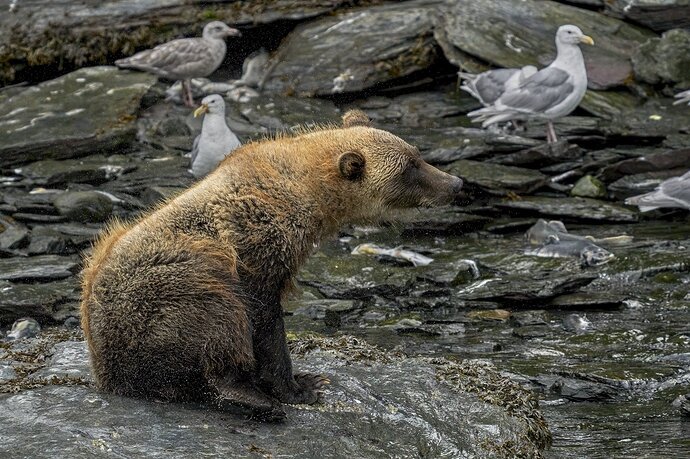 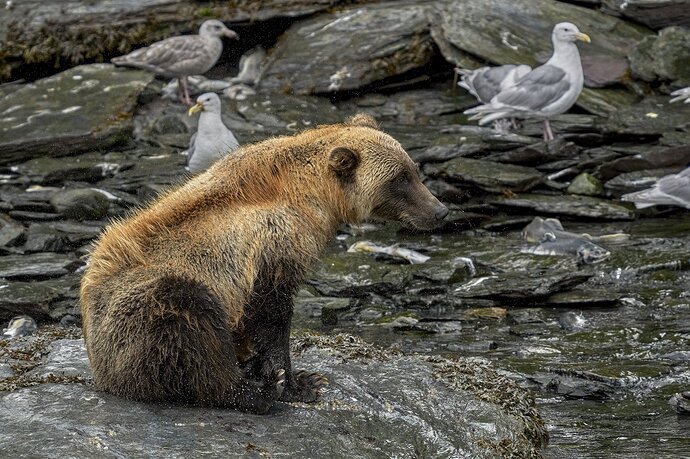 I was shooting photos of this gorgeous but sopping wet Brown Bear sow as she was wading around in the tide water catching salmon. At one point she climbed up on this rock and sat down. I was just beginning to shoot a photo of her on the rock when she began shaking the water off. I held the shutter button down until she finished. All of the frames took place in less than 1 second.

Wonderful series, Gary. It doesn’t seem to want to enlarge, at least for me??

Thanks, Linda. I think you viewed too soon after I posted. The system took quite a while to prepare the large versions for display. You might want to try it again now. You should be able to view the first one large and then use the right arrow to cycle through them quickly, which gives a good sense of the action.