I drove up and parked close to this gravel berm that is next to the rocky beach and was grabbing my gear with the intent to go down to the beach and see if I could get some action shots of the terns that were fishing in the area. I grabbed my camera from the passenger’s seat and when I turned to get out of the truck I saw that this Arctic Tern had landed on the berm within ~15 ft. of me and was crouched down and periodically screaming. instead of leaving the vehicle, I rolled down the window started shooting photos of her. I was caught by surprise the first time that it became obvious what was going on. Another Tern (its mate) suddenly appeared with a small fish in it’s beak and delivered it to the first Tern then disappeared to get more. Once I realized what was going on, I was prepared for the next arrival and captured a whole sequence of the feeding operation. The following are the key frames from the sequence.

NOTE: I posted one of the frames in the Critique forum with all the technical details. 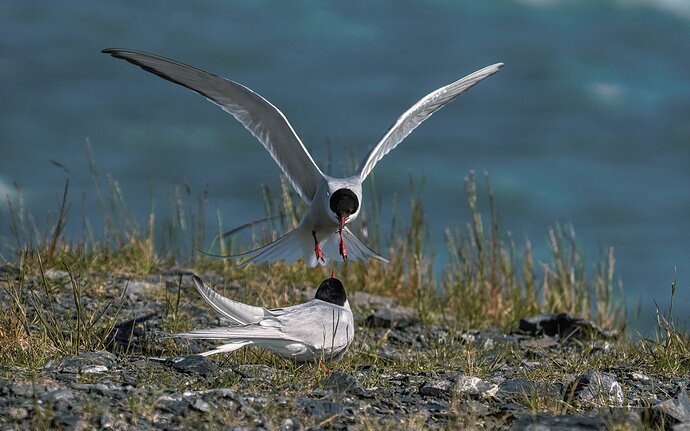 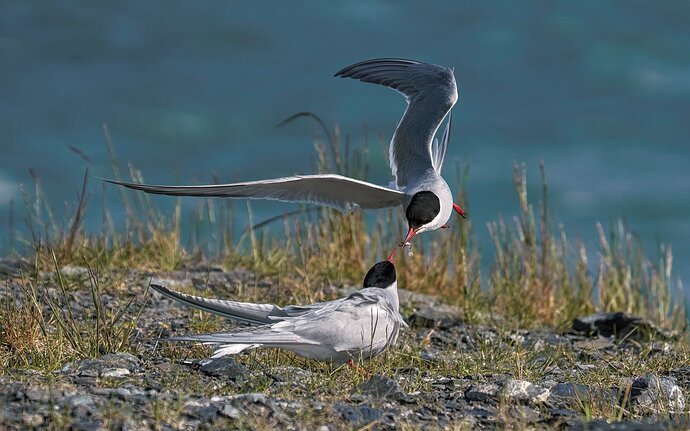 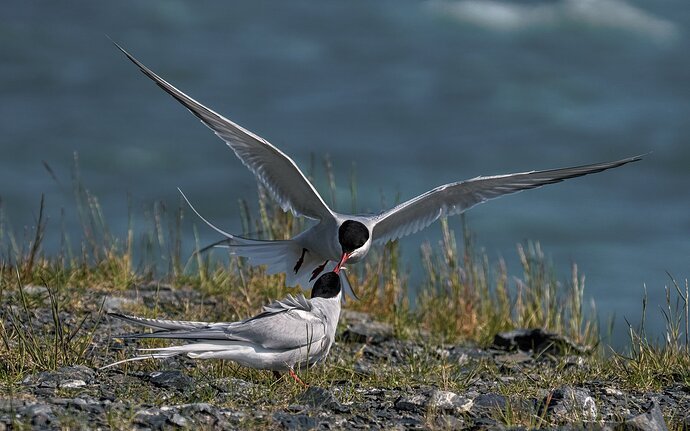 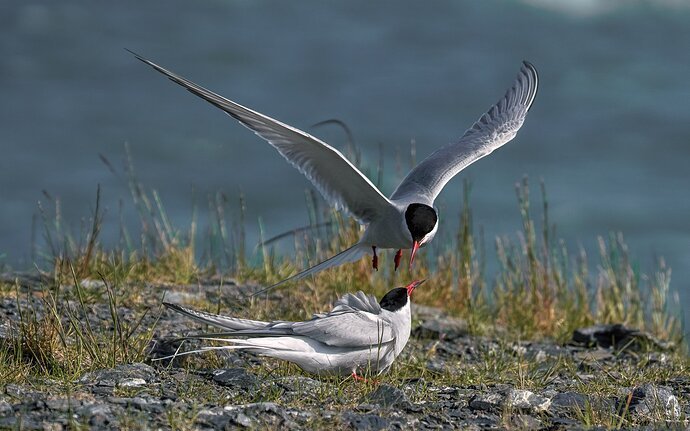 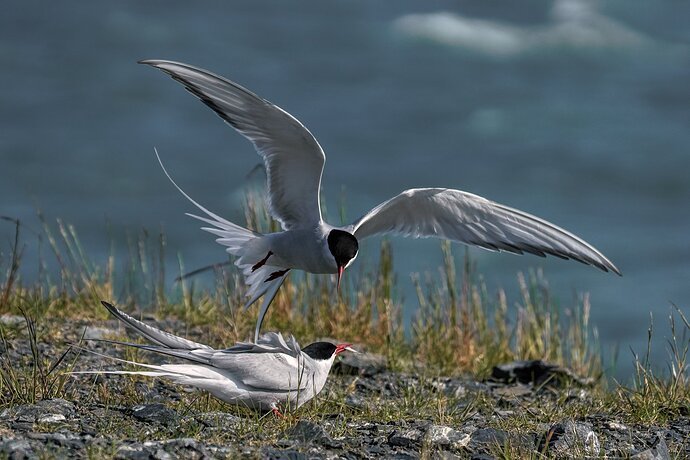 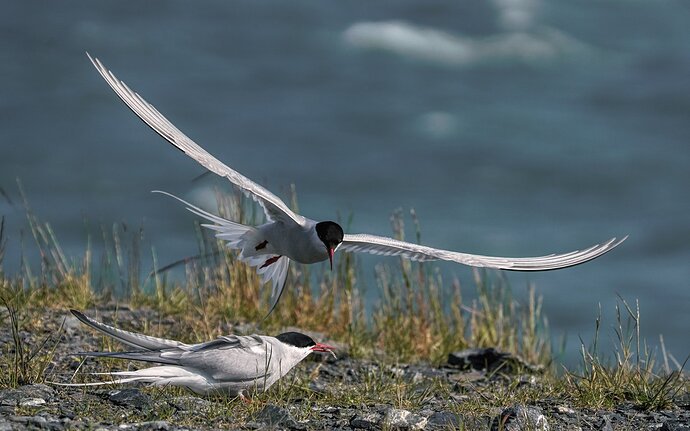 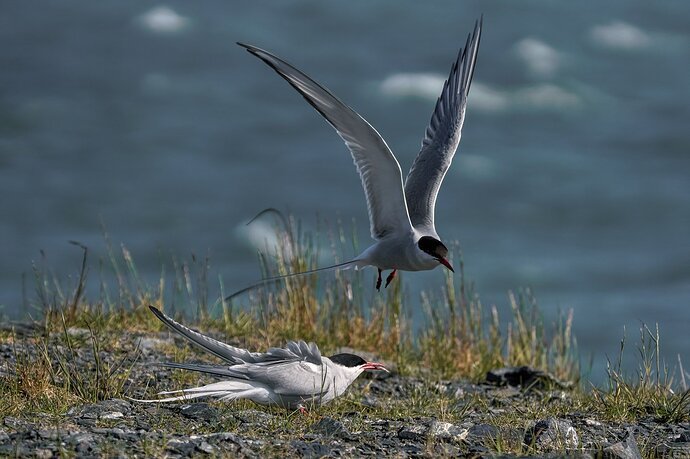 And that’s it! It all took place in about 2 seconds!

Having just photographed the same species in Iceland, I have a full appreciation for how you stayed with the scene to capture all phases of the feeding. I should have done the same with this feeding I captured. 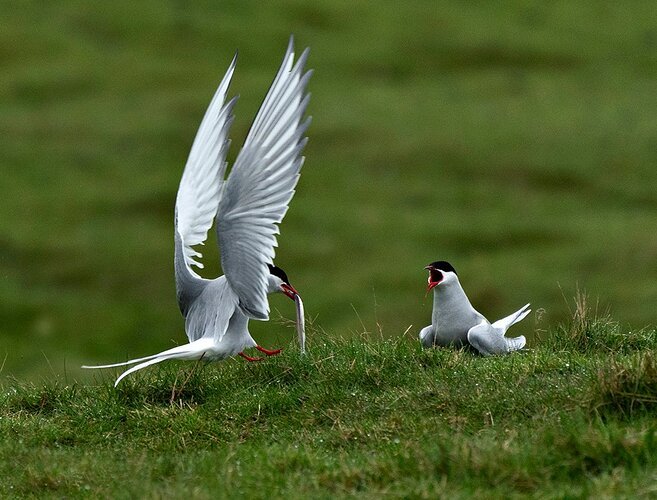 Although I did stick around and get a few different sequences, all I had to do for this one is hold the button down for about 2 seconds! At 10 - 12 frames per second I got more frames than you see in this sequence. I just cherry picked them to show the key elements of the transfer process.

Superb sequence, Gary. And to catch it without clipping a wing is pretty incredible. Congratulations.

This was the second try, Dennis. I was caught by surprise by the first one and was zoomed in way to far. Almost every frame had clipped wings in that group. I got great close-ups of faces and fish though