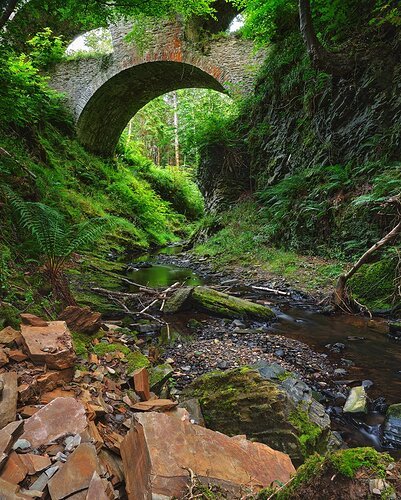 There are two sides to a bridge and whilst the other side has more than a passing resemblance to the Amityville house of horrors with its multi-tiered lidded eye arches, I think the echos of Amityville are considerably more intense when viewed from this side, it really does lend itself to the stuff of nightmares. The river quite literally winds itself into the gaping maw of the monster. Definitely one to stay away from as night falls me thinks.

Ian, I feel like this image suffers from too much of a good thing. By that, I mean, there are just too many elements for my eye to absorb. For example, I find the orange stone in the foreground , while interesting, becomes a distraction overall, pulling my eye away from the illuminated foliage under the bridge and the bridge itself. It is something I’m trying to hold myself to all the time - ruthlessly editing anything that doesn’t support what the picture is truly about. By editing, I don’t so much mean cropping in post as composing in the field. Still, you might try cropping out the orange stone just to see how that affects the image - I think it would improve it.

I will agree with @Kerry_Gordon. I feel the FG rocks really conflict with the rest of the image JMHO

Hey Ian, You’ve got a nice shot & composition here - cool hearing the story behind the bridge too! 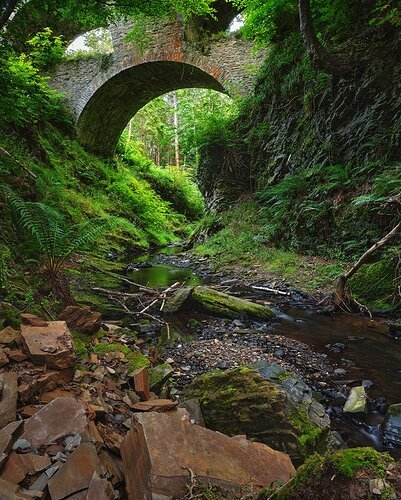