The Sentinal updated (I darkened the background, removed some of the sharpening, darkened the coyote to bring out color as well as added a little saturation. Finally, I made a few small adjustments to the eyes like slight sharpening and darkened the pupils.) 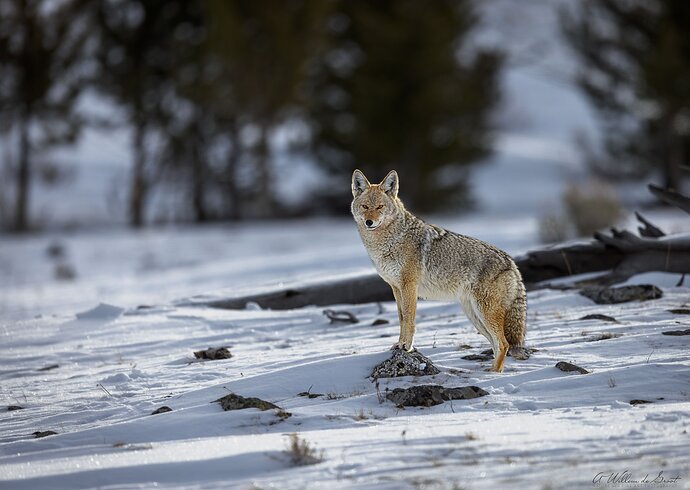 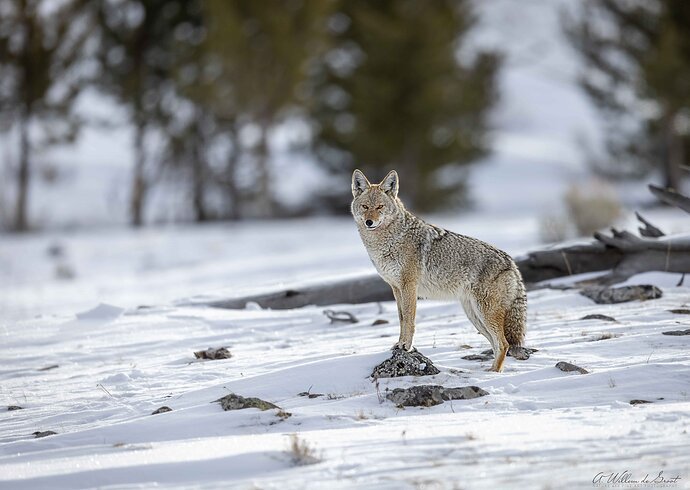 I captured this image in Yellowstone National Park right along Grand Loop Road. I was set up on the side of the road near where a pack of wolves had killed an elk the evening before in hopes that the pack would return. It never did, however, this coyote crossed the street with about 10 yards from where I was standing to explore the carcass. It was very entertaining to watch how cautious he was. He walked around the are of the carcass for around 30 minutes constantly stopping as shown in the image to presumable look out for wolves. Finally, he disappeared into the pines to get a meal.

This is a very nice capture of a very handsome coyote, Alexander! Composition and details are great as is the pose. A little less exposure would have been nice as it would have provided more texture & detail in the snow and a little more contrast and warmth in the coyote’s fur. Sometimes the opportunity is not what you’re expecting but it’s good that you were in the right place to take advantage of it’s appearance!

I try to have a good look at a posted image before reading technical details and desired feedback, I do that so I don’t become fixated on any particular part of the image.
In this case I noticed that the coyote was too sharp and that the BG was a little too bright which made it compete with the coyote some, a darker BG in cases like this give the image more depth IMHO.
Before saying anything else, I’d like to compliment you on the image itself as well as how you managed to get it!

Very nice composition and the coyote is posed perfectly IMHO.

I cleaned the snow flakes off of its snout but keep in mind that if it had been dusted with more snow it would have been better to leave that alone.
I managed to reduce some of the sharpness using a mask just on the coyote and I painted some new eyes using a paint brush, gaussian blur, fade, color layers, more gaussian blur and more fade until it all blended together to look natural, the eyes were not recoverable as they were and the eyes are super important IMHO.
Then I made some adjustments to the foreground for detail with a mask covering the lower portion of the image (up to about where the fell tree is).
Next, I masked the upper portion of the BG and softened it as much as I could, then brought down the exposure enough to make the head of the coyote stand out more.
Lastly, I bumped up the contrast and saturation just a smidge on the coyote, again, just to make it stand out a bit more.

The reason I did this was to demonstrate and explain how I handle different parts of an image to give it a little more definition (bring out the main subject a little more).
I generally work with several layers that are usually hand brushed (with a mouse) rather than AI selected, I do use AI selection tools occasionally but I come from a time when AI was only a dream for some. That approach allows me to be a little more precise with specific areas of an image (I hope that make sense).

Anyway, I hope that was at least slightly more clear than waist deep hippo mud

And I hope you don’t mind my working with your image.

It is a great image and a great story behind how you got it!

P.S. I almost forgot to mention that there is some banding in the upper portion of the BG and through the center that I couldn’t get rid of without using a heavy blur, of course that may not be an issue if you decide to print it, just do a fairly small test print first. 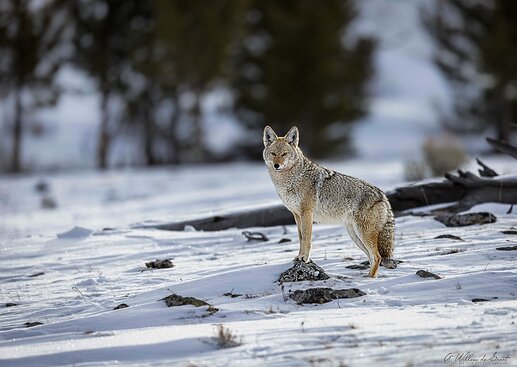 Thank you @Gary_Minish and @Merv for your feedback! Darkening the background made a really big difference as you both suggested. I struggle with some of the more subtle adjustments like the level of sharpness and adjustment to the eyes. I have made another version above with many of the suggestions incorporated. Thank you both again!!

It was already a striking image but the updated version sets it off IMHO.