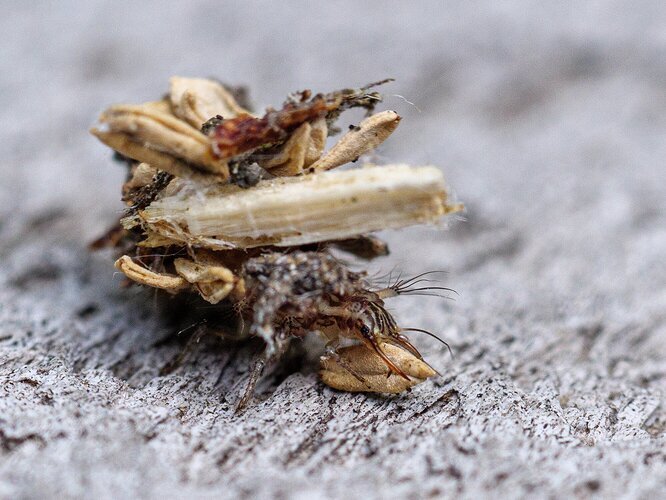 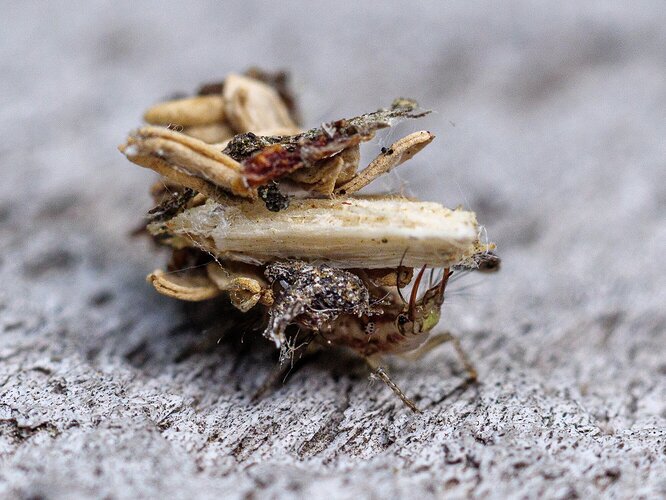 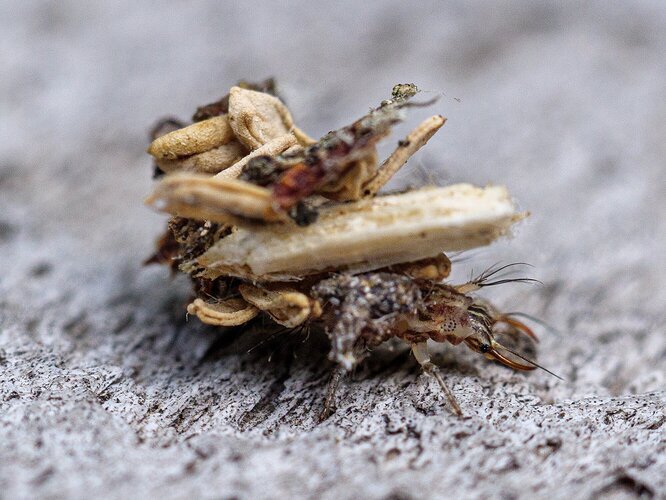 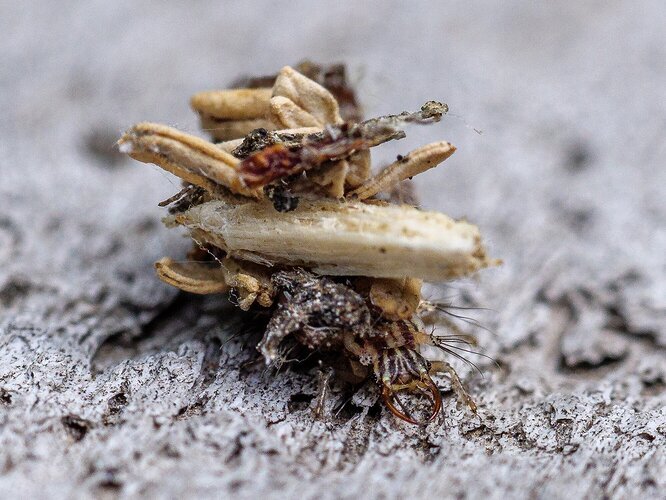 I’m putting this here because I really wanted to just share the phenomenon and not necessarily have a critique dialog. Being a nature photographer has fueled my curiosity for the natural world and vice versa - I am sort of driven to capture the strange and the unusual as well as the beautiful and majestic.

This tiny thing I call the Wee Crud Monster is a case in point. It was on my deck railing and is ¼ inch long or maybe a bit less. I was trying to photograph some energetic jumping spiders when I noticed it moving deliberately; not being blown by the breeze. Because it just looks like a ball of crud I didn’t pay too much attention, but it moved again and it had me.

My 45mm macro is a true macro lens for m43 and so I could get right up on it and darn did I get a few good images. Basically this tiny thing picks up bits of debris and somehow glues them to itself to form a disguise. Further research proved it is a lacewing larva. Wingless until it finally morphs, it spends its days hunting and devouring anything smaller than it. With those pincers I don’t doubt it’s a pretty scary beast if you’re an aphid or a springtail. The larvae are sold in the garden industry as an organic approach to pest control. The adults are pollinators.

Between bouts of activity it stood quite still and so I could get these images. All handheld while resting the camera and lens hood directly on the deck railing. The only other insects I know of that do this are caddis fly larvae - I see them in the shallow water by the dock just ambling along with all this stuff stuck to them. Nature amazes me almost every day.

Processed in Lr to bring up shadows quite a bit and some exposure. Contrast & texture. Cropped a little as well.

Truly amazing, Kris! Nature is so incredibly amazing. I never even heard of anything like this, and for it to be so tiny and you notice it and recognize that it was a living creature, and not just a blob of debris amazes me as well. You sure have an eye for things like it, and have done your research on the tiny creatures so you seem to know what they do, and what they are. Thanks for sharing!

How cool. LOL
Nature can really intrigue you.

Fascinating series, Kris. So agree about nature being amazing. Thanks for posting.

Fascinating critter. I, too am amazed almost daily at the natural world. Thanks for posting.

Cool. I do that sometimes too when I see something I have seen before such as this assassin a.k.a. wheel bug. 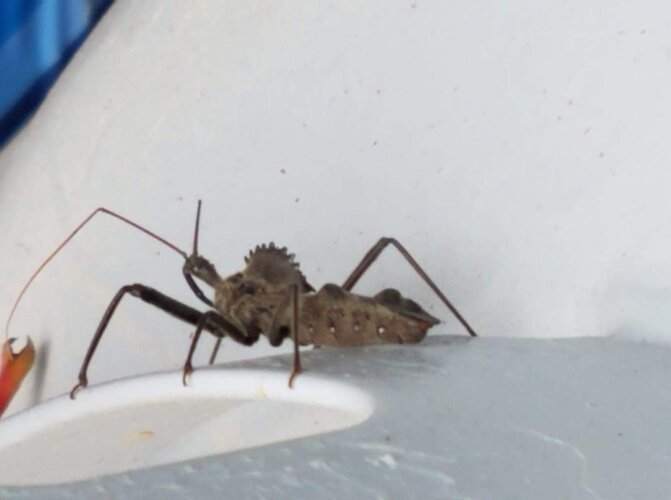 So interesting @Kris_Smith. Great shots of such a small creature. I guess it produces an adhesive to keep all that stuff on its back. This camouflage can both protect it and allow it to fool prey. But I’m sure it ends up sometimes in a human’s trash can (not yours!) if it comes too close to us. From the little I can find out online, it seems to shed all the junk before entering the pupal stage, while the caddis larva lives inside a silken case, also building up its camouflage as it goes along; but its cocoon can also be disguised with crud. Your photos keep me busy!

Wow! I’m so glad you guys liked the Wee Crud Monster. Sometimes the non-glamour shots sink like stones never to be seen again. Not all nature photographers have naturalist aspirations, but I thought some of you might. I was just amazed I got it in focus…I couldn’t even tell it had a face at the time, but figured it had to be in the front somewhere!