When you are awakened by thunder and lightning, what else are you supposed to do? 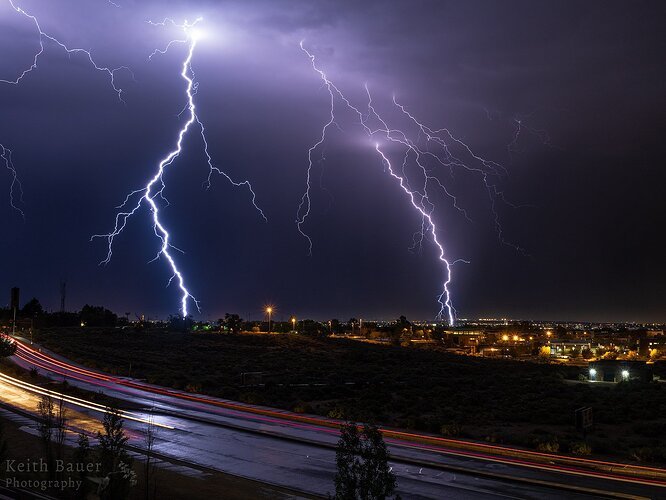 We had an amazing thunder and lightning storm here in Albuquerque early this morning. Made a quick run up to a spot I thought might work. Took a bunch of frames until the storm moved a bit too close for comfort

The processing here is outstanding as well, great detail in the foreground. I also like how you were able to include a nice variety of colors in the human elements in the foreground, which adds a lot. I think including the road in the composition is a good choice, it makes this a much much more dynamic image.

This is a great shot. I love the double strike with a bit more off to the left. The road is a nice touch for scale. Nicely done.

I can tell its a long exposure from the light trails of the cars on the road, but was the exposure long enough for multiple bolts or was those bolts in the frame simultaneous?

Separate bolts of lightning while the shutter was open.

Nice grab, Keith…there are so many lightning shots out there that its usually the foreground interest that makes the shot, and this works nicely.