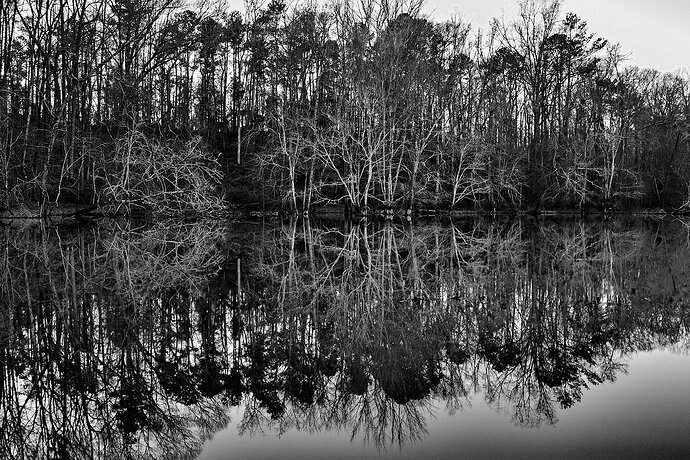 A small pond in Athens (GA). One of those settings that look much better in black and white.

This is a little-known lens from the Zeiss Ikon Icarex system, late 1960’s - remember them? As all things Zeiss, the optics were outstanding. The clunky German SLR bodies could not compete with what Japan was producing at the time, though.

Please do not critique this image. Galleries are for sharing and discussion only.

I like how you’ve caught more of the topmost branches in the reflection, Alberto, and the range of tones. Sure you’re right about a conversion but wonder what the colours were ?

Ian,
The sky and the bare trees are fine, but the water is yellowish-brown. The pond fills a man-made moat from which they used to dig out clay for a nearby brick kiln that closed down sometime in the first half of the century. Sometimes in autumn, with the foliage turning and if the sun is just right, color works. At all other times, when I photograph here I “think” in B&W and try to focus on textures, shapes, etc. only.