Today…or maybe it was yesterday, the newly branded OM Systems camera company announced the last camera that will bear the Olympus name. It is an OM-1 which in a way is quite appropriate. I’ve read some of the specs and watched a field test of it and it looks like a winner. Probably not enough for me to leave the Lumix fold as most likely my lenses won’t work as well as they do on my G9, but enough to give me some hope for the future of M4/3.

So just for fun I pulled my still functional OM-1 out of storage and took a couple of photos (of it, not with it, lol). I shot with this rig for 20 years and it still tempts me. 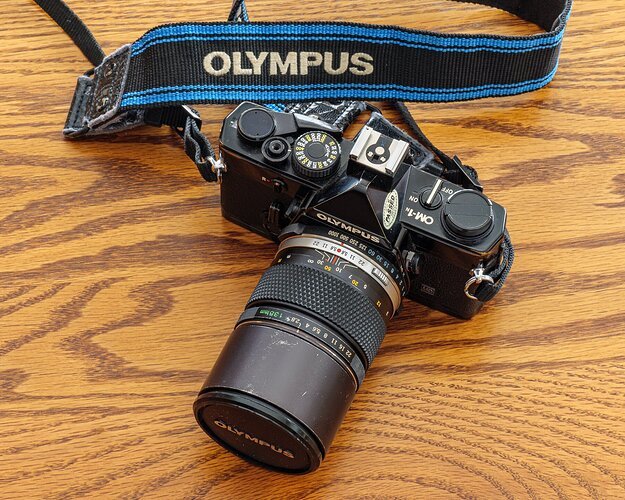 I can’t imagine a bigger difference between cameras than the 35mm OM-1 and the Digital OM-1. The relic has a matchstick meter, an on switch, film speed setting dial, shutter, wind lever and rewind switch. That’s about it. Fully mechanical and a slightly dampened shutter sound. Here it is with my OM-3 and my OM-G (yup, it really is called that, not that they’d have had any idea where that would go). 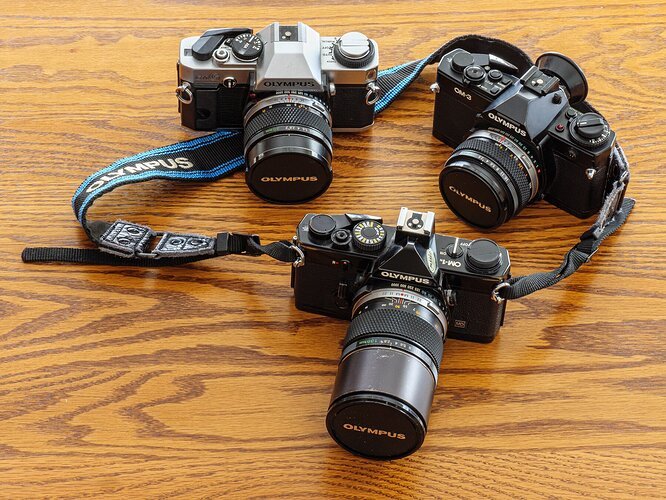 Unfortunately I have only one eyecup for the three bodies, but since I haven’t used one in a decade that doesn’t matter. Makes me all nostalgic though. Well, kinda. I don’t really miss film that much, but it was fun and all we knew.

I learned on the OM-1, which my father first loaned to me as a teen, and then later in college. I loved the feel of it, and was pretty upset when he gave it away to someone.

Hi Kristen
You left out the Christmas Day effect of getting your roll of 36 frames of ASA 64-400 slides or prints back from the photo-lab.
Peter

Too bad it’s gone, @Max_Waugh, just for listening to the shutter alone, although I like the sound of the OM-3 better.

yeah, I loved that part of getting a roll of film back, @peter - first the birthday party, then the beach, a car show and a random picture of the cat.