As a long-time Canon shooter, I’ve been watching the high-end Sony bodies with some envy and hoping for a similar offering from Canon. I just got the Canon R5 and their new 100-500 and thought I’d start a discussion, FWIW and to invite other observations.

Briefly, the things I have gained over my 1DX2 and 5D4 (much of which is routine for mirrorless bodies):
Autofocus at > f/8, in lower light, and across the entire sensor
A reticulating back screen
A lot of useful information in the viewfinder
A built-in intervalometer
Wi-Fi connection to my iPhone to enable remote control
A little more resolution
What is about the same:
Noise and dynamic range at mid to high ISOs
Flash sync speed is still 1/250 sec.

I’m on a learning curve for muscle memory to make quick adjustments, but buttons and dials feel well placed. Customization is flexible and easy for things like back button focus and a one-button switch to animal eye tracking. The buttons and dials are more closely packed on the body than on my DSLRs. I’m one of those 3/4 scale people, at 5 ft and 120 lbs, and the layout fits my small hands. The rig is almost the same size and weight as the Canon 5D4 with the 100-400 II. The R5 is fully compatible with all my Canon lenses, with an adapter that is no bigger than a short extension tube. I’ve seen no degradation in quality or functionality compared to the lenses on the 5D4 or 1DX2.

The raw files are about 57-62 MB (depending on the image detail) and are noticeably slower for Lightroom to download and create 1:1 previews, compared to the about 40-44 MB files from my 5D4. I have seen criticism of the Adobe color profiles but maybe they have been fixed, as I don’t see any differences in color compared to viewing them in Canon’s DPP converter. An online reviewer says he doesn’t see any image degradation with the largest compressed raw files, which are faster to work with.

There are now three shutters – electronic, electronic first curtain and mechanical. The electronic shutter can shoot up to 20 fps and is completely silent with no flickering in the viewfinder, but you have no indication you are shooting. (At 20 fps that may not be good…) The mechanical shutter gives considerable viewfinder hesitation between frames, even at 12 fps, which makes it very difficult to follow a moving subject. Electronic first curtain is a very good compromise with only a little flicker that is easy to ignore. But there are some strange image artifact variations among the different shutters, mentioned in one of the videos posted below.

The camera comes with a Lexar Professional 128 GB CF Express, and reader. The second slot is an SD/SDHC/SDXC (UHS II). I can use my old SD cards, but they are slow. A compatible card whose write speed won’t choke the buffer is the Lexar 128 GB 2000X SD UHS-II at $170. I’m hoping my old Lexar dual-slot CF/SD reader works with it.

Noise: Resolution increased from 20 MP on the 1DX2 and 30 MP on the 5D4, to 45 MP and the smaller photosites present issues with noise and dynamic range. Somewhere I saw the claim that noise at ISO 12,800 is lower than that at 3200 on the 5D4. I was very skeptical, so I shot a clear blue sky at ISO 3200, 6400 and 12,800 on both bodies, at middle exposure. Layering them, there was no significant difference except at 3200, where the 5D4 was very slightly better. (The R5 has more megapixels and thus its canvas is larger. I did not normalize the sizes.) That conclusion matches a graph in the article by E.J. Peiker referenced below. Topaz DeNoise AI will deal with it well for everyday subjects without fine detail, but detail on a bird or furry mammal that is small in the frame will easily be swamped by noise.

Dynamic range: A higher value allows more shadow recovery before noise becomes unacceptable, and I have not seen any improvement over the 5D4 or 1DX2 at my normally needed mid to high ISOs. Exposing to the right without blowing out whites and bringing down exposure in raw conversion will minimize the extent to which noise appears, but at high ISOs it will appear quickly.

AF: Focusing directly on the sensor makes autofocus microadjustment a non-issue. Autofocus is very fast and eye detection AF is amazing and can track a small, dark subject across the entire sensor. But if focus is lost it can be a lot of trouble to get it back, just as with my DSLRs. I can now autofocus in lower light than before. The AF sensitivity is 3 stops better than my 5D4, down to -6 EV, compared to -3 for the 5D4. My DSLRs would autofocus below f/8, but only in Live View. I could autofocus with the 600mm f/4 with both the 2X and the 1.4X stacked (with a 12mm extension tube between them). In this arrangement the camera doesn’t see the additional 1.4X and the focal length is reported as 1200mm and the aperture as f/8. The additional stop of the 1.4X would make it f/11. The R5 (at least with my Vello adapter) won’t read the aperture and won’t focus with that arrangement, but I can focus manually. In order to fire the shutter, though, I need to change from Servo AF to One Shot. It will autofocus with the RF 100-500 at 500 + 1.4X, which is f/10. It is said to do so with the 2X, which would be f/14. Beyond that I’m curious how far it will go. I will try stacking extenders when I get RF extension tubes.

Viewfinder and back screen: The high-resolution viewfinder feels close enough to the optical ones I’m used to. There is very useful (and somewhat customizable) Information in the viewfinder and on the back screen, including small icons that show which dials change aperture, exposure compensation and ISO, for which I am grateful as a new user. The live histogram is wonderful, as is focus peaking for manual focus. The reticulating screen is very nice. I can keep it folded in so it’s protected from the sunscreen on my nose, flip it out, turn it and tuck it into its port so it looks like my DSLRs, or even turn it so it’s visible from in front of the camera.

Even without shooting video, battery life is not great, depending on EVF/back screen use, but it will use the batteries from my earlier DSLRs, although they don’t last as long as the new one.

There are a lot of reviews online. One of the most neutral and comprehensive, although preliminary, is by E.J. Peiker, in his newsletter for Autumn 2020, found here: https://ejphoto.com/newsletter.htm. He presents a diagram that shows the dynamic range of the R5 to be a stop better than the 5D4 at ISO 100 and 125, then becoming equal from 160 to 250, then jumping to worse at 320 then jumping to almost a stop better at 400, 500 and 640. Above that the two are almost equal. So I will use 100, 125 and 400 to 640 when possible, and avoid 320. He also discusses issues with full electronic shutter and dynamic range. He speculates that in order to achieve a readout of the sensor at 20 fps the bit depth drops from 14 per channel to 12. His conclusion: It appears Canon has closed much of the gap with Sony, although Sony does it with 61 MP in the a7R IV, compared to 45 MP for the R5.

Thanks for the nice review. I, too, have been eyeing Sony and I may be glad I waited, as I also shoot Canon and will be able to use my lenses with the adaptor.

Thanks Diane for the very good hands on review. I have two excellent cameras now with a 7D2 and 5D4. At times I am missing shots due to slow or missed focus. Flight shots, birds in bushes or birds in cluttered bg situations the focus at times is not what i would like. It could be me or the way i have things set up on the cameras, but I don’t think it is always that. The focus of R5/R6 seems attractive.
It does not seem file or picture quality is a big change from 5D4 . Although bigger files do have advantages.
And thanks for the video links. I am sure they will be helpful as well.

Thank you, Diane. I’ve been on the waiting list (several vendors) for nearly a month now, and still can’t get my hands on one.

I admit I was drawn to this camera not just because of the autofocus improvements, but because some early reviews indicated that the high ISO noise was vastly improved. Lately, I’ve been hearing from friends (and now seeing in your review) that this isn’t the case. Part of me wonders whether to bother with the investment at this point. On the other hand, this is the future, and I don’t mind reducing weight moving forward.

Hopefully I can finally test it some time soon!

I would SO love about a tenfold decrease in noise / increase in DR, but it could be a while… I got one through my local photography store, which also worked with another new release some years back. I was in the queue at B&H with about 10,000 other people when the local store got one in. And by luck they had the 100-500, which I was going to wait on, but it was too good to pass up the chance to get one. (Spending the kids’ inheritance… They figure its a good deal if the mental stimulation helps keep me sane.)

A HH trick I’ve used for a long time – I rotate the tripod collar about 60 deg CW so the edge of the foot rests on the base of my left thumb as my hand is cradled under the lens. It confers a little more stability and microscopic amounts help. I do what ever it takes to keep my hand away from the focus ring.

The R5 still has the same “AF cases” and I was never able to tell much difference between them. I need to try again. The eye AF is amazing, but I’m still struggling with muscle memory. The BBF button is about 1/8" away from where my brain thinks it is and there is a whole new button (next to it) to trigger eye AF. Once triggered it seems to stay on, but for how long I’m not sure. Sadly, the manual seems to have reached a new low…

I just made a correction – I rotate the collar CW, not CCW (as viewed from behind the body). 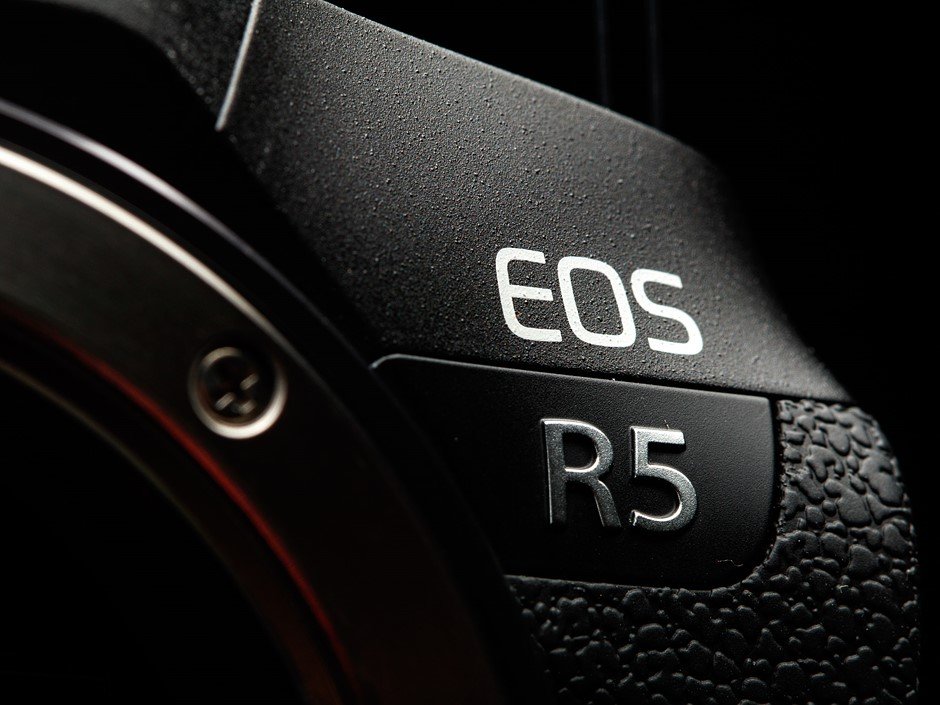 Canon's EOS R5 is one of the best mirrorless cameras on the market today. But even with its 45MP sensor, 20fps bursts and 8K video, its not without its flaws. Find out all the ups and downs of Canon's latest mirrorless flagship right here.