Hi All
Tried something a bit different out, mostly looking for feedback on the comp and idea but more than happy to hear processing feedback too.
Usually I shoot upstream, toward the direction the water is moving however the late afternoon light on this corner was begging to be shot so I tried to make it work.
Unsure of whether I was successful or not, the water at the bottom of the frame drops off sharply to a medium sized waterfall and carries on around the bend. Not sure whether the depth there was in the physical scene translates well and immediately into a photo. 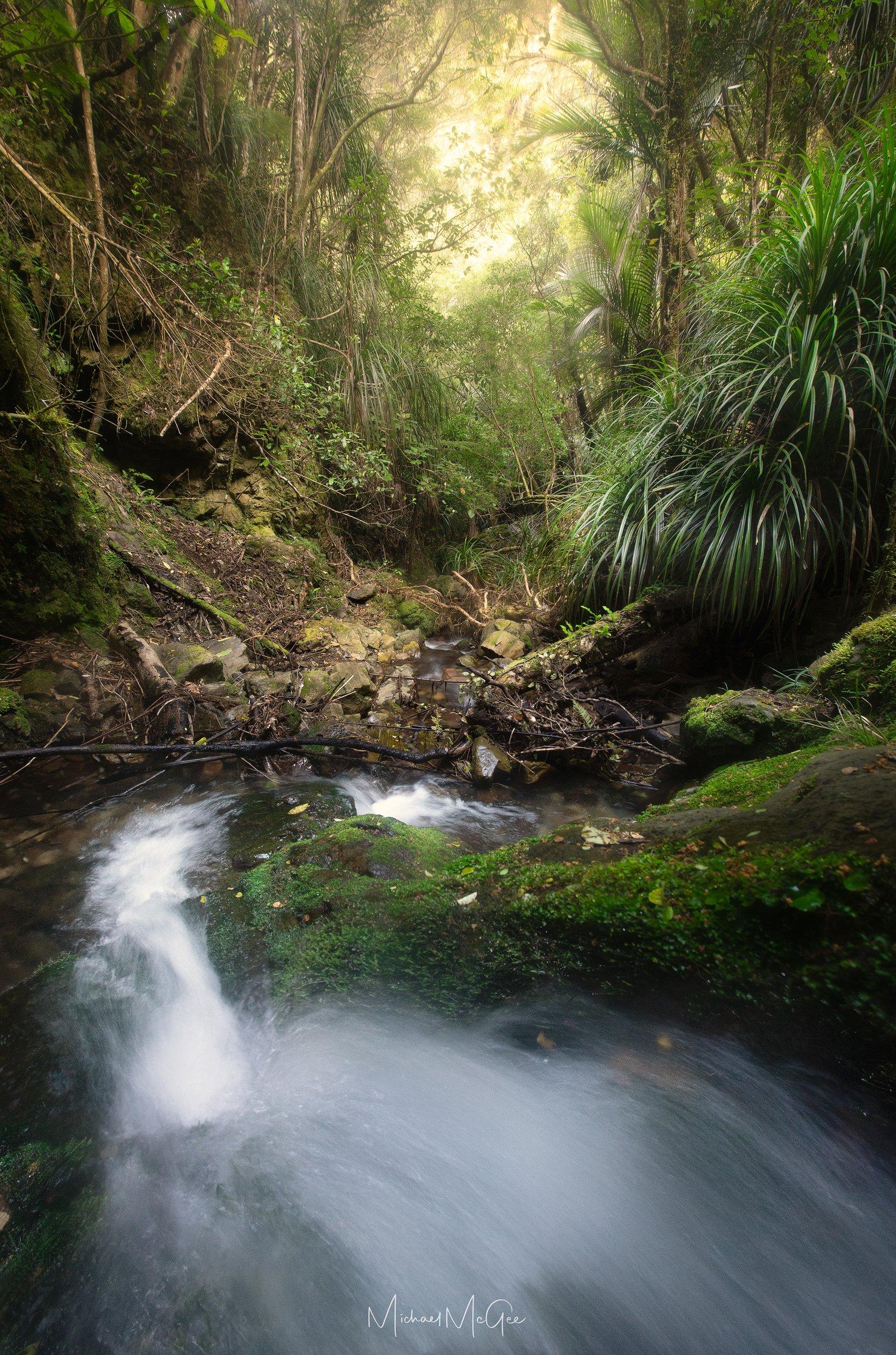 I like the light and the color. My eye goes from the foreground water to the bright background, and sorts hops between the two. You might also consider taming the very high values in the water and far background. There are nice lines and curves, and I like the light on the vegetation on the right side.

These kinds of shots a re tough, but overall I think this works.
-P

Michael, I’ll admit up front that water flowing away from me usually is not my preference, but it can work sometimes. I assume that you shot in this direction to get the warm sunlight coming through the background trees. But I think my eyes are getting confused by this composition. To me there is an optical illusion that the water in the lower right corner is flowing towards the viewer. But since my eyes believe that, then the mid-ground water going around the bend looks really weird because it clearly is dropping down and way from the viewer. This apparent contradiction sort of confuses me visually. I like your color, exposure, saturation, and whats going on in the sunlit background. but this feeling that the water is flowing in opposing directions is a little jarring to me.

I would concur with Ed about the way the downstream comp is working. That said, I really like what is going on in the back with the image fading to the mysterious bright light. I might think about cropping off the foreground falls completely which would eliminate the mind bender?

Tough one Michael. I think I do see what attracted you and prompted you to shoot this view; not without some obstacles though. To me, the water flow at the bottom disappears mid frame and there isn’t much to connect to the light in the bg except for debris and rock fall. Plus the water up front is a little off balance, heavy to the left.

I think the potential here is the “light at the end of the tunnel” effect. I think that could be exploited a bit. As presented, it’s a bit hot and white. I could see warming up that light a bit and even adding a slight Orton effect to create a little more dreamy attraction to the light. But I’m not sure if that’s your vision or not. Just a thought.

@Preston_Birdwell Thanks for the feedback, I also really like the vegetation on the right side.

@Ed_McGuirk @Lon_Overacker @Harley_Goldman Thanks guys, I think that’s what I needed to hear. The depth and angle is jarring to the eye and isn’t immediately viewed the way I intended.
Think this one is gonna stay unpublished.