A Tale of Two Eagles

Earlier in July I paddled on the Somo River near an eagle nest I spotted last year. It is in a neighborhood of many houses and camps with a fair amount of boat traffic (pontoons mostly and it’s a no-wake zone, too) so the eagles are pretty inured to human activity. 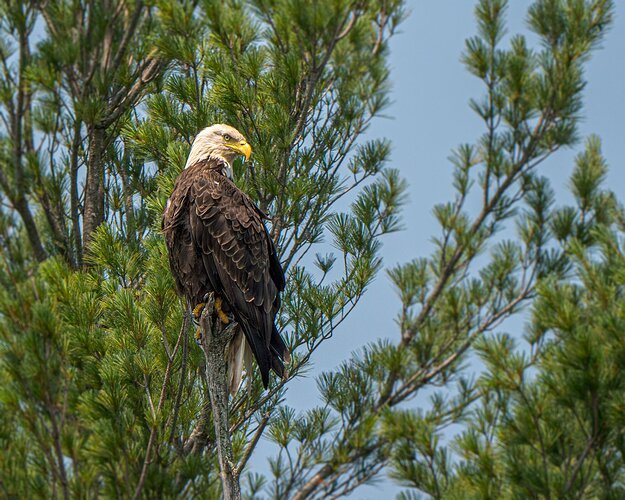 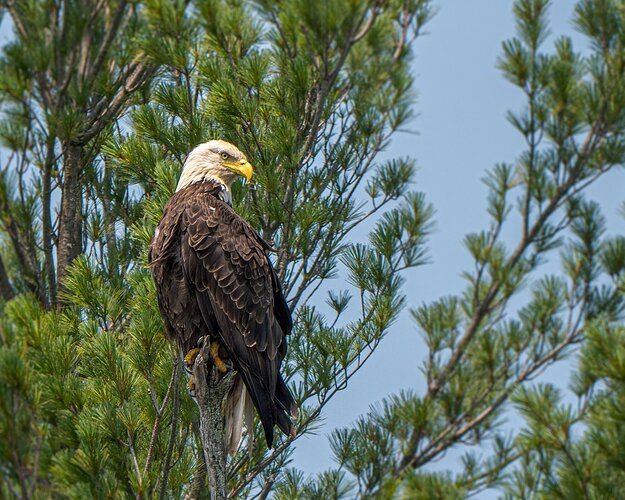 (Adult shot) Judging by the size, I think this is dad. He flew off away from the nest for a bit, but then later I think mom came in and caused a ruckus (see next pic). The nest is across some water a few hundred yards away over his right shoulder. I could see one youngster over that way and eventually I made my way over. 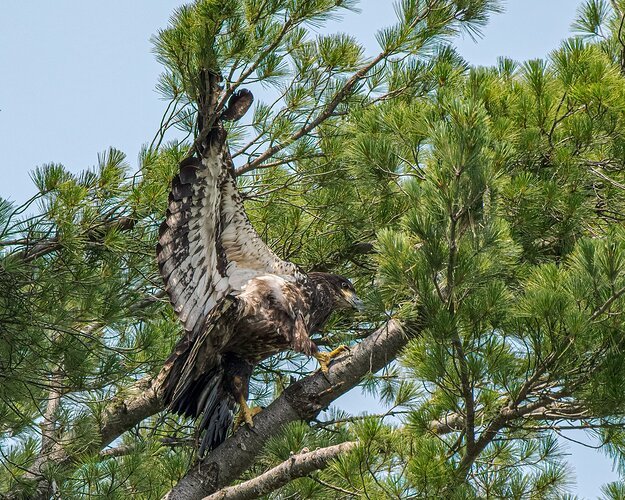 Junior was sitting here quietly when mom (I suspect mom by the size) flew in just behind the nest (which is about 10 feet to the left out of frame). They were both yelling their heads off and this one decided to have a big flap and try to turn at the same time. Got the wing caught in the branch overhead and s/he panicked. It freed itself and flew off all the while screaming. I couldn’t see the parent in the tree, but eventually it flew off to see about junior and they both continued to yell for a while then all was quiet. Don’t know if this was the youngster’s first flight, but I hope not. It will need PTSD therapy!

General impressions and ideas for improvement are welcome

Is this a composite? - No (focus stacks or exposure blends are not considered composites)

Both shots handheld in the kayak. I was in the main channel for the adult, so rockier, a backchannel for the juvenile and much more steady, but I wasn’t moving that much for either.

Junior’s shot went through ON1 NoNoise and processed with a Linear Profile. A crop and some exposure added as well as clarity, texture & highlight control with local adjustment brush. 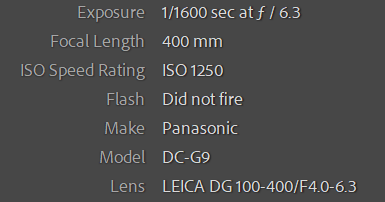 Dad went through Topaz Sharpen with bird masked & some noise reduction on top in Lr. It also started with a Linear Profile and had a lot of contrast and tone management as well as texture, clarity & a crop. I also played with a blur filter in Photoshop to de-emphasize the background. 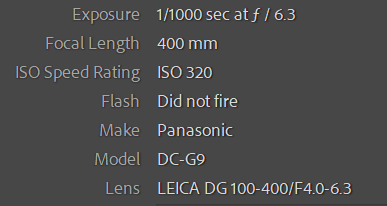 Wonderful to catch this behavior! I’ve often wondered if juvenile animals have the same sort of tantrums that human kids do. You would think so, as they must have their share of frustration learning how to be whatever-they-are.

Thanks, Diane. I imagine they do, too. The trials and tribulations of youth. I was pretty pleased to be on hand for this, too. It was wicked hot and bright and I was getting to the point where I was going to head back to the launch site, but it was peaceful and the birds were around so I stayed put. Glad I did.

Nice look at these magnificent birds, Kris. Nothing quite like watching the progression of youngsters growing up. A very special privilege. Good work.

A very cool pair of shots, Kris. I really like the behavior and situation of the Juvenile. It makes a great documentary image. The adult is a nice classic eagle pose. On it, you might want to look at cropping up about half way to the tail tip to provide the illusion of the eagle being a bit lower and the angle not as steep.

Thanks @terryb & @Dennis_Plank - I’m very lucky to have so many nearby and with nests on water that I can kayak on.

Thanks for the suggestion of a crop, Dennis. I hadn’t thought of trying it, but I like it.

Nice pose you captured Kris - such regal birds. The bird’s stare and head position is awesome. I like the second image with the crop from the bottom. Interesting story and well done.