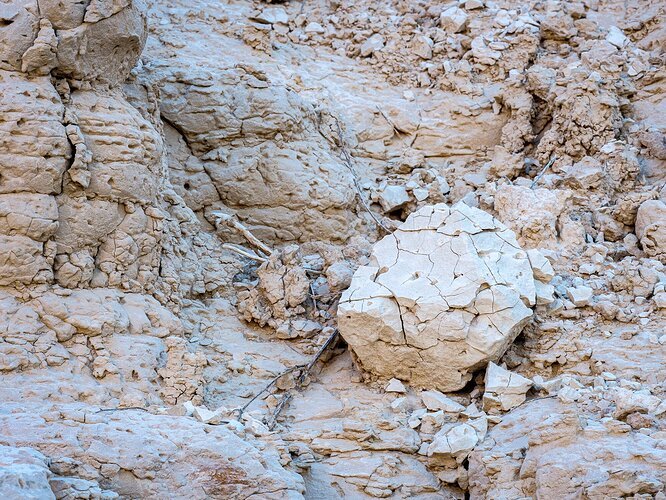 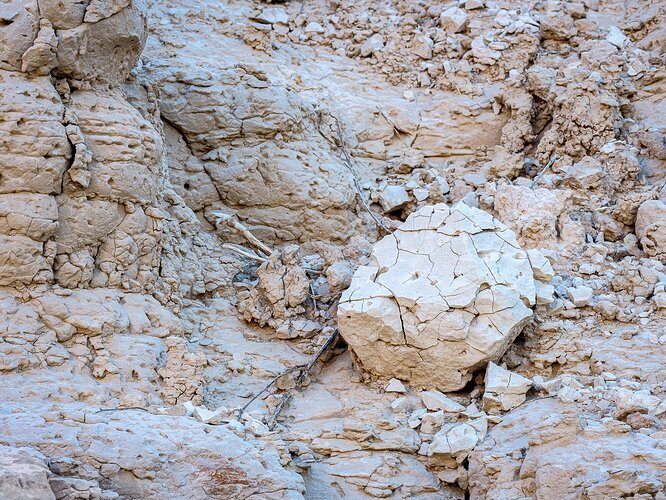 And doing the same for the ULC - 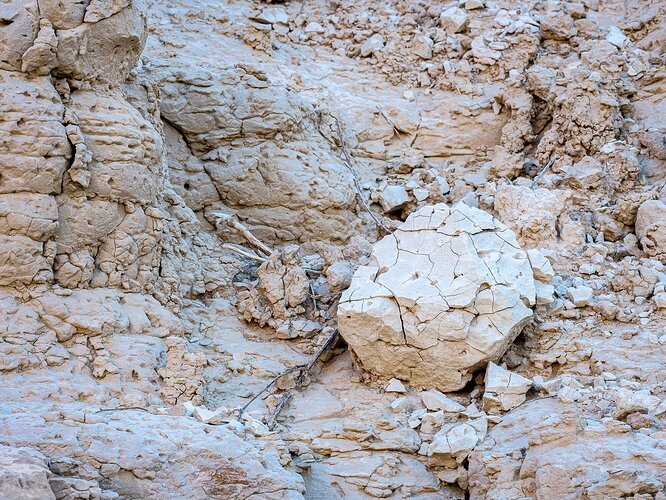 Another slice of a Badlands canyon at Window and Door trails. It’s a similar image to An Epoch on Saturn, but this time on the wall and not the floor. The result was a lot less reflection of the sky and so the colors were different even though the rock and mud are the same.

I’m curious as to your impressions and the connections you might make in your imagination when you look at this. I had some definite ideas and made some imaginative implications when I saw it, but I don’t want to say and color anyone else’s ideas just yet. 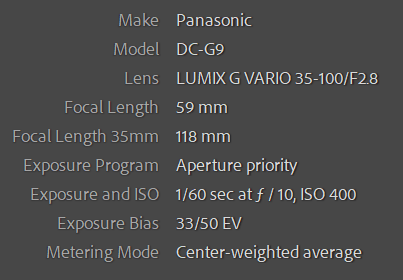 Lightroom for RAW work including a curves adjustment to keep the overall tones light, clarity, texture & dehaze as well as sharpening & nr. Applied settings to all shots and exported directly to Zerene for a PMax stack with little to no retouching (I can’t remember). Then back to Lightroom for more contrast and a mask to add some dehaze to the lightest tones only. Applied a slight crop to better frame the main subject.

That one rock looks fascinating. I can see why you were drawn to it. I might have done a portrait shot with the rock mainly in it. Overall, the scene looks too busy with scattered information everywhere. Highlighting the rock helps a lot but I feel there is still too much going on everywhere else.

Wonderful composition of a very interesting find. Makes me think it’s the petrified remnants of a stone-age softball game.

I agree with @Igor_Doncov about that rock. That is very cool looking. The lighter rock in the LLC could be cropped out as I feel it doesn’t go with the rest of the image. The holes in the wall and the rock make me think of a meat tenderizer, as if a giant came along and ran the tool across the entire canyon.

First off, I don’t recall if I’ve ever seen a ball of mud that’s cracked like this one is. Really cool stuff. Looks like a caveman cannon ball from the stone ages. You had some good finds on this trip of yours. Thanks for sharing all of them.

Thanks @Igor_Doncov, @Diane_Miller, @David_Mullin & @David_Haynes - it is a weird little object isn’t it? The place was dirty with them, but this one reminded me of a niche or shrine you might find in an ancient dwelling site. A place for offerings to the gods or to the dead. A lot of that was the detail that @David_Mullin points out - the repeated hole pattern on the wall. I like the tenderize idea - that’s pretty much how it looks. Although the light was bright and it was airy, it stills seemed intimate and sacred somehow.

Kris, I’ve been staring at this image for a while now and the longer I look at it the more I’m enjoying it. There is just something about the monotone look here that keeps me intrigued and the image does get the imagination running. With all of the pockmarks everywhere, my mind sees a prickly pear cactus where all of the spines have been removed. That must sound strange, but that’s what comes to mind.

Back to the technical – the rock in the very LLC bothers me a little bit so I would experiment with maybe cropping it out or something.

Thanks @Tom_Nevesely - I like your prickly pear reference! There were a few around, but the connection never came to me.

I had a go at the LLC with Color clone and a dodge layer. Does that help? Check the OP for comparison.

That definitely helps and makes the LLC a part of the image rather than a distraction.

This is a very interesting image, and it holds my attention for quite some time. I love how the dominant round rock is lighter than everything else, which helps differentiate it from the rest of the composition. The soft reflected light here works wonderfully with all of the texture, and your rework to help minimize the lower left corner works wonderfully. The only other thing I might suggest (and you would have to try it to see how well it works) would be to use a similar approach on the darker mass toward the upper left corner. Perhaps reducing the contrast or lightening it a hair would reduce a bit of the visual tension up there. All in all, this is a very well-seen and well-executed image.

Thanks @Tom_Nevesely & @Ben_Horne - it was a cool canyon and I wanted more time to explore it, but alas, we had to move on. Keeping the group together part of the deal with a workshop.

I had a go with a dodge layer for the ULC, Ben. See what you think it the OP. It seems to have a harmonizing effect. Thanks.

I might have done a portrait shot with the rock mainly in it. Overall, the scene looks too busy with scattered information everywhere. Highlighting the rock helps a lot but I feel there is still too much going on everywhere else.

Thanks Igor - I am attaching a portrait orientation of the original PMax stack for consideration. Valuable feedback that resulted in a completely different shot IMO and one that might be interesting to compare with my original version with my ideas of a shrine intact. The vertical shot doesn’t convey that for me and so divorced from what I imagined at the scene it makes for something new. I like it and am tempted to process it from scratch to explore the new vibe more thoroughly. I’m not sure the same processing works. Thoughts? 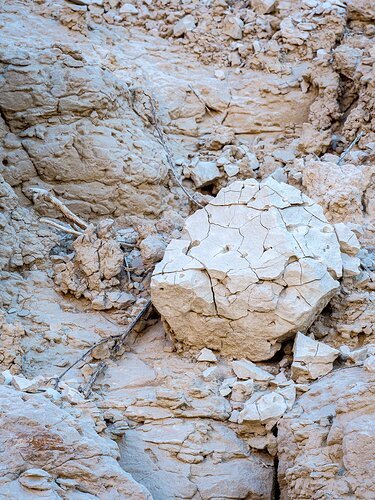 And using a preset I downloaded some time ago - 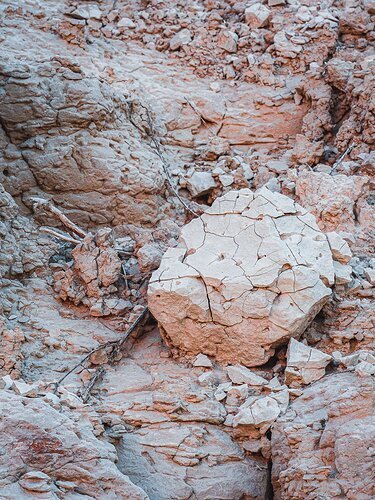 I think it’s more structured. Will others agree?

I like the new vertical image as it does seem more concise. I like the increased contrast in the second version, the one with the preset applied but I’m not sure about the reddish tone. That might just be because I’m conditioned by the colours in other versions though.

I actually like the landscape composition better with the two edits to the corners. This is an image that gets more and more interesting every time I come back to it.

… a completely different shot IMO and one that might be interesting to compare with my original version with my ideas of a shrine intact. The vertical shot doesn’t convey that for me and so divorced from what I imagined at the scene it makes for something new. I like it and am tempted to process it from scratch to explore the new vibe more thoroughly. I’m not sure the same processing works. Thoughts?

The second one with the preset feels a lot stronger than the others, Kris. Nice!

Thanks for chiming in again guys - sometimes it’s fun to experiment like this, especially with a subject that doesn’t have to be super literal in its processing. It’s like a bit of a lunar landscape - the colors IRL are very pale tans and eggshell with blue in the highlights from the reflected sky. Not that you could have a reflected sky on the moon, but you know what I mean.