Thank you for stopping. 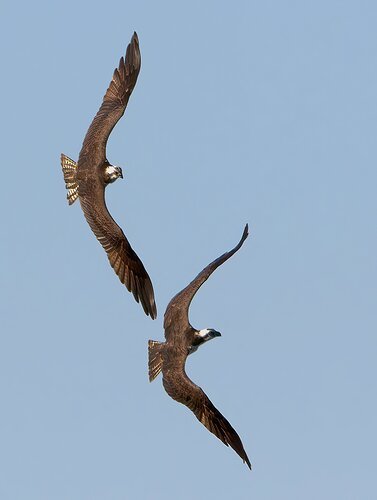 Hi
This is the 1572 by 1905 jpg.
I tried posting both jpgs, but that did not give a large post with both photos in the same posting? 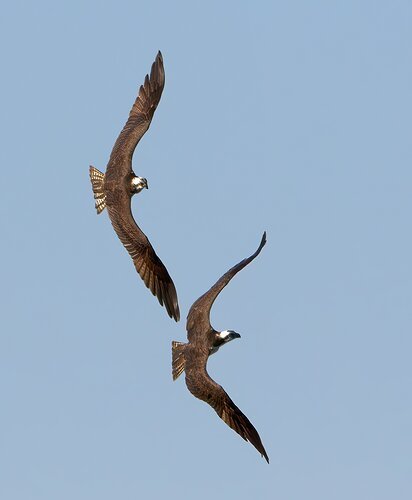 Congratulations for getting two together – and in a dynamic composition. But there is a look I’m not sure how to describe other than simplification. Your initial crop was 15% of the full frame. As a newbie here, I don’t know what your equipment was but I can often get a very good web-quality image at a crop like that. I’d be interested to see how that compares to these two. If the straight cropped image is noisy, I’ve had very good results with Topaz DeNoise AI, which has been improved in the last couple of updates.

A very cool composition, Peter and at the web scale, both versions look fine to my eye. Clicking on the large image for the full sized one shows the “simplification” that Diane was talking about in both cases. In this instance, I don’t think GigapixelAI did anything for you.

Hi Peter, nice interaction you captured. To my eye, image quality took too much of a hit as seen in the larger version.

Peter: capturing this type of image is a feat in itself. I’m not concerned by the clipped whites. Sometimes you just have to accept less than desirable results if it allows you to capture the action. Richard