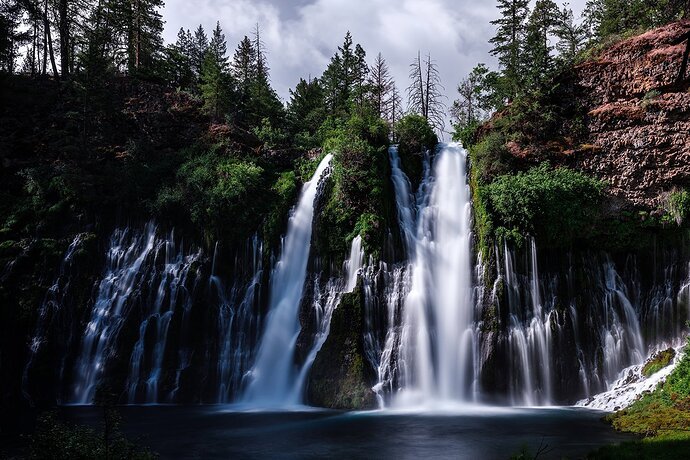 Visited Burney Falls for the first time this past June.

I’ve only visited once myself many years ago. And I recall just having access on the other side, so I like that you were able to get this viewpoint and perspective.

While it looks like had some broken clouds for light and so Iike that dappled light, especially hitting the main falls.

Only criticism really is that it’s fairly contrasty and some detail is lost in the shadows, and a bit dark on the left side . Then I noticed in the larger view the vegetation in the LLC. Not so distracting really since it’s so dark - but then the falls on that side are dark as well. Definitely a tough exposure situation.

My suggestion might be to crop that left side off and include just the two main channels of water and the right side and clouds of course. I think it simplifies the image and after all the main part of the falls is the story here, I think.

I’ve seen some great images of those soft cascades on the left (taken from the other side…) but in this case it’s just a bit too dark. If you have other exposures to blend or can lighten that area without going muddy, then this might work - but then you’ve got the bush…

I do really enjoy the clean, silky whites of the main falls.

Thanks for the feedback, @Lon_Overacker . What do you think of this 4:5 crop below? 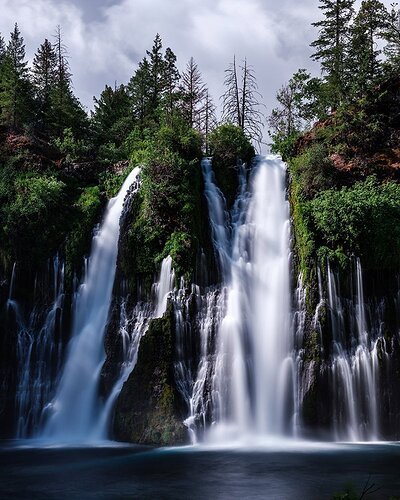 David, that crop is killer! Wow.

Now I hope you don’t mind, but since I revisited here I thought I would take a stab at this. One of the reasons for the crop was due to the amount of dark area on the left, lacking detail; not just in the falls, but the hillside too.

so after the crop I thought I would see if I could rescue some shadows. Now I don’t know what tools you’re using, what’s available to you, etc. etc. so I’ll keep the details vague unless you want to hear more. But basically I used TK, Tony Kuyper’s old tried and true Shadows “Triple Play”, to bring up the shadows. But still, the contrast is heavy, so I used a Levels layer to reduce contrast. I used a couple other tricks to make this pop a little bit more. Even added a slight vignette.

I was amazed given that this is being worked from a 1500px image and not the RAW file. I imagine from the RAW you could probably rescue the original and not have to crop! Hard to say. But for sure this one is challenging simply because of the light, contrast, etc. etc.

I can tell, this edit would never print, but looks ok at this small size. Let me know what you think. 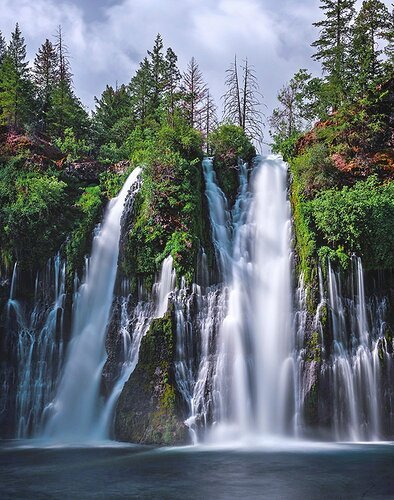 @Lon_Overacker , don’t mind at all. That’s why I’m on this site, to learn. Just as an fyi, I’m mostly a black and white, high contrast photographer. So contrast is my thing. I think that gets me into trouble when I start delving into the color world. I took a quick shot at bringing up the shadows and reducing contrast on the raw file. Below is what I got: 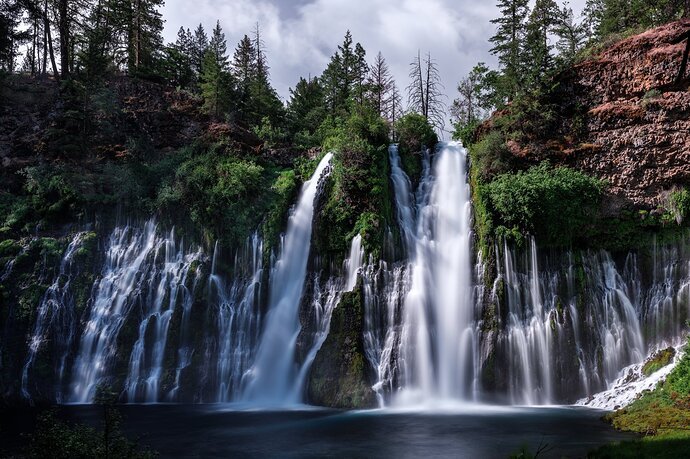