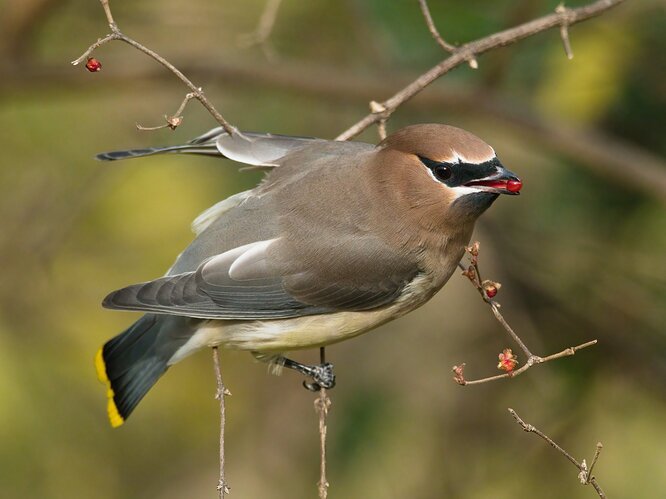 Processed with Luminar and Topaz DeNoise 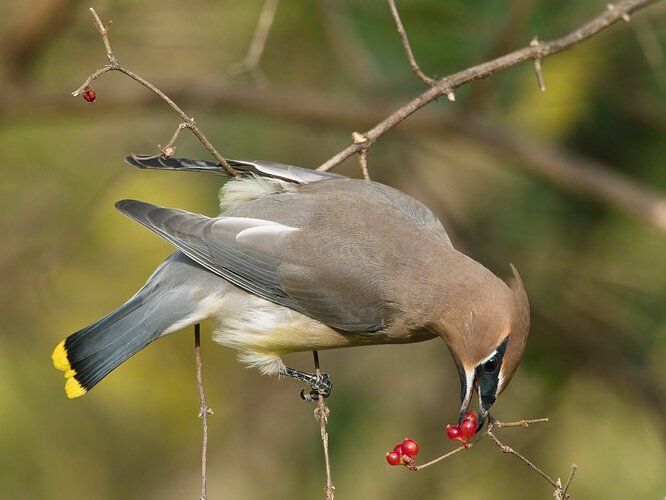 Great shots of the waxwing. The first is the more classic pose, but I’d go with the second as my favorite of the two. I like the sense of action and you have the tail in a similar plane to the head, so the tail is sharper. If mine, I’d probably have attempted to remove the branch coming out of the wing area, but it might be tough to do.

Both are very nice poses and good clean looks at the waxwing. Eating the berries are a nice bonus.
I would really like the see the little twig like branch under the bird gone as well as the oof one middle top and the one in first image coming up from bottom on right side. For me that would tend to clean the images up a bit and remove a couple visual distractions.

These are two really nice Waxwing images, Eddie. The feather detail is excellent. I think I prefer the second of the two because I like the curve of the bird and it was a bit more parallel to the focal plane so the entire bird is in nice focus. You don’t mention your equipment, but both birds feel just a bit crowded to me, so if there’s a way you could get a bit more room around them, I think these fine images would be even better.