At least that’s what I think it is. Found in big swaths on the shores of Watson Lake in Prescott, AZ while Diane and her husband Ted were probably laughing at the weirdo in the weeds with the big lens. LOL. 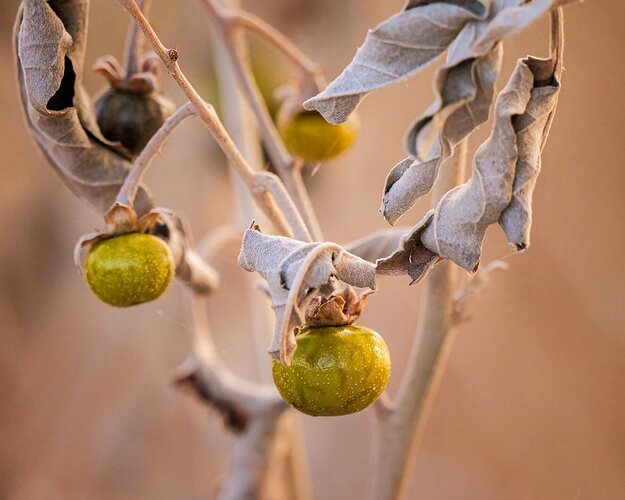 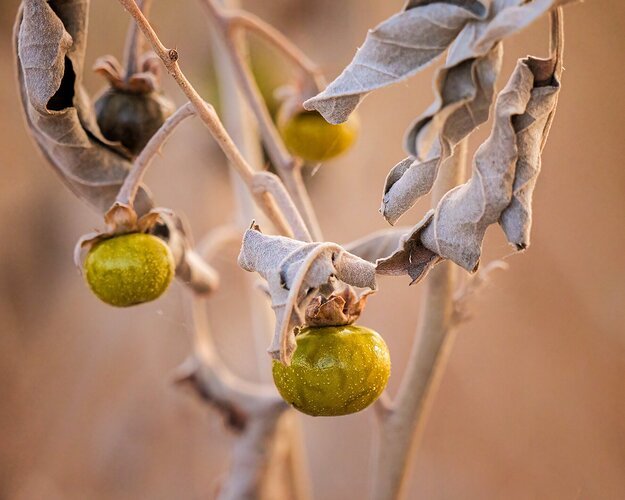 Could tell right away that it was a member of the nightshade family. Eventually the fruit turns orange as it ripens. It’s considered a noxious weed in Arizona because it thrives in poor soil, spreads easily and is difficult to eradicate. It is a native plant though. Like all members of the nightshade family (including potatoes, peppers, eggplant, belladonna, tomatoes & tobacco) it produces solanine glycoalkaloids as a defense mechanism. It’s the concentration of these alkaloids that determine toxicity and lethality. This plant isn’t a true nettle and probably won’t kill you if you ate it, but it would make you sick and eating too many of the little ‘tomatoes’ can cause death.

When I lived in NH I had both bittersweet and common nightshade in my yard and enjoyed photographing them all through their life cycles. Common nightshade fruit looks like wee, round eggplants, while belladonna like tiny tomatoes. It’s amazing that all the plants in this family smell the same - just like tomato plants.

I really should have gotten the tripod for a focus stack, but time was short so I handheld. I kind of like the softness in the image as it works with the late afternoon light. Thoughts? 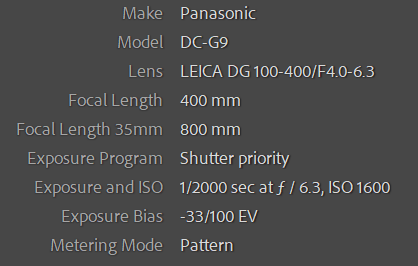 Topaz Denoise AI to start - low light setting worked best. Lightroom for most of the processing including a little crop, white balance & exposure adjustment, clarity & contrast added in the plant, removed in the background. A little contouring of the shadows in the leaves with a brush tool. Photoshop to remove a branch that wasn’t helping matters. Also a little Freehand Vignette and Spotlight action in the TK8 panel.

Hi Kris! I like the softness of the image as well as the soft pastel color of the background. I actually think I would like this soft version better than if you had everything in sharp focus. I think having everything in sharp focus would have made it too busy. I really appreciate the story and information on the nightshade family too. It was all new information to me. My only nit is the OOF leaf in the bottom center takes away for the primary in-focus “tomato”.

I think the narrow DOF works fine with this image. As @Steve_Kennedy said, a focus stacked version would likely look too busy…
Well seen.

Steve, I had a go at that leaf and reposted. Believe it or not, CAF and other cloning/healing stuff only made it worse, so I used some Luminosity & Color masking exported to dodge & burn and hue/sat layers and reduced its effect. Hopefully that works ok.

I think that does help. Nice work!

I’ve seen a lot of these plants in northern Arizona and have overlooked them as photographic subjects. I love what you did here in capturing the beauty of this “weed.” I agree with others that stacking and having everything in sharp focus would have made the image too busy. I like the softness.

I think this is wonderful – gorgeous colors and the DOF is just right! Good work retouching that dark area. I usually use low opacity cloning for things like that. It’s Silverleaf Nightshade, Solanum elaeagnifolium.

If I had noticed it I would have been shooting it too!! I was obsessed with the silly ducks. I’m sure Ted thought we were both a little nuts but he really enjoyed the excuse to get out…

Oh I’m glad it wasn’t a total drag for him to watch us to crazy women!