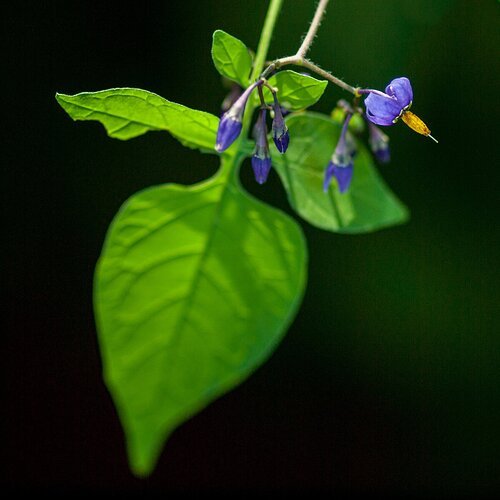 Because most of the traffic here is in critique, I’m putting this here. At least for now.

Hi peeps - welcome to Weed of the Week.

No not THAT weed. And it might not be every week so don’t get all excited.

So many naturalist and gardening articles these days talk about supporting native pollinators with native plants. Many of those plants have been, and sometimes still are, considered weeds. Pests. Invaders of our lawns and gardens. Things to be put down with herbicides and a vigorously applied weed-whacker (see that…!). Some are invasive species, I know and we all struggle with both sides of that coin.

But some are really lovely and important to the ecosystems in which they grow. I’ve photographed many of them over the years and so I’ll start with - 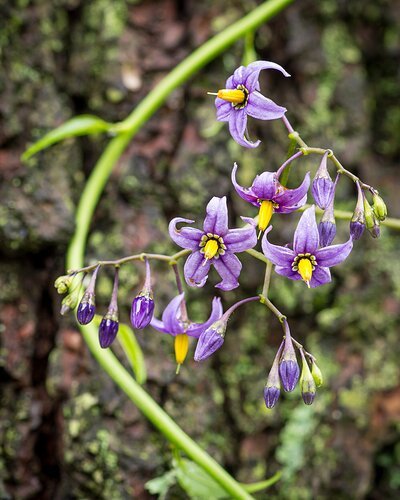 It’s a wild vine that’s adapted to most of North America, but is Eurasian in origin. Contrary to its common names, it isn’t actually that deadly. Eating a lot of the berries will make you sick though (I call them Dr. Evil’s Tomatoes). Touching them or any part of the plant can irritate the skin as well. 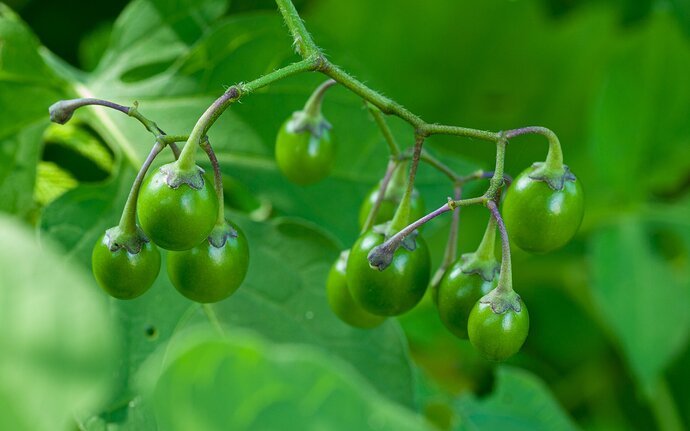 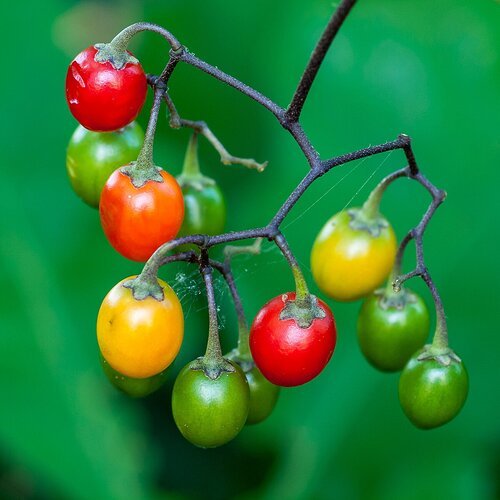 Nightshades are an interesting family of plants. All of them are basically toxic with lethality that goes mostly like this –

Even the non-deadly ones have deleterious effects for some people. Those would be potatoes, tomatoes, tomatillos, peppers and eggplant. Basically, nightshades produce powerful alkaloids that can exacerbate inflammatory responses, lead to leaky gut and irritable bowel and auto-immune diseases, which is sad because they’re really tasty. Except for eggplant. Tobacco is also part of the nightshade family and we all know what enough of that does.

It was this and the real Deadly nightshade that kept European colonists from eating many of the native American nightshade species including tomatoes and potatoes even though native peoples had been doing so for centuries. Luckily for most of the populations in Europe, they got over that and the mighty potato saved millions of lives. And where would Italy be without the tomato? Also native to South America and a product of the Colombian Exchange like tobacco.

So if you have any photos of this lovely and slightly menacing vine, pile them on! 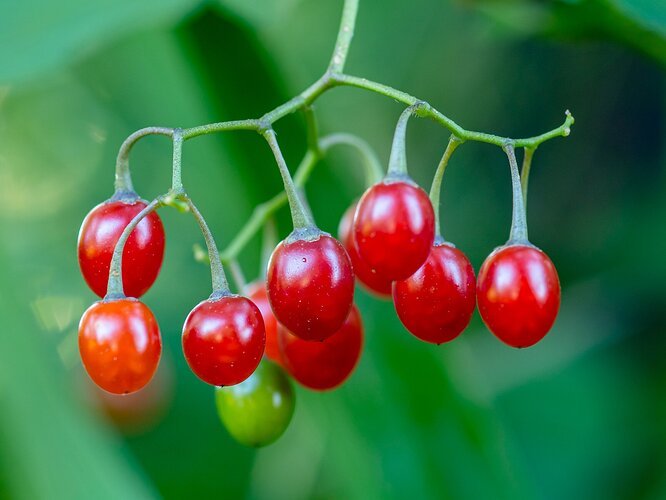 Although I’m not specifically after any feedback, feel free to comment on what might make these better. I wish I’d done stacking back when I took them.

Is this a composite: No
All of these were done with either the Olympus E-30 or the Panasonic GH3 and the legacy Olympus 90mm f/2 macro. Probably with tripods and various filters. All processed in Lightroom with the usual improvements.

I like the two images with the ripe berries. Not everything needs to be in focus. The photo that is the lead image has most of the interest in the top third. I think cropping out the bottom would focus on the good stuff.

Where I lived in the Sierra foothills in Calif, there were no nightshade weeds. After moving to Portland, I was excited to find that I had one in my garden, only to find out it was a weed.

Thanks @Don_Jacobson - yeah, the detail is in the top 1/3 of the first photo, but oh that leaf. I really love it for showing the shape of them. And one person’s weed is another’s photo joy.

Terrific idea, Kris. I really like the series. Yes the first one is great, ,even with the oof leaf. Can you imagine how it would look as a focus stack? Anyway, love the idea of W.O.W.

Thanks @David_Bostock - just trying to liven things up in flora. Soon things will be busy as spring hits in North America and Europe, but I got inspired.

If I can remember to do so, I’ll go hunt down the one plant I’ve seen here in Wisconsin. The ones in this thread were in my yard in NH. Luckily, the place I saw some was only about 10 minutes from here and another 10 minutes walk. Maybe I can do some stacking if I find some berries.

Wow – how did I miss this! (I got behind a couple of weeks ago and may never catch up.) These are fantastic, along with a great narrative. The first and next-to-last would be my favorites. Hope to see more of your weeds soon.

PS – eggplant is very tasty if you saute it with a lot of onions and garlic and a splash of red wine.

Things can fall through the cracks @Diane_Miller so no worries.

Weedy things will pop up. And if I run out it will become Wildflower of the Week.

See! You have to drown eggplant in stuff that actually tastes good in order to choke it down. Foul weed!