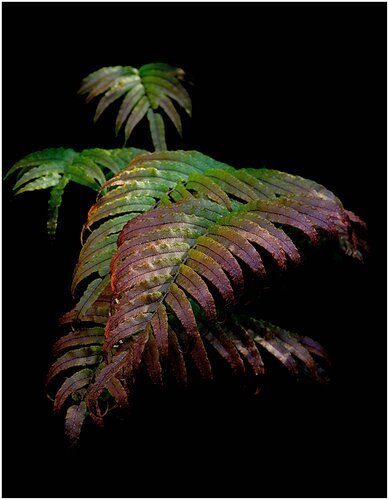 I came across this small patch of Kiokio fern on the other side of a small waterway in the bush and the colours and natural composition of the scene just begged for a self portrait…so I obliged. I hope it was happy with the result.

All comments gratefully received.
Because the background was very busy and there were a lot of dead branches and so forth, I darkened the backgound in PS to show just the fern that was sufficiently lit with sunlight filtering through the tree canopy.

What an interesting plant. I love ferns and no doubt would be happy to play in a glad of them for a long time. I think the idea of isolating by darkening is a good one, but the shot is oddly noisy for ISO 400. When this happens to me it’s usually because of underexposure. Not sure what the lighting conditions were here and I know you don’t like to use a tripod, but it definitely could use a run through a denoise app. The water droplets are really nice and some denoise work there could bring up that detail. I would be tempted to make the bit sticking up at the back even more blurred as well. Nice find!

The colors in this are so intriguing - I’ve never seen such a fern before.

There are two things I would alter to this:

Thanks for your comments @Kris_Smith @Cody_Schultz .
I did run it through Topaz denoise Kristen but this was about the best I could do with the noise/details…not the best but it is what it is.

I didn’t give much thought to the background frond (duh) so thanks for suggesting that. As in image 2, I darkened it out as Cody suggested but it looks odd with the flat top edge. Instead the darkened and blurred effect in image 3 seems OK to me.
Thanks to you both for your help. 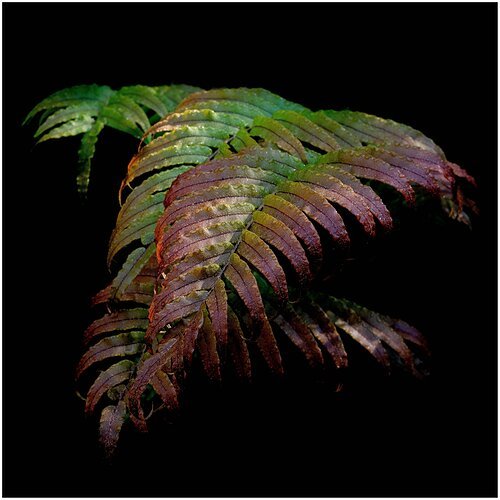 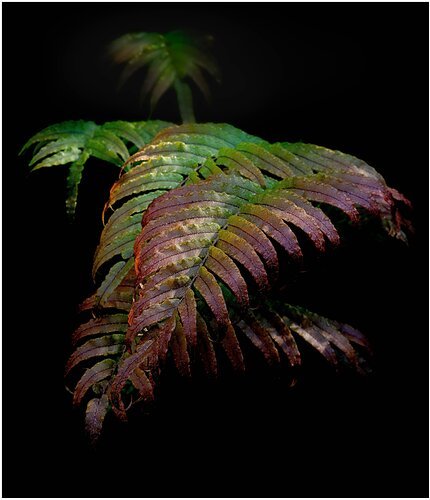 I like it with the bg frond cloned out. Nicely done.

Thanks for your comments

I agree with Kristen, though it is of course your own choice. With the background leaf simply blurred, it maintains as a distraction. And given the flat top edge is natural with the overall shape of the plant, it doesn’t look too odd to me.