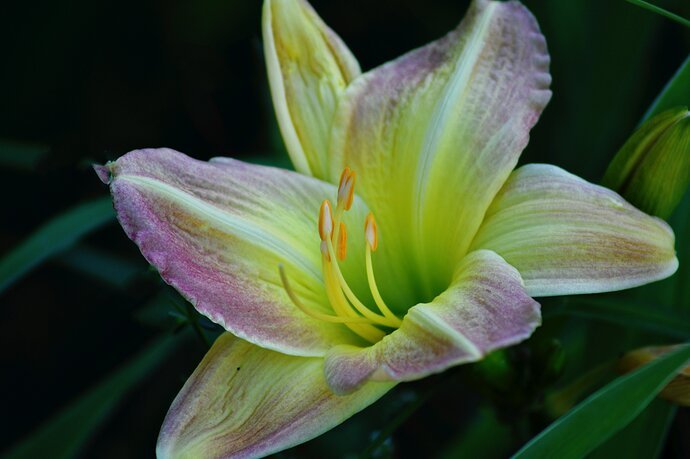 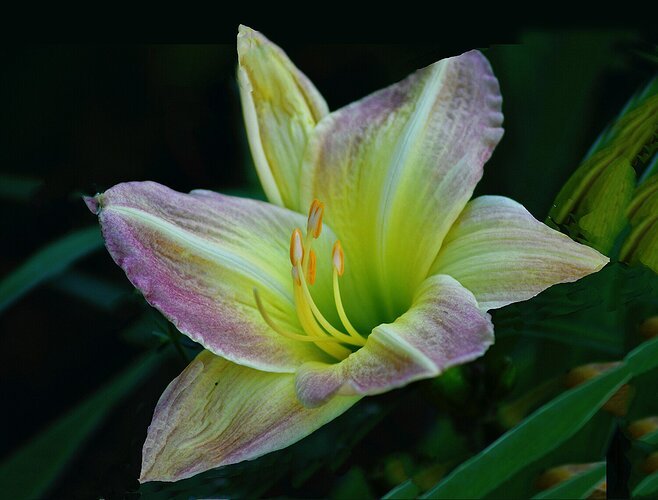 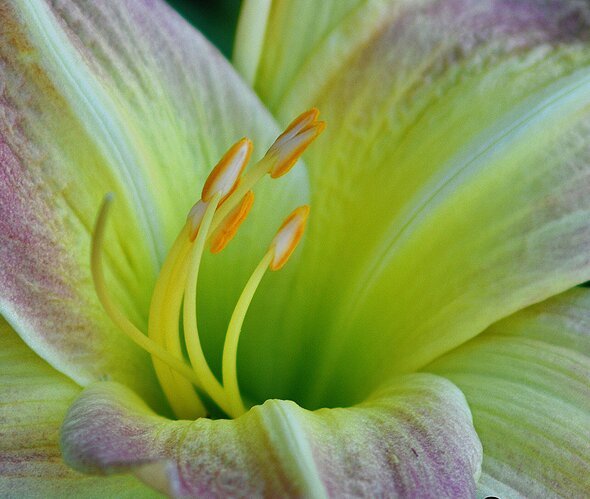 A very nice capture with good DOF. I like Patricia’s suggestions. In the first, I wonder about going a bit less heavy on the blacks and removing the diagonal leaf in the LR. There is so much color variation in the various Daylilies but I wonder if the greens are just a bit too emphasized, robbing some of the other color.

Hi Richard, so Patricia did a nice job with some alternate compositions. I love shooting closeups of large flowers myself, with the pistils and stamens shooting out from a deep throat, which you captured well. Beautiful pastel colors really stand out against the black and green background.

Thank you for the positive feedback.