In this case I shot the Northern Lights right after dusk. The phenomenon probably occurs day and night but is only visible at night. Although, as I recall, it was there during only certain hours of the night. The truth is that no photograph captures what it really looks like. Due to the long exposure the appearance is different than reality. It’s not a green fog at all. Instead it’s light that races across the sky from one horizon to another. The speed is amazing as a flash will cross the entire sky in less than 5 seconds. Than it’s followed by another. They bend and swirl as though dancing across the sky. It’s the motion itself that’s fascinating and that can’t be captured in a still image. 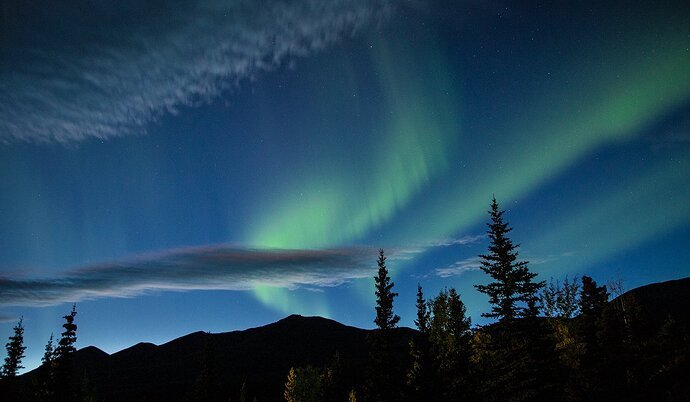 Igor, the mix of clouds, stars and northern lights is outstanding. There’s a strong sense of “dancing” in that mix. The silhouettes and kiss of light on the trees does a good job of “putting the viewer there”.