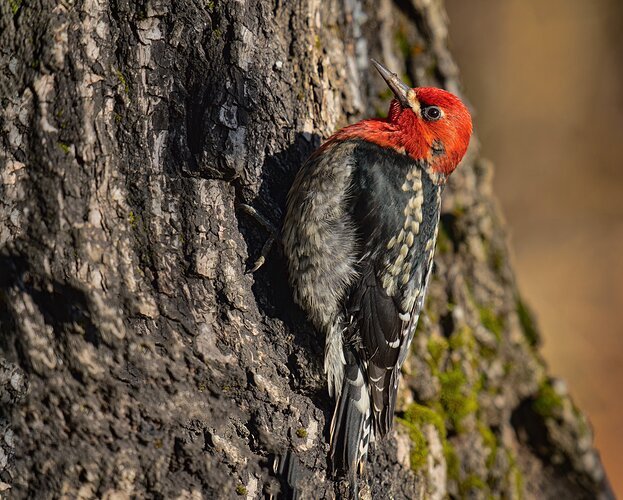 This was taken in the Willow thicket at my local wildlife refuge. The behavior of this bird is fascinating. I discovered it at the base of this old stump, hidden behind plant leaves. As I approached, it would hop up the stump to an open area on the stump. But as soon as I would step back, it would return to the camouflaged area removing any possibility of an image. It did this multiple times. As much as I would like to have been further away, as soon as I backed off it would return to the bushes where it was feeding. The thickly growing willows in the area presented other obstructions making a clean shot very difficult.

Sweet image, David, and very interesting behavior. I’ve only seen one of these since I moved here and that was on a telephone pole. I’ve seen lots of evidence of them, though.

Wonderful detail and a very nice pose and environment. What I would give for a bird that hops into plain sight when I approach!!

Interesting behavior and it definitely was not going to share. Wood pecker still gave you a very nice pose.