Is anyone having the following problem “rolling shutter distortion” with Canon R5, Sony a7r4 or other cameras using anything other than the mechanical shutter?

“Contrary to what most people believe, your camera, and most cameras out there are not able to capture ONE SINGLE moment in time. In fact, your camera probably actually captures multiple moments in time and splices them all together to give you one solid image. Most of the time, you’re none the wiser. But occasionally, you might notice that something isn’t quite right about your picture.

As previously mentioned, the sensor is not exposed entirely at the same moment in time, but rather has a ‘rolling’ quality to the exposure. It is as if a slit is moving either horizontally or vertically across the whole entire image. This occurs at a rate of the maximum frame rate of the particular sensor. For example, if the sensor operates at 30hz or 30fps, rolling shutter occurs over 1/30 of a second. If the sensor operates at only 10fps then rolling shutter occurs over about 1/10th of a second (0.1 seconds). In either case, that means tens of images are captured at slightly different moments in time.

While the process is still quite quick, and in most cases, the object of the sensors is not moving quickly enough to have any effect, occasionally, this process of image capturing can significantly affect the outcome of the photography.

Similarly, if the subject of the camera or the camera itself is moving from left to right or vice versa, it can cause the image to bend diagonally in one direction. Imagine trying to take a photo of Usain Bolt, the fastest man alive as he runs by you from right to left. You’ll come away with an image in which you capture his head on the right side, his body in the middle of the image, and his legs and feet towards the left side of the frame. In essence, it will appear as if Bolt is leaning backwards to the right even though he is actually tilted slightly forward (left).” 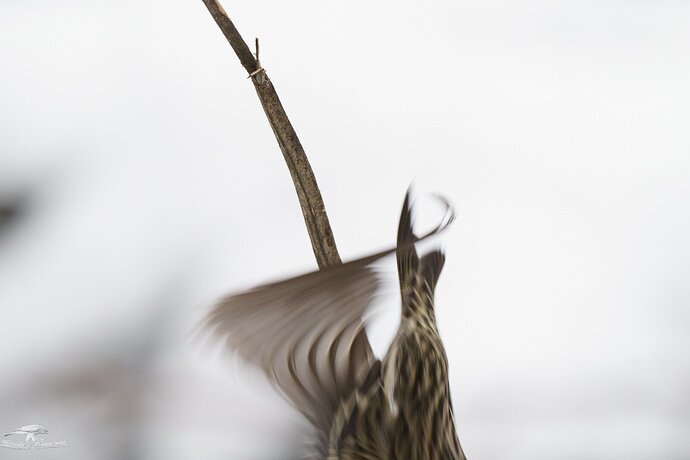 According to the reviews, the A1 does not do this…

In any case, the A7R4 shutter is very quiet compared to my Nikons. I have actually stopped using the Nikons because of the shutter noise. sad!

Well, @peter with either one an adapter would let you continue using the Sigma lens for awhile, so you don’t have to blow all the money at once. I came at it more circuitously through the A6500 and sigma, then the Sony 200-600 and finally the A7Riv. The AF on the new combination is certainly a major step up and I like the ability to know before I take a shot that the exposure is right-it makes it fairly easy to adapt to changing lighting.

Hi Dennis
Thank you for the feedback.
Peter

I had a 7D2 years ago and have since gone to the 5D3, 5D4 and 1DX2. Each has been a considerable improvement over the 7D2. Several months ago I went to the Canon R5 and the 100-500 with both TCs. It is an incredible improvement over the 5D4 and the 1DX2, and would be even more so over the 7D2. You will get lower noise, better dynamic range, and AF like you won’t believe. The live viewfinder is amazing and displays a lot of very useful information, especially on real-time focus and exposure. All my older EF lenses work perfectly with the $90 adapter. I haven’t touched either DSLR since getting the R5. And I haven’t seen an instance of rolling shutter, although I’m more often in electronic first-curtain than full electronic shutter. I rarely need 20 fps.

To clarify the quote a bit – rolling shutter is due to adjacent lines of the sensor being read out sequentially.

Hi Diane
Thank you for the feedback on your travels with Canon cameras. Your quote on rolling shutter is correct, “rolling shutter is due to adjacent lines of the sensor being read out sequentially”. This was a problem I ran into when buying Sony Broadcast ENG camera in 2004. A problem they solve with full frame readout of their sensors, way back in 2005-2006 and is why I was surprised to see this effect in new mirrorless cameras.
Peter