Rough around the edges (+1 rework) 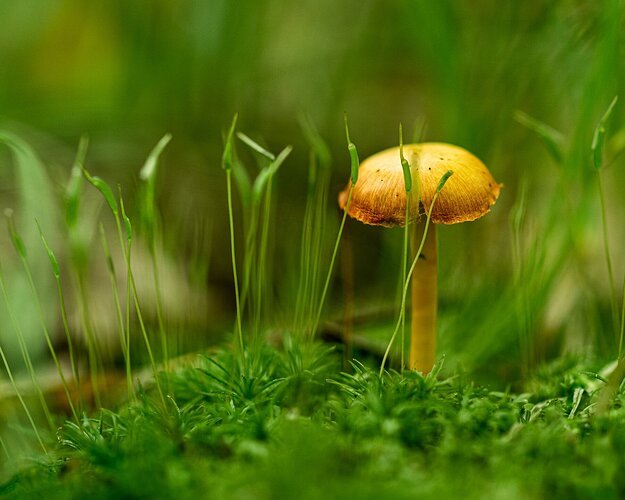 With some OOF elements cloned away, the background a bit darker and some highlights added back into the focus zone. 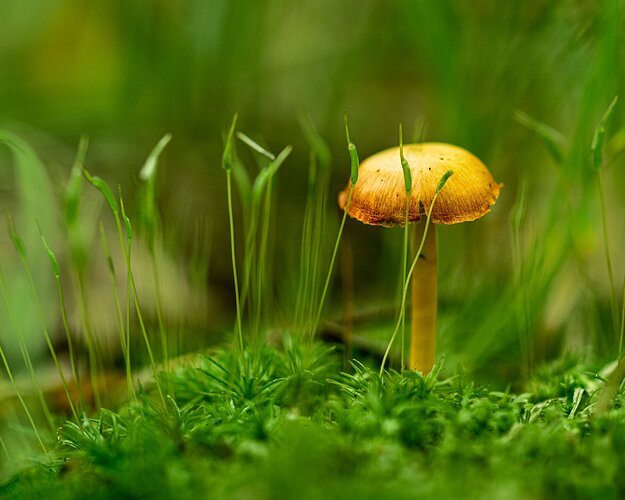 This is an old one that I recently dug out of the archives because with the addition of Photoshop to my editing workflow, I could finally process it the way it needed.

It’s messy, but I like to think it’s a controlled mess. It’s from 2016 when I was using an adapted 35mm macro lens - my OM 90mm f/2 and not doing focus stacking. So it has a fairly narrow depth of field, concentrated on that leading edge that is starting to dry and crack. Contrasting with the fresh sporophytes and moss I think it works fairly well.

Is the background still too distracting? I like to think it adds depth, lol. Cleaning up in the field is an art and well, I did a bit in Photoshop too, but who knows.

Is this a composite: No
Beanbag on the ground. Maybe the tripod, but either way, the camera was supported.
OM 90mm at probably f/4 or 5.6 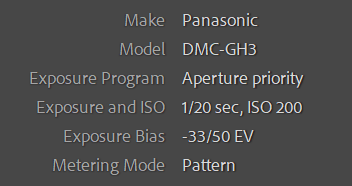 Initial crop to 4:5 in Lr as well as basic adjustments. The green channel was overwhelmed and I had to do work with calibration, saturation, hue and luminance. A brush with dehaze and lowered exposure for the highlights on the mushroom cap. Photoshop to remove distracting elements and do some color painting to tone down some highlights. Used Frequency Separation to tone down some bright yellow items. Also ran a Clarity action and modified the layer opacity and flow until it looked right.

Looks great, Kris. Love your perspective, composition and the colors. My only wish would be, if it were mine, to have removed (somehow) the three strands of grass in front of the mushroom. The background is not distracting to me. Nicely seen and captured.

i like the photo. The leading lines of the moss sporophytes compliment the fungal fruiting body well. the Narrow depth of field maks for a nice lead into the subject of the photo with some blurred sporophytes in the foreground, but I do think the background is a little distracting. I like it, but it is very bright. If the background was just a tad darker the image would be more pleasing on my eyes.

Kris, this is an excellent “bug’s eye view” of the mushroom and the grasses around it. I love the colors of the browns and greens. I don’t think the BG is too distracting, and I agree that it adds depth, almost a 3D look. Very nicely done.

Kris, the yellow shroom in the green moss looks really good. I could stand not to have the one very oof sporophyte directly in front of the mushroom, but that’s minor and would require some site grooming.

Thanks @linda_mellor, @Myco_Remke, @Shirley_Freeman & @Mark_Seaver - I had a feeling the presence of the sporophytes would be the basis of different opinions. Personally, I love the feel of both the OOF and the IF ones. I thought about cloning out the OOF one as you mention, Mark, but left it in because I wanted to keep that low down feel. Often my tripod is too high to get this even when it’s flat on the ground, so I go to the beanbag and sometimes, just bare earth.

I can have a go with toning down the background at some point, but wonder if it would close things off too much. A bit to play with.

A wonderful subject and view! My only nit is the lighter green OOF object on the left edge, which I think could be cropped off.

I like the vibrant colors of the scene. I would try to clone out the OOF portion of moss covering the mushroom and if you want, you could crop for a vertical format with the mushroom off center. Very nice find …Jim

Thanks for chiming in @Diane_Miller & @Jim_Zablotny. I’ve posted a second shot to the OP, let me know what you think. It’s a combination of advice - I cloned stamped away the OOF sporophyte closest to the crack. I wasn’t sure which OOF thing you meant, Diane, so I just cleaned up a little OOF ball on the left. I also lowered the exposure of the background bits, but hopefully didn’t take them too far. I used a Zone Mask in the TK8 panel for that and a Lights mask to target the highlights then I masked the mask and just painted it in over the crisply focused areas. It was looking a little flat to me so I think that helps.

Repost is much better and prefer it over the original. Well done…Jim

I meant the fairly large curvy thing just inside the left edge that curves out of the frame. A little off the left would remove it without a lot of collateral damage. Good job on the tweaks!

Very nice Kris with a lot of great details. The angle on the ground is great giving the viewer the view from the ground like that. The overall green and the color of the mushroom worked out bery well

Thanks for dropping in and having chat, @Dean_Salman - I almost always have the camera on the ground for something. Especially mushrooms. I shall post more.