The Daybooks of Edward Weston 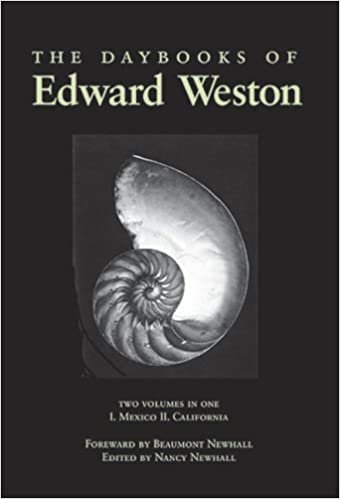 This is a book that should be in every landscape photographers library. This book covers perhaps the most interesting period of Edward Weston’s life. It starts with his decision to leave his family and portrait practice and ends some 15 years later when he is nationally recognized and is able to fully support himself as an artist. His transformation starts in Mexico where he discovers a new way of seeing and composing his images. He embraces the culture and befriends the major artists of that period. Daybook entries are filled with outings and parties with these luminaries.

The book is a series of entries which he would write at the end of days. They are very easy reading. They cover from passages about his love life to bouts with pneumonia to difficulties raising his sons. But they also contain many ‘aha’ moments when he makes his important discoveries in photography.

Weston was a straight photographer who felt that the best way to make an image is to use the full power of the camera to show a subject in the sharpest manner possible and thus revealing details which the eye could never see. He also believed that composition was the key to reveal the essence of a subject. His works are a fine study of compositions. In the daybooks he writes about 5-6 hour single shots made of vegetables shot with the precise light and angle to capture it’s very essence. He writes about the ‘fog’ that would sometimes ruin his work and the work that went into finding the pinhole in his bellows that caused it.

In short Weston is a legendary photographer and through this book you will discover the mind and work behind it.

Igor, I had not heard of Edward Weston. Thanks for posting this review of his book.

I don’t have this one, but another Weston book and agree that he is the master of careful composition and found beauty in the oddest objects (for the time anyway).

Igor, I had not heard of Edward Weston. Thanks for posting this review of his book.

Good. That was what I had hoped this forum would be useful for.

“Forms of Passion” is another book highlighting Edward Weston’s work. It’s a comprehensive combination of biography and critical analysis, with more than 320 meticulously reproduced duotone images. The photographs trace Weston’s career from his early days, through formative years in Mexico, and through the balance of his career, which ended because of the onset of Parkinson’s disease ten years before his death in 1958. Treated chronologically and emphasizing Weston’s creative preoccupations in each period.

Thanks for the write up Igor. Just to let you know, I received my copy of “More Than a Rock” by Guy Tal on Saturday and read the whole book from cover to cover. Amazing content. I hope this is just as rewarding to read and view.

Guy has just come out with a new book. However, I haven’t read it so I don’t want to comment.

When I started to take photography more seriously I was introduced to the works of Edward Weston. Below is perhaps Weston’s most famous photograph, Pepper No 30. Back then I used to wonder how can that possibly compare to Adam’s glorious images of the West. I think that to the average person it doesn’t.

it is a classic, completely satisfying, ‒ a pepper ‒ but more than a pepper; abstract, in that it is completely outside subject matter.

That’s the key to Weston’s work. It transcends the subject itself. 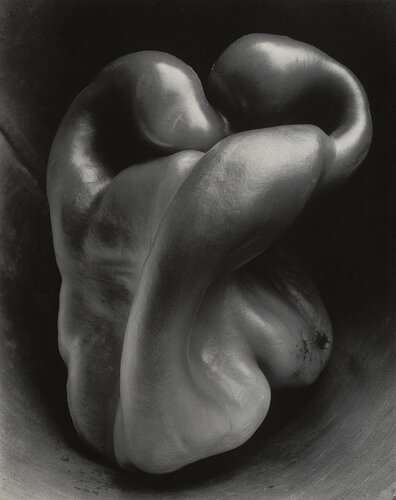 I read the unabridged (outside of his own slashing of content before it went to publication) two-volume version of the Daybooks back in the early '70’s - twice. They helped change my opinion that the 3 best photographers at that time were 1. Adams, 2. Wynn Bullock, 3. Edward Weston. By 1976 I felt it was 1. Edward Weston, 2. Minor White then 3. Adams. I still feel that way. Most people who learned photography via the internet, in my opinion, have no sense of the history of the medium pre-internet. Weston also had two sons, Cole and Brett who also made names doing B&W.

I recommend that if you have an interest, look at the Aperture Publications “Masters of Photography” series. Also, writings of John Szarkowsi for a view of the first 3/4 of the 20th Century.

Below is the image that taught me a way to “see”.

They helped change my opinion that the 3 best photographers at that time were 1. Adams, 2. Wynn Bullock, 3. Edward Weston. By 1976 I felt it was 1. Edward Weston, 2. Minor White then 3. Adams

I agree with your new ranking.

“Pretty stories poorly told - moods - instead of the thing itself”

“Now, I want to see the external, basic quintessence of each object and it’s relation to ‘the’ great whole”

“As to photography’s mechanicalness - art is a way o seeing, not a matter of technique. A moron can be a superb technician”.

@Guy_Manning Thanks for posting the book and the comments. I agree with your 1976 ranking but add Imogen Cunningham ( Flora & Ideas Without End) and Robert Maplethorpe (Complete Flowers) to the list. I have no particular order except Minor White ( mirrors messages manifestations ) would be on top.

One aspect of Adams’s work is the publication of his magnificent western landscapes by the Sierra Club in the 1960s. Those coffee table books coincided with Rachel Carson’s “Silent Spring.” Those two publications are the seminal foundation of the modern environmental movement. Yes, there was conservation going on well before that, but Adams and Carson brought the movement to a broader audience.

Most people who learned photography via the internet, in my opinion, have no sense of the history of the medium pre-internet.

Also agree. I think I would be more specific in saying those who learned with digital capture and computer image manipulation lack the history of the medium dating back to the 19th Century. Practicing photography for nearly 70 years now, maybe I’m getting cranky, but I feel there is more emphasis on “gear” and endless “new software” and less seeing both from behind the lens and in the end product.

That’s not to say digital equipment and methods aren’t valuable and give us greater control over our work; it is incredible what can be accomplished. But sometimes, it seems some of the controls are used to say they were used.

The only question I have with listing Minor White as best is one of accessibility. Not everyone understands what he’s after and many don’t want to take the trouble to even try. Take that image @Guy_Manning posted. How many people will find that interesting? At this point I find his work pretty esoteric. I guess the two extremes are Adams where what you see is what you get and White where you see and you don’t know what you’ve got.

@paul_g_wiegman, I love Cunninghams work. Her use of positive/negative space and playing with initial readings by allowing darks and lights to reverse position in space were influential. Her work in Technische Hochschule in Dresden likely would have exposed her to gestalt theories on perception and may have influenced a lot of her compositions like this… 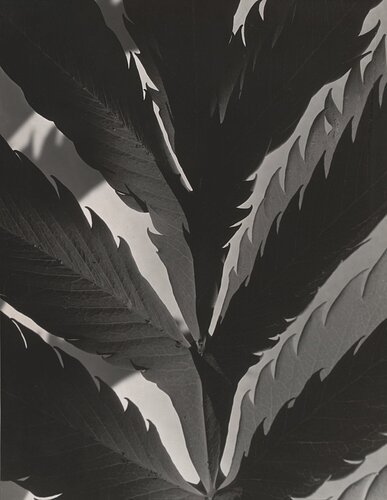 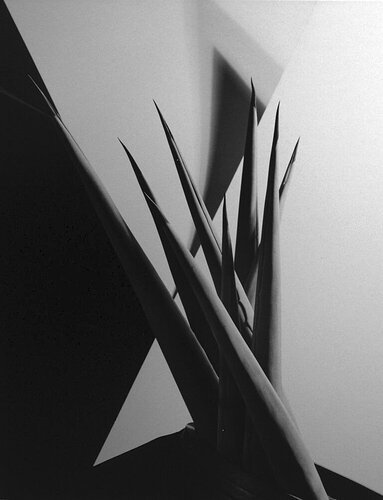 As for Maplethorpe -I saw much of his work while in college and into the 80’s but it was always emotionally dark for me and made me uncomfortable. I didn’t know until today that he did botanicals also, some where quite nice.

@Igor_Doncov, I see your point about White being esoteric and somewhat inacessible, but isn’t that true with most any artists work? If you don’t understand the artists concepts and motivations can you understand the art? Robert Adams photography in the 70’s and 80’s was not about the “Nature as Cathedral” landscape but the additions of man on the landscape - what he called the new topographic. You wouldn’t know that without having approaching his writings and teaching back then. His book "Beauty in Photography was eye opening on my second reading.

BTW, Aperture Magazine, now Aperture.org has a lot on White, Including texts of his books. There are around 100 items in the site search.