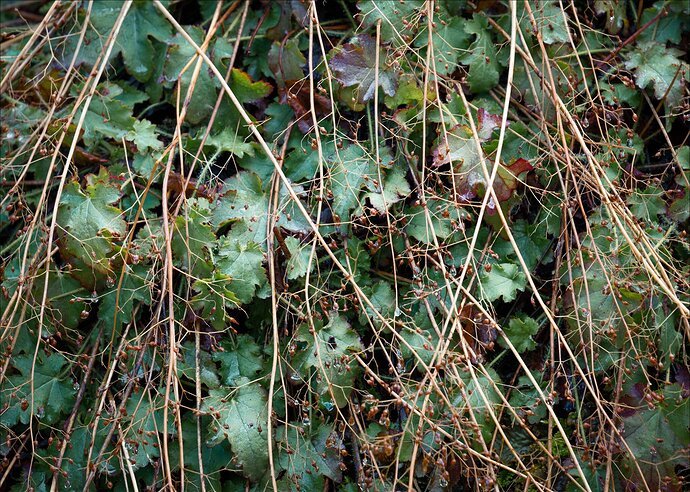 Trudging back to the car along the edge of the road, I spied this plant with its dried summertime flower stalks hanging down over the leaves. It looked like an old fashioned veil on a woman’s hat from the 30s.

A very subjective comment here, Bonnie. This feels a little different from your usual. I see your analogy with the veil and the colors are gorgeous but it feels like there is a lack of depth in the image. I am thinking probably there is a conflicting subject between the stalks and the leaves in the background. Also, may feel somewhat snapshot-ey?

@Adhika_Lie, thanks for your thoughts. It was rather a snapshot. And that’s a good point that there’s really two subjects - the stalks and the leaves. Hadn’t considered that idea.

Bonnie, here’s the dreaded “I like the concept” of the veil but…

The veil itself just doesn’t come across strongly enough for me to be prominent enough to carry an image. I think it’s because the underlying green plants are too similar in luminosity, and warmth to the “veil” of stalks. These greens have a lot of yellow in them too, which also adds to the lessened impact of a veil.

I’m not sure it helps but I tried darkening and shifting more green and coolness to the plants, trying to get more separation of the yellow veil. It’s better I think, but still not enough. for me. Maybe my effort gives you some other ideas for tweaks. 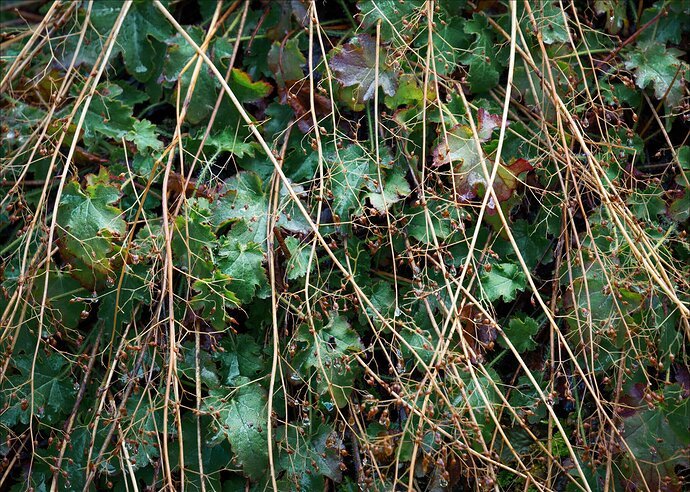 I know this is titled as a veil but I don’t really see it that way. I see it as crisscrossed lines on a field of green. It’s close to an abstract for me and that’s what I find appealing. Based upon the comments you’ve received it might be better to not give it that title as it directs the users perception.

I often shoot quasi-abstracts like this but never show them because my fear is that they’ll find it ‘busy’. But I think I’ll post it and see where it goes.