Two from the Eastern Sierra

Here are two from the Eastern Sierra. I was pretty heavy handed with the Orten effect on both of them and would love your opinion. Does it work? Is it too much. Thanks! 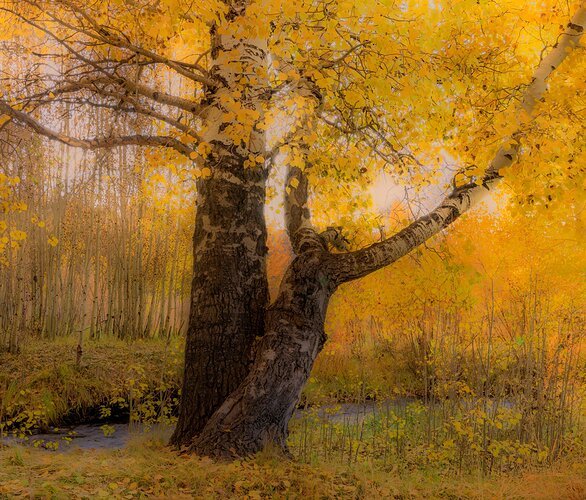 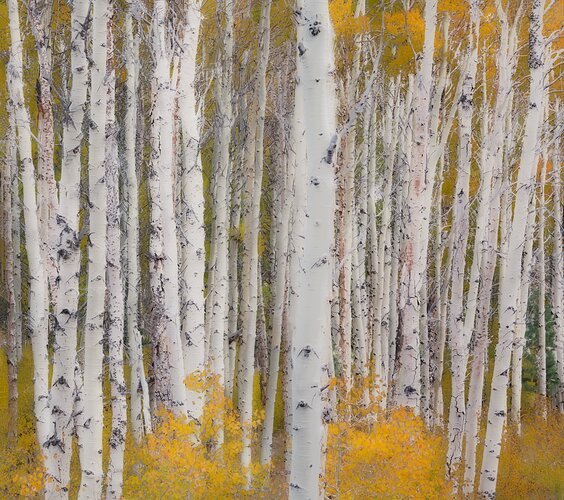 I feel the Orton effect on the first one is too heavy for that subject. It works ok on the second, although it is pretty high key. I might back off the whites a bit to bring back jsut a little more contrast and definition in the trunks where the Orton effect can really make a difference.

They’re very different from one another. I like the Orton effect in each of them for a different reason. The first seems like something out of a fairy tale. The second is more artistic. I like that interpretation of a birch forest. I think the composition is a bit weak. Some of the birch tones are so similar that they merge into one another. Given the monotone of the image I would suggest providing some spacing and let color provide separation. I would also warp those trees on the right to straighten them out a bit. But as far as the Orton effect is concerned, it’s a success in my opinion.

Too much Orton? I guess that’s all relative because it depends on what you’re trying to accomplish. I like the effect and in both these images I believe this elevates them to Photo Art.

I like the dreamy effect in the first one with the cottonwood although I think the aspen leaves on the right middle have lost too much detail, but then again, the effect works.

I also like the effect in the second one, although the front and center trunk kind disrupts the comp for mel It’s too white/bright and with no ribbing detaiil it’s more of an eyesore and takes away from all the rest of the beautiful trunks. I do like the rest of the impressionistic effect on the rest of the scene, but that front trunk upsets things.

Tony, I am finding the Orton effect a little heavy for my tastes in both, but especially the first. That said, I do like both. I would agree with Lon about the front tree in the second and that inspired me to try a crop, eliminating the right side to just left of the main front trunk. It works for me, but as always, YMMV.

Interesting ideas here. I like the composition of both, but agree with Harley that the Orton effect is too heavy. I also agree with Harley’s crop suggestion in the second image. I love the tree in the first one.
-P

Thanks for all the feedback. Indeed, interesting ideas. I’m a total Orton effect novice. I was bored one day and worked it into these photos so Ihave a lot to learn.