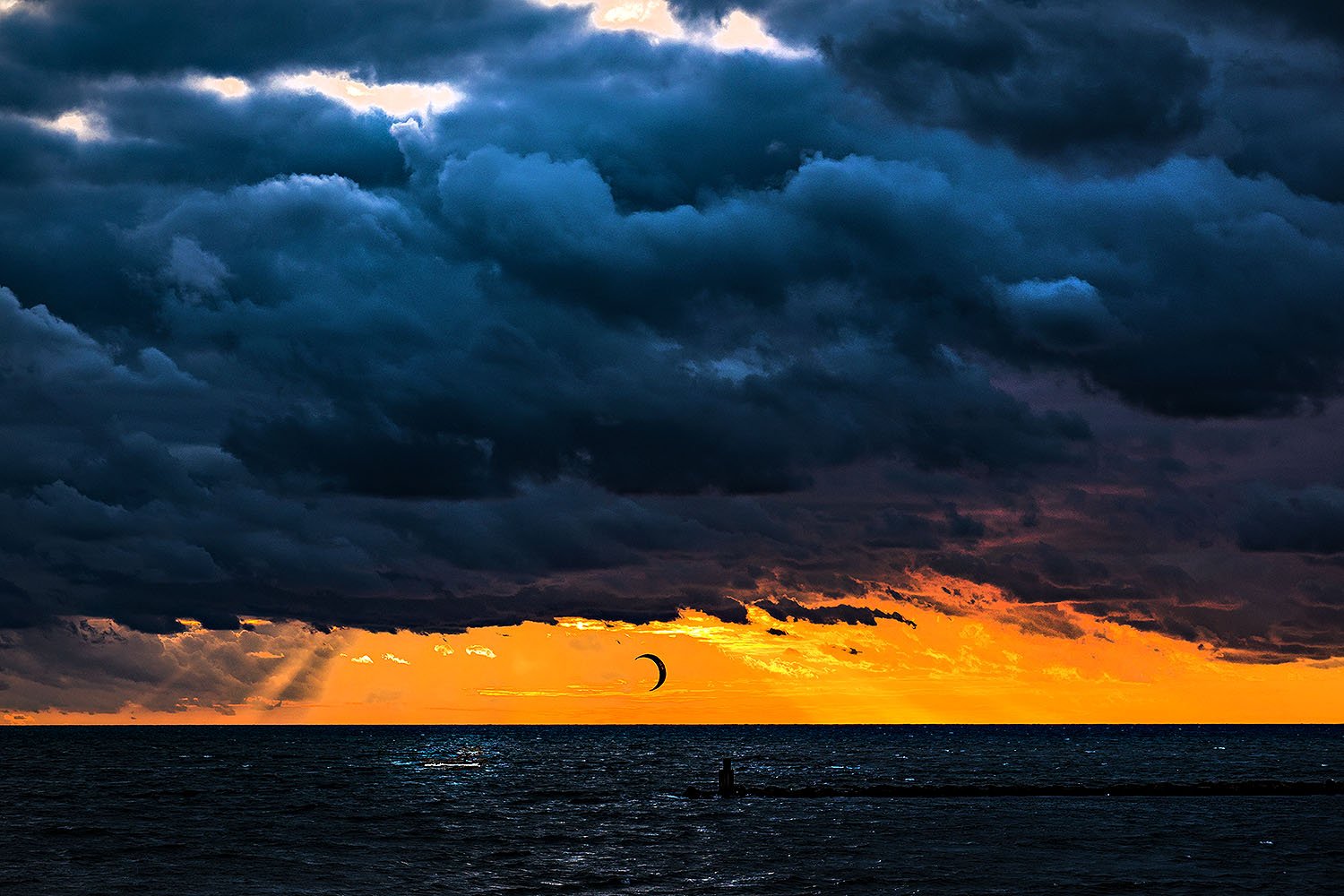 Interesting concept. I suggest a crop from the top to eliminate the blown out areas in the sky–they are eye grabbers. You might also try reducing the cyan in the clouds a bit. Third, I would like to see more detail in the water. I am on the fence with the sail because you cannot see the person on the water.
-P

Thanks!
I didn’t like the crop, but a few content-aware swipes with the spot healing brush did the trick. Agree about the cyan; it needs some to balance the orange, but not that much. Enhancing the water, I tried it, but it became too HDR for my taste. I like the kitesurf sail, but YMMV 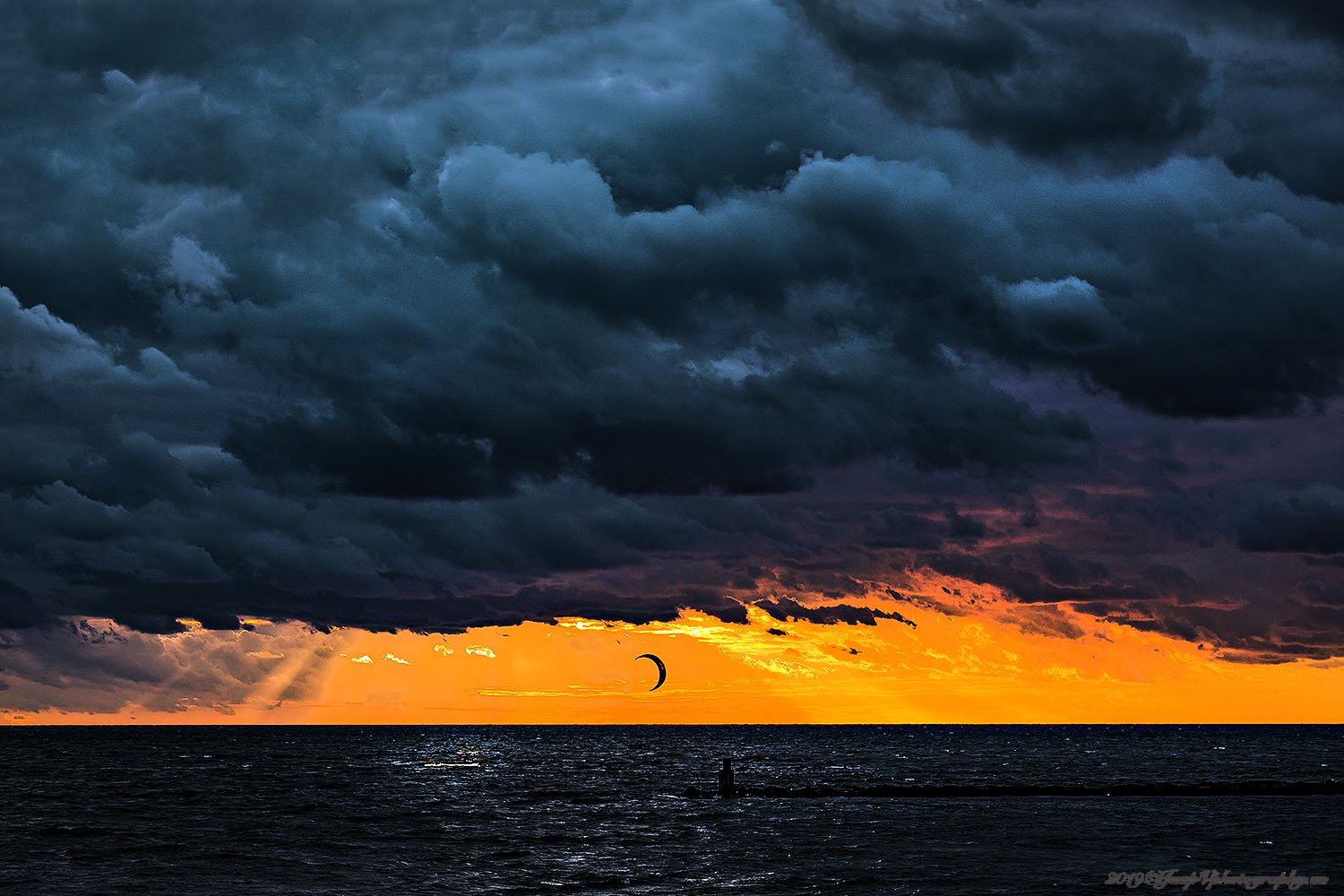 Super dramatic. I too like the sail as it definitely adds an interesting if not telling element to the bigger picture. Cloning the clouds was a good choice

For me however, I think a little over the top. The sea and a good portion of the clouds are unnaturally dark. Yes, I understand this is intentional and certainly a personal preference. I don’t so much mind the dark sea, but if the sail is important, then for me I want to know what it’s connected to; that’s a big part of the story. I see a highlighted (painted) area that I assume is the surfer and board, but it’s impossible to make out. Also, is that a jetty in there as well? Again, too dark to make anything out of it.

I really like the warm/cool colors and the break in the cloud drama along the horizon. In the end too dark for me, obscuring some cool elements.

Thanks, I see your point, de gustibus etc., but, in the end, we have to work with the subject as it is. Yes, it is dramatic, but then, that was the reason I took the picture.

It is over the top dramatic, but I like it. For me, the issue is that when I first looked at it I thought the sail was a crescent moon that looked fake, so I was confused (nothing unusual for me). If it were my photo, I think the drama is the subject and would clone out the sail and return the light part of the sea to its native state. Degustibus indeed.