I pursued this stand of birches for quite some time but couldn’t come up with a decent comp. I finally settled on this. What do you think?

I’ve gone through my favorite set of Utah images and now am posting the ‘also ran’ group. 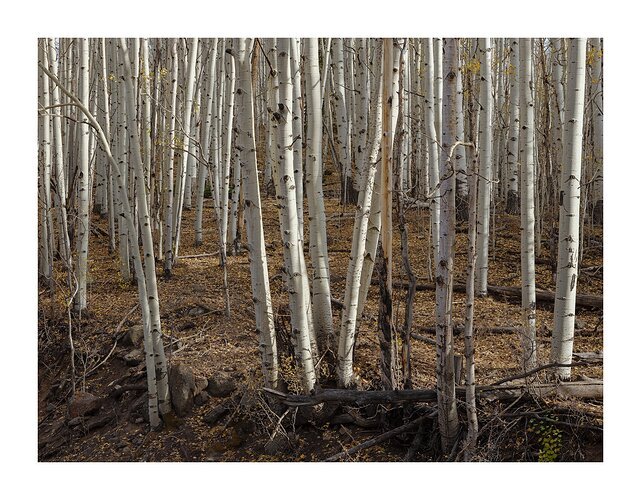 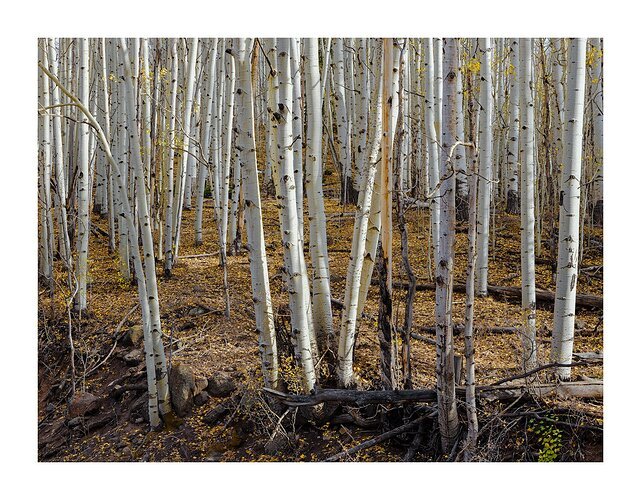 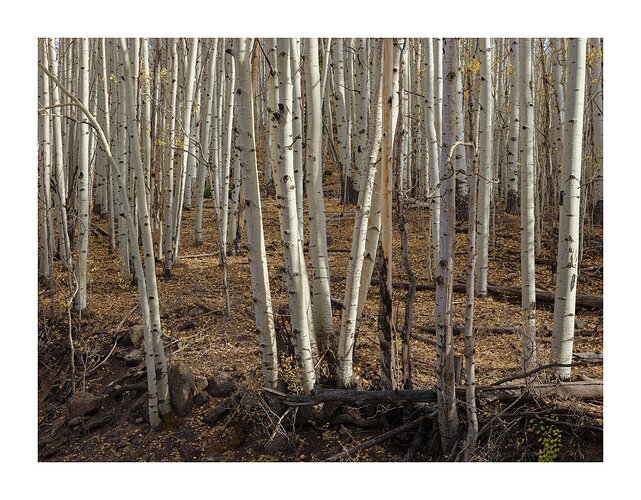 Hi Igor! Beautiful forest of birch! I love birch trees! I love the way the light is hitting the trees and the shadows. I think if we’re there I would have gotten on the ground to get a view going straight into the forest instead of looking down on it. If that makes sense. But it’s really beautiful I really love it!

Beautiful light and shadows. I could see this as an abstract, with just trunks. I like Vanessa’s idea of getting down low, but then you’d lose the nice brown leaves on the forest floor. Just depends on what you want to say. Overall, it feels a bit flat, even though there’s lovely light and shadows. For me, I think the trunks could be cooler in tone, to contrast with the warm leaves. I took a crack at that - cooled the entire image, then increased the saturation and luminance of the yellows and oranges. I really cranked the yellows so the little bits of leaves remaining on the trees would pop out. Also brought up the shadows along the bottom. See what you think.

I rather like this and as presented. The trees are complicated but works quite well and the ground, well, grounds it.

Beautiful capture, Igor, and great detail. I really like Bonnie’s boost, but think she may have taken just a wee bit too far. Reduce hers by 10-12% and it’s perfect.

I do too. I have to be with it a bit longer to see how I feel about it but so far I see it as a significant improvement. The image feels somehow less somber and that’s how it was meant to be. I liked this image when I shot it but then liked it less. Now it feels good again. Go figure.

I like the perspective of shooting from above. It makes the forest floor and fallen leaves a more prominent player than in most woodland images. I think the carpet of leaf litter tells a good seasonal change nature story, perhaps more so than just showing bare trees.

I like Bonnies idea to enhance the leaves, but if you wanted to retain more of the somber mood (perhaps more in line with the late autumn nature story), then I would suggest not affecting contrast and color temperature as much. Here is a rework that maintains more of the the original look of the trees, while drawing more attention to the leaves on the ground. I increased saturation and luminance in just the leaves using a TK color selection.

Thank you Ed. I also added it to the original post to see the difference between the 3 versions. I actually shot this image by metering it on the high values in the histogram in order to not blow out the whites. This resulted in an overall dark image which really didn’t reflect what was there. I should have made the corrections in PS but 4 months went by and I forgot how it felt when I started. It was meant to be stark but not necessarily somber. In fact this is a late fall image, not winter.

Yes the sense of space between the trees that the leaf floor provided was one of the goals of the image.

stark but not necessarily somber

I think Bonnie’ version best hits that goal, and is the one I prefer.

I like the original. It seems to have more of an emotional feel to it than the 2 revidions…Jim