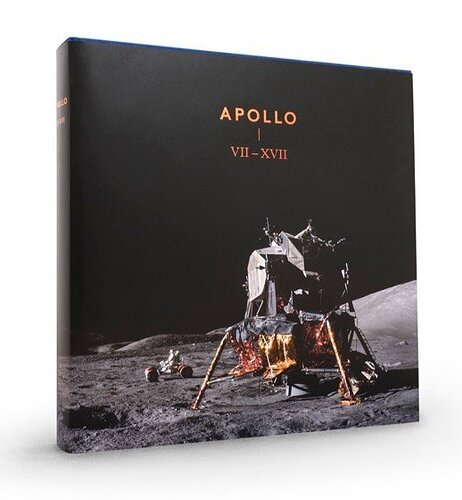 This book has been an inspiration for me. It shows images taken by the Apollo VII to XVII astronauts during their moon landings. NASA worked with Hasselblad to develop cameras and film that could withstand the cold and vacuum of space. Hasselblad came through. They sent photography experts to train the astronauts on how to use the equipment and on basic composition techniques—Framing, Exposure, Focus. The book has a section telling how they built the cameras, the film canisters, and how they created 70mm rolls of film (B&W and Color) that could work in space.

Hasselblad provided experts to be online during the moon walks in case the astronauts had questions about a specific shot they were trying to make. On the Apollo 11 mission, Buzz Aldrin asked CAPCOM to recommend settings to photograph the solar corona from the sun coming up behind the moon. The expert responded:

“If you’d like to take some pictures, we recommend using magazine Uniform which is loaded with high-speed black and white film, interior lights off, electric Hasselblad with the 80mm lens. And you’re going to have to hand-hold us, I guess. We’re recommending an f-stop of 2.8 and we’d like to get a sequence of time exposures. And on the exposures, we’re looking for an eighth of a second, a half second. And if you think you can steady the camera against anything to get longer exposures, 2 seconds, 4 seconds, 8 seconds. Over.”

Most of the book is a wonderful reprint of scanned images from those 70mm rolls of film. It’s fascinating to see how the astronauts created their compositions. Can you imagine trying to photograph in a spacesuit? With a helmet, visor, and heavy gloves? I look at these images and think about composition, settings, etc. and am intrigued because of the challenges they had and because, hey, it’s on the moon! These are truly original images. No one’s created them before.