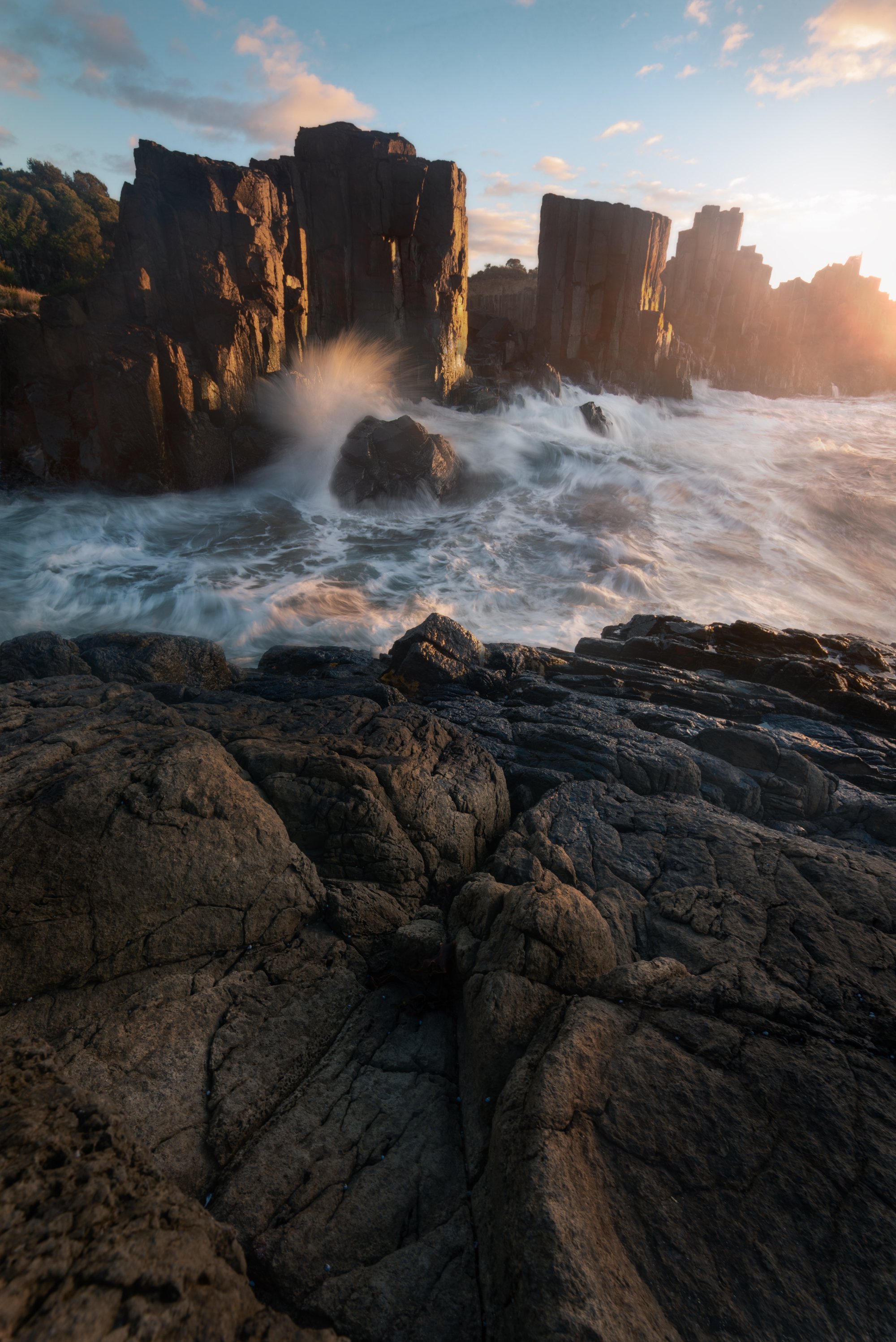 I love any kind of feedback

This is quite excellent. This looks familiar… was this taken during the same session as your previous image? Or a different time? I like this one much better given the beautiful warm light and surf action - the crashing wave is captured nicely. The swell and surge of the surf is strong with this and captured beautifully - and the sky, a great addition.

I’m a little torn about the inclusion of so much rock at the bottom. It kind confuses the viewer (at least me) as to what is more important to you - the surf and fascinating rock formations and light up top - OR the interesting details in the lower half. For me, I would crop at least half the bottom rock to make sure the eye is drawn to the main story. At least that’s me.

As far as handling shadow detail… I guess it all depends on how important those details are. In this image I think the shadows are marginally important (cop-out answer) and so some detail is nice. I think what you have is just about right.

If you want more, the first question is, what is available in the raw? If it’s clipped on the shadow end, no amount of adjustments can bring detail back. If there’s detail, then something as simply as a darks mask using a Levels/Curves layer to raise the shadows slightly - and then using opacity of the layer as another control of degree.

In most cases I’m not so concerned with shadow detail - again, unless those shadow areas are prominent and beg for detail.

You’ve got a terrific, dynamic seascape here. I’d go with a square crop coming down from the top.

You have captured some nice warm light and wave action Dale. As for the foreground rock, I agree with Lon on maybe cropping out half of it. That would place more focus on the drama in the top of the frame.

Dale, let me start by saying this is a really good image. The dynamic light and wave action, combined with the texture in the foreground rocks are simply marvelous. Even really good images can sometimes be enhanced, and with some tweaks, I think this image can be taken up a notch to an outstanding image. I do agree with the other comments about cropping some from the bottom, I think it would place even more emphasis on the dynamic waves and light near the top of the image, i think 5:7 ratio would work well here.

In many of my images, I try to deal with shadow detail by using a TK Subtracted Mask (Darks 2 minus Darks 5), on a levels adjustment layer. I pull the right triangle in the levels AL to the left to lift shadow detail without losing too much contrast. This technique protects the very darkest tones from being adjusted, but still adds some shadow detail. You can play with the opacity of this adjustment layer to fine tune it. I would also suggest doing some local dodging of highlights, the crashing wave to draw more attention to it, and the rock highlights to create some contouring. I dodged highlights through a TK Lights 2 selection at 10% opacity. Here is a rework reflecting my comments. 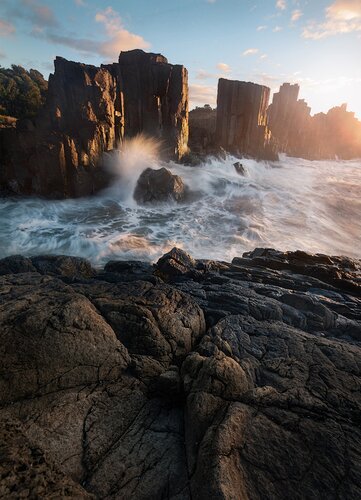 What a fantastic dynamic scene and perfect light! I think you’ve done a great with the shadows. If anything, I think you could play a bit with the contrast between that curvy brighter area on the foreground rock and the shadows directly to its left. My usual approach is to bring shadows all the way up in the RAW file just to see what’s there and what additional detail and tonality brings to the image. Once you know what you’ve got, you can push it whichever way serves your image best. Sometimes, a solid shadow is exactly the way to tell the story and bringing them up too much flattens things out too much. I took a little stab at it and found that a little Dehaze added to the image give a little bit of extra drama. I also really like leaving the shadows dark in the distance. I gave a little extra contrast with a circular filter to the foreground S curve. 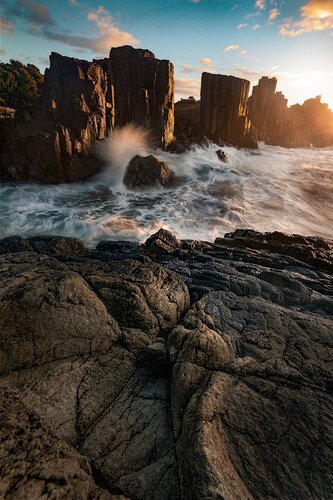