I have not been posting images here recently due to the sudden death of my photo desktop, and my laptop having a poor screen. While waiting for a new desktop to arrive, I have been intrigued by discussions in recent posts regarding the use of image borders.

I am not seeking critique of the image, but rather thoughts on borders vs. no borders, and on the use of different border widths. For my personal taste, I prefer white borders for a clean and simple look. I also like having all 4 borders the same width, but I’m experimenting with border width.

Here are some alternate presentations of the same image. Looking for any and all comments on the aesthetics, especially of the border width, or using borderless vs. with borders. The last image with the widest border, uses a border width based on the golden ratio, that I read about in an article. This states that the border width should be about 10.9% of the longest side of the image.

I actually use and like that ratio when I frame and mat physical prints. But I think it is too wide for display here at NPN. That is my only bias I will disclose, otherwise I’m seeking any and all input and comments. I know the images are slightly different sizes, but am looking for comments on relative proportions.

I should also say that I am only looking for comments on how this affects the aesthetics of display here at NPN on a dark background, and not at other places images might be posted. 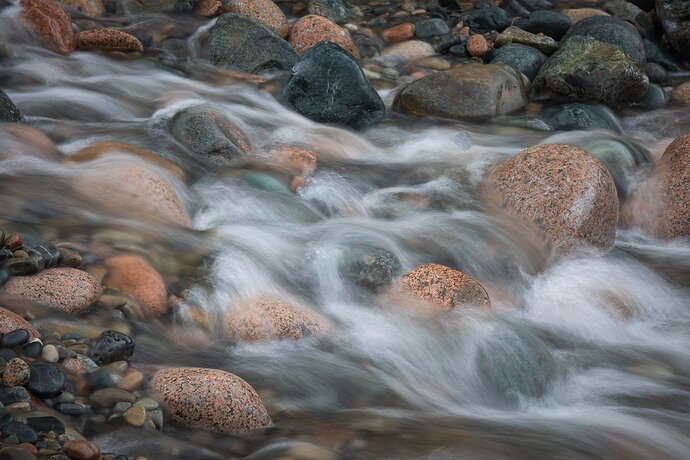 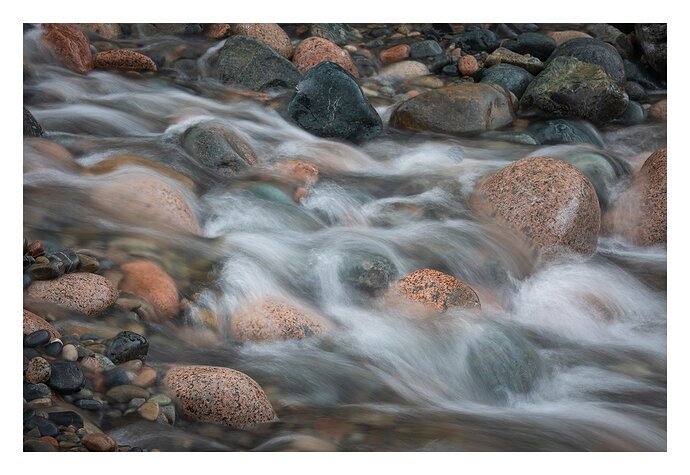 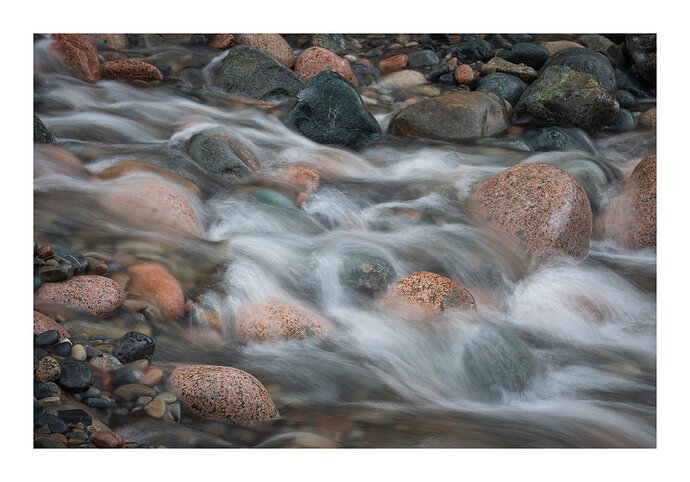 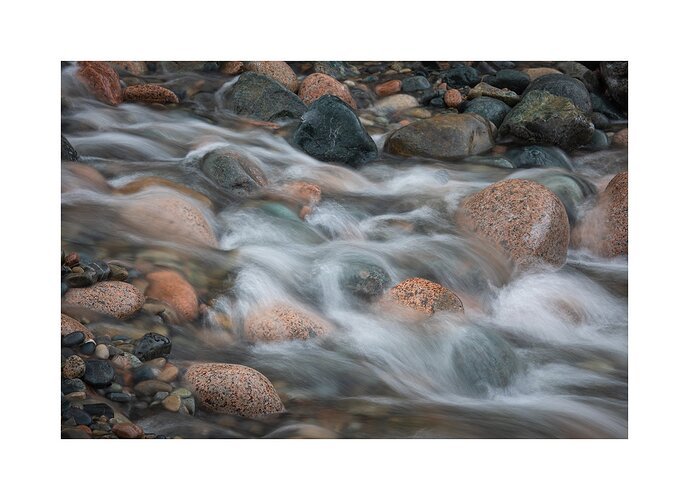 I view NPN on a 15" laptop so for me, I prefer no border or maybe the thinner white border. I think sometimes the border goes better with some images vs. others for my viewing habits. I also feel that whoever set up the UI for NPN was brilliant in that clicking on an image pops it out from the web page background without any distractions. Now if I only had a 27" monitor…

I agree that certain images images benefit from a boarder, and IMO, this is one of them.

Personally, I like the thickness of image 3 in this instance, especially (like Keith) as I view NPN on a 15" laptop and on occasion, my phone.

Ed : I used to use borders quite a bit, sometimes with a related colour, and I do think they can enhance an image. Interestingly the International Garden Photographer of the Year competition refuses to accept them ( or used to at any rate ) - I guess because they can affect your response, which they feel ought only to be prompted by the image itself.

Here I do like Image 4 in particular. Nice shot, too, with some very delicate hues.

Great image, Ed. Nice and simple with a nice flow from corner to corner. I’ve always preferred a white border for web presentation, but on the old NPN the presentation was so small, I got out of the habit, because the image itself was too small. With the larger posting sizes on here, it looks great. I really like Image 4 because it looks more like a traditional matted print.

Ed, I personally don’t like borders for web presentation, especially now that NPN shows the large version over the dark gray background. I feel like the border just pulls my eye right out of the image because it’s the brightest thing on the screen. But I do love a matted physical print, so go figure.

Interesting thought, Ed. I have never been one to do much with the borders, not sure why. Maybe because most of what I have done (beside print for personal use) has been to photo contest, and most of them prefer no borders. As for your choices here, I think No. 4 is my pick. It just reminds me of the white mat that one would use around a photo when framing. I have been missing your post too. Glad to have you back.

I think this is a great topic for conversation.

For me on this image my favourite is the fourth image with the largest border and then the no border.

I suppose the other thing to consider is that all of the borders are symmetrical with the image. Sometimes I see borders that have more space in one dimension than the other which are also effective.

This is a really beautiful image Ed. I prefer #4 as well. All those round shapes within a rectangular box make for a strong design in my opinion. Some comps benefit more from a frame than others and I think this one does. Sometimes you look and you know it does but can’t explain why.

The center rock rising from the water is apparently meant to be the center of focus but the grouping of rocks in the bottom left quadrant are just wonderful and could almost be their own composition. As your eye looks around the top layer of rocks play a nice subordinate role with lots of interest. I might burn in the brighter rocks near the top edge without affecting their saturation (or just that one bright one). The center of focus rock may be just a tad in your face as well. There is an almost unnatural presence to it. Perhaps reduce some of the contrast in it.

I took a second look at them all and decided that the top subordinate layer has a greater presence to it in the frameless presentation than in the framed ones. They just seem to glow more. I wonder why. In fact, that layer seems less subordinate in the frameless version. I don’t know if it’s my imagination now.

You might flip through Pete Hyde’s images to see where the frame works better:

Thanks to all of you for your thoughts on the use of borders, it has been interesting to have a good discussion on this.

The thing that intrigued me was Igor’s point about the borders interacting with the composition, and lines, shapes, etc., within the image. I think that is a significant factor in why I’m experimenting with this. For some images I think this interaction of the border with the image can really enhance the image presentation.

I knew this was a very subjective topic to discuss, and anticipated a wide range of preferences on my alternate images. I was actually mildly surprised to see a modest consensus for either Image 4 (the widest), or for borderless (especially in light of the better NPN 2.0 image display).

In doing some research, it appears only a limited number of members in the landscape critique forum consistently use borders. I then measured their border width to get ideas on what they do. I chose to quantify border width as the width of one border expressed as a percent of the longest side of the image.

The 4 or 5 folks who consistently use borders usually have borders that are about 5% to 6% of the longest side. This is equivalent to my Image #3, which no one picked. My Image 4, the Golden Ratio, has a border of 10.9%, seems a popular choice so far. And Igors link to Peter Hyde shows he uses wider borders too. Do the people who prefer Image #4 like it because they think it looks like it would be good as a print, or because it makes it look better here at NPN, or both?

Thanks for the replies, I appreciate hearing your opinions.

I also like #4, Ed even though I would add more borders on the bottom to make it more even with the sides or if it were mine, a little more to the bottom to “ground” the image. To your question, I like #4 mostly because of the framed print impression. The thin borders on #2 and #3 make them look like unfinished prints: Borders that you add to the prints so you can mat them. Additionally, it creates some sort of imbalance in the overall presentation. So yeah, I would either go borderless or thick borders, but not in between.

I think the border on image 4 does make it look like a print which adds value but I also find that with the thicker border there is a greater separation from the dark grey NPN background and the image itself. That makes my eye focus more on the image.

Ed, I much prefer an image presented with white borders; image #3 works for me, the others seem too thin or too wide to my eye. Although, like you, I mount for framing with the wide border, I have some that are centered and many where the bottom space is weighted more than the top and sides; a hold over from old days of mat cutting training.