I took this last June when there was a lot of snow everywhere. I used a 6D ii and the 100-400 F/4 ii at 100mm 1/40 sec at F/22 ISO 100 on a tripod. I think there was before I realized using F/22 here does not make any sense. 1/40 is a bit slow however I did use mirror lock up and a 10 second delay. I like the composition but wondered if I should have gotten less sky and more trees. There was nothing I could have used for a foreground object. 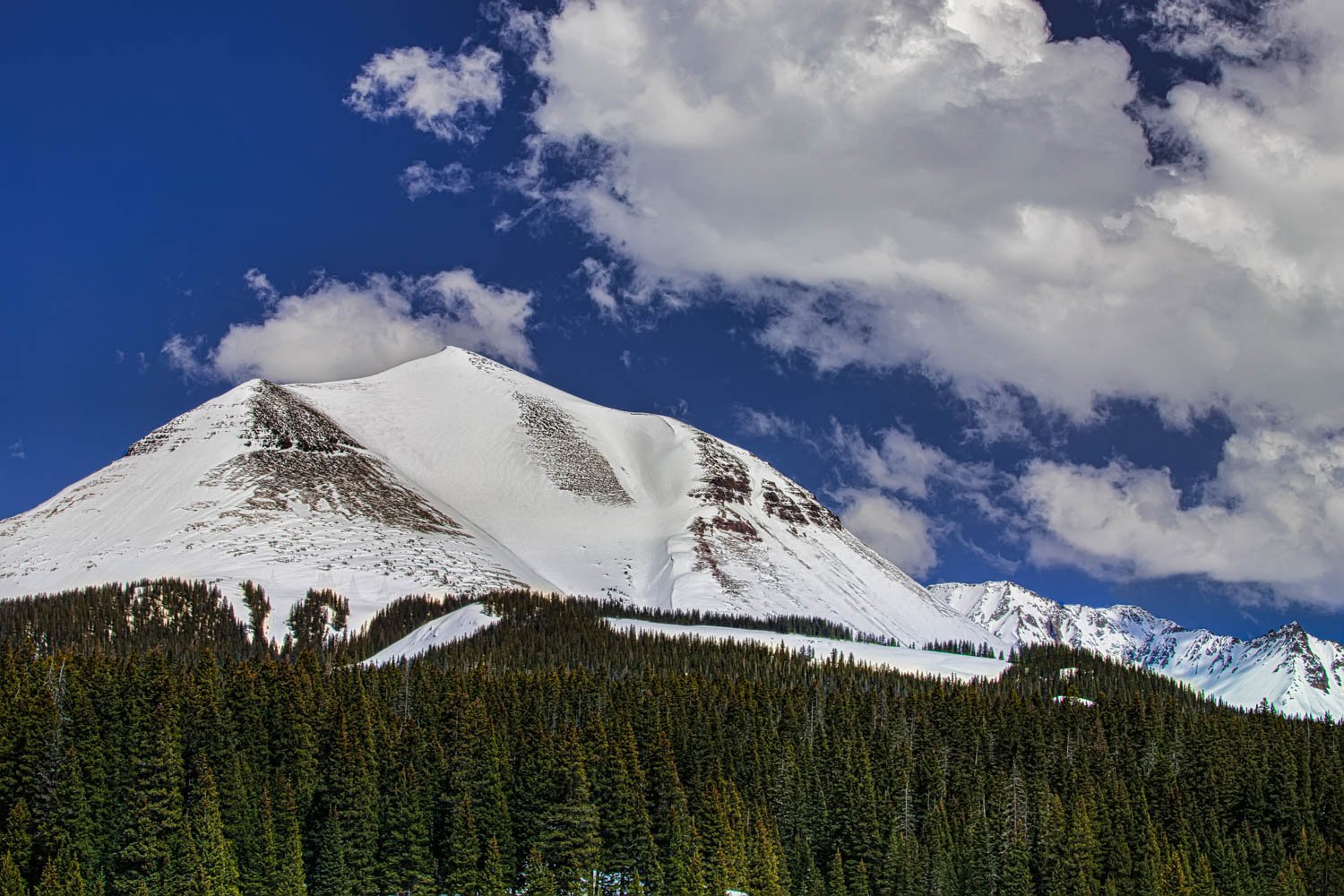 I think the balance between sky and trees is good as is. I would clone out the small patches of snow peeking through at the bottom, to my eye they are distracting.

Thanks Tony, I agree. Good suggestion

I like the composition but wondered if I should have gotten less sky and more trees. There was nothing I could have used for a foreground object.

This is a nice shot Dean. i think you have a good sky/land balance in your composition, but to some degree you have answered your own question. If there was nothing interesting below the trees shown here, it would not be additive to the image, less is often more. Also a viewers eyes are generally drawn to the brightest parts of the image, and the snow and clouds are the stars of this show in that regard. to show more trees would likely only detract from the viewer focusing on the interesting clouds in the sky. That’s why I also agree with @Tony_Siciliano suggested crop, the tiny bright patches of snow at teh bottom pull the eye away from the center of the image. with these clouds and light , this might also make for an interesting B&W image.

Thanks Ed, I have made the changes that Tony had suggested. I should see how a black and white would do with this one