Come talk to me 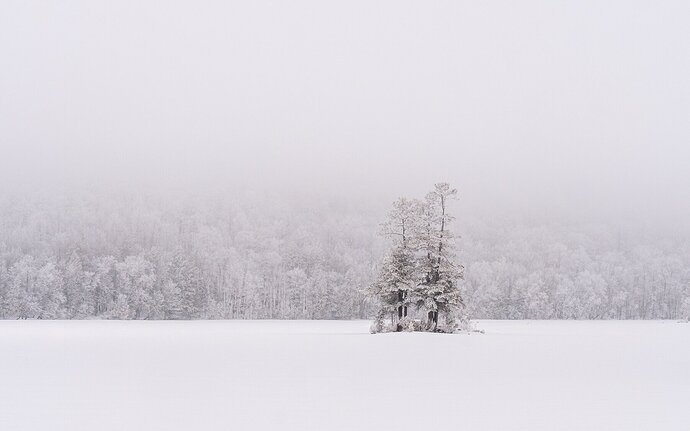 Another shot of the little island in the river that I shoot so often, this time I was on the dam that’s just below instead of on the road and shooting it side on. Although I did that, too.

We had freezing fog that hung on long after sunrise. It was the warming temps that eventually put paid to the frost itself, but I got out for a few hours and it was magic.

I had a tough time with the vibe on this one. It was pretty foggy, but not so much that things weren’t clear. I wanted this shot to have a balance of bold and soft. Yes? No? Thoughts? 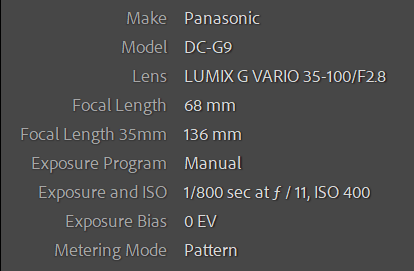 Entirely finished in Lr - a crop to 16:10, white balance adjustment and some masking to lighten the sky. Increased whites and shadows, lowered blacks and highlights. Spot removal and also made a small rock disappear. Fiddled with yellow and green colors to boost slightly. Texture, clarity & sharpening. Applied the Modern 08 Preset at 48% strength just at the end.

I like the forward trees against the soft background, Kris. That works quite nicely. I also like the high-key nature of the snow and fog. This would also look great in B&W I think. The negative space of the fog actually helps to “push” down the forward trees, making them feel grounded. I wouldn’t change a thing.

I’m surprised that you shot this at f/11 since you wanted that bold and soft look but this actually works as is. Those foreground trees with the deep blacks and heavy contrast set themselves apart from the fogged in and moody background trees. The background sharpness falloff is terrific with the fog enveloping the trees on the hill. I also really like the crop that you chose for this image. I’m not sure about the green and yellow added to the foreground trees. What a terrific location Kris. I could see this one framed on a wall in a lodge somewhere.

Lovely!! The fog is perfect to set off the very attractive clump of trees. I’m glad there is a small group of them – friends are nice to have when you live in the middle of a river.

thanks to the Three Ds! I was shocked that there was still fog on the river when I got back from the woods. I have to come right near the bridge over it and it was still foggy so instead of going straight to go home, I took a right and zipped to the other side. A whole minute of driving, lol.

The green really is there in the pines. Mostly white pines. So when my camera white balance didn’t bring it, I found it and brought it myself. Dithered a lot though with white balance. Fog is tricky.

And yeah, there are a couple of big pines there and some tiny ones. There is another very small rocky island with one sapling sized tree that’s probably 50 years old. There’s a sign on the island, but for the life of me I can’t remember what it says. I paddle there now and again so the next time I’ll take a shot of the sign.

Oh this is a lovely image.

I wanted this shot to have a balance of bold and soft. Yes? No?

Yes. That’s what stands out in this image for me. The two trees stand out from the rest but not too much. They are part of the scene yet distinct. I think you pulled that off well.

It’s a simple composition yet that simplicity makes it work. Sometimes simple can be boring (following the rule of thirds) but I don’t think that’s the case here. And I think the size proportions of the trees within the entire frame is about right.

Thanks @Igor_Doncov - it’s so hard to thread that needle sometimes. The rule of thirds was the way to go here because it works and because there is a small rock with tree just to the right of the edge of the frame here. I have some shots with it included, but the balance was off and the tree wasn’t as isolated as these here. If I had been able to get higher to get the small tree completely in front of the frozen water surface, it might have worked, but climbing the fence was probably a bad idea.

Great image. It made me pause and enjoy. I like the contrast between sharp foreground and foggy background. Maybe a slight crop off the bottom? Hard to tell…thanks for posting, very nice.

Thanks @CharlesV - I dithered quite a bit with the cropping and there are so many good ways to do it. Glad you liked it and took the time to chat. Appreciate it.