Is this a composite? Yes. A composite of two images taken less than a second apart. The female’s wing position and sharpness of her eye was better in one of the shots. Also, added a bit of canvas to the right side. 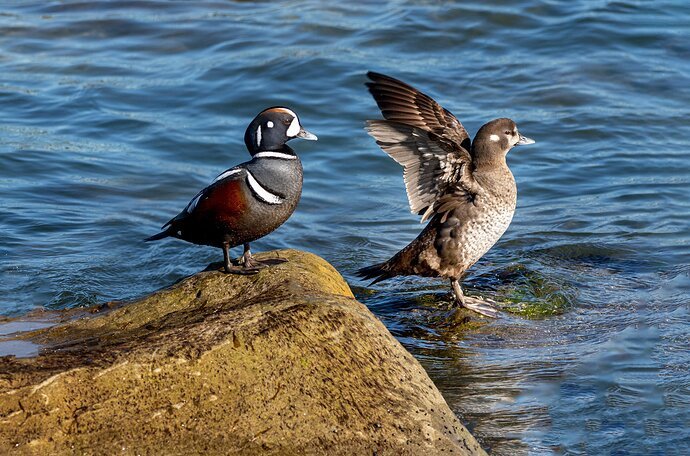 Harlequin ducks are quite pretty and compete with both Wood Ducks and Mandarin ducks for the rainbow duck category. While I am not a fan of composite images, I think you did a fairly good job.

Very cool pair. I’ve never seen this species before. Not sure they come all the way up here. I like the two poses and that you could combine them, but the added canvas is a bit messy over there. I’ve never tried to do it so maybe this is how it is sometimes.

Hi Allen
You have more talent than I have, putting the two Harlequin together. Sense you went to all that work, I would like to see this photo cropped into a 16 by 9, taking off 10% from the botton.
Peter

Nice job on combining the two, Allen. Kris mentioned the canvas addition. It doesn’t look like that was a problem, but the lower right corner looks quite odd with patches of different textures in the water instead of a smooth transition from one pattern to another. Other than that, I love the result.

I’ve cropped as suggested by Peter and think it looks better. I’ve re-done the canvas area-it’s different, not sure it’s better. Also, re-composited as the rock in the first post didn’t look right. Peter: it was fairly easy to composite as the frames were almost identical with the exception of the female. 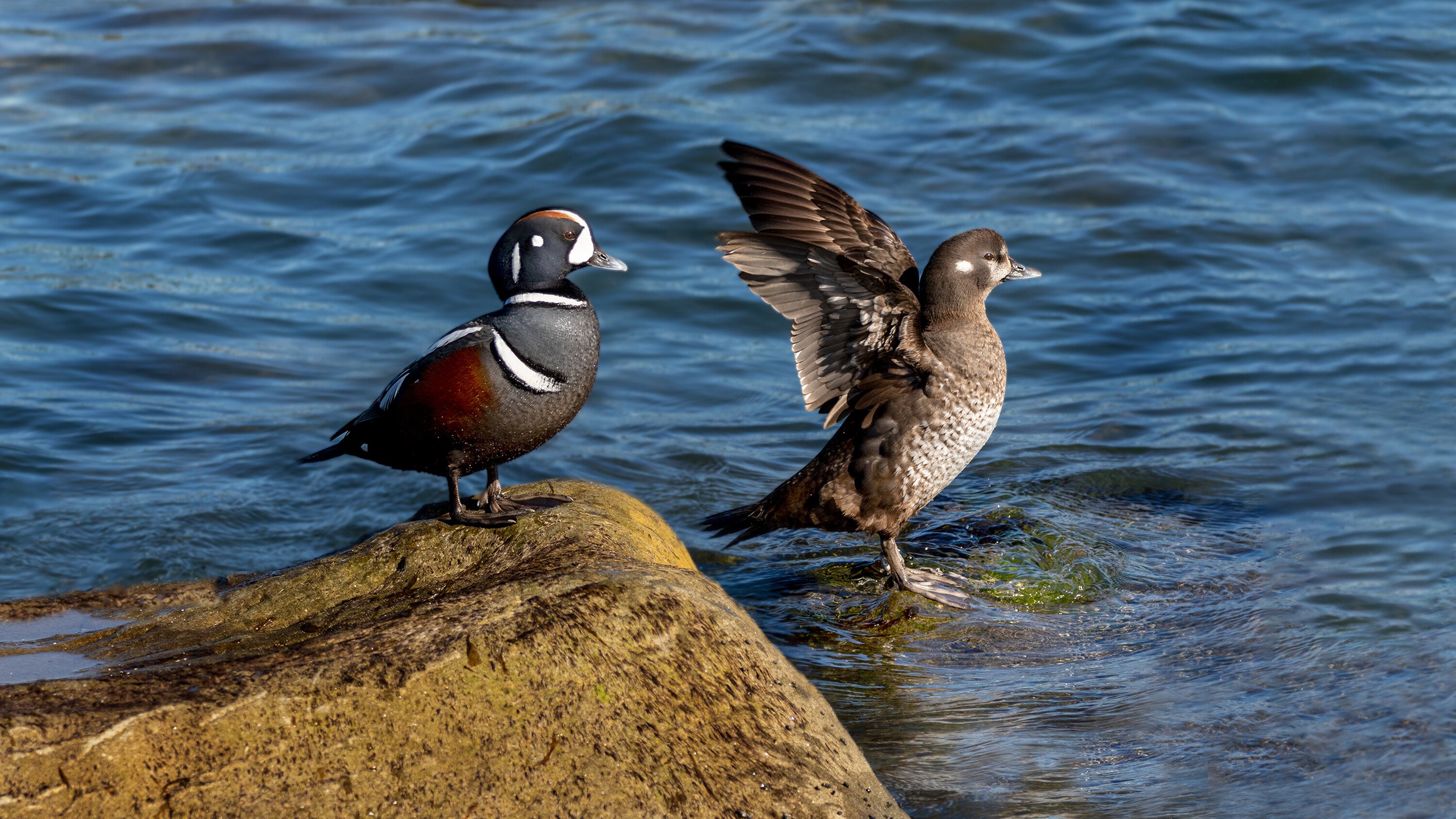 It is nice to see the Harlequin Ducks. A good photo of the pair. I like the idea to crop out some of the rock and the water in repost looks much better.