How to deal with saturation - cliff sunrise 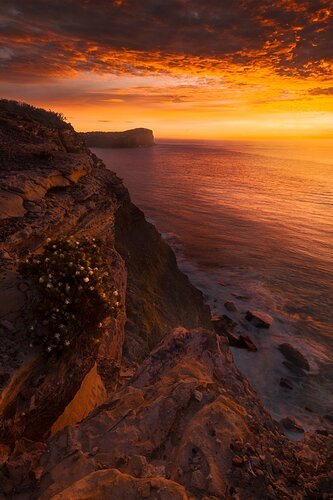 Finally got a nice sunrise at a composition I’ve been working on for a while. Would love some feedback

How does the saturation/colour balance look as well as the composition (particularly the foreground elements)?

I really like this shot (wish I could’ve been standing there with you to soak this up). My instinct would be to see what it would look like by bumping up the shadow just a touch and, if the ability’s there, moving the cropping some to get a little less foreground and a little more sky.

The colors are wonderful in this image. I think also think that the foreground overpowers the image a little. I don’t know if it would have worked to move the camera to the right a little more. Just a thought.

I find that the reds stand out more if I cool the image and then bring back the warm colors. I’m not sure if the image is better with the very bottom rocks or not. I cropped some for a comparison, a composition I slightly prefer more. I raised the shadows but when I added texture the shadows went back down again. I agree that they should be further raised. 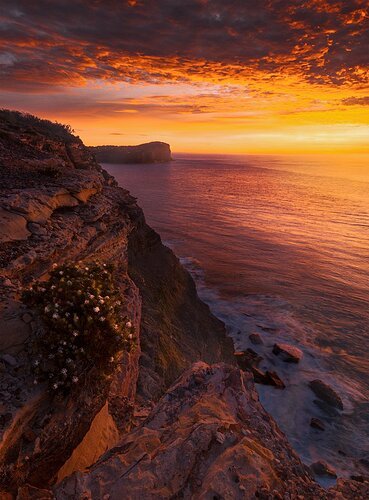 Beautiful Photo image Dale. The color is great and color rich. I like the crop that @Igor_Doncov did. I have used a neutral density filter 10 stop, 6 would be better but I don’t have one. It gives a glass effect on the ocean. If this case not sure it would work if clouds moving quickly.

Beautiful image. To my eyes I think it has a strong red cast. I’d try to cool the WB and then also cool down only shadows (D3 luminostity mask on a color balance layer) and maybe desaturate it a bit.

…Finally got a nice sunrise at a composition I’ve been working on for a while. Would love some feedbackWhat technical feedback would you like if any?How does the saturation/colour balance look as well as the composition (particularly the foreground elements)?What artistic feedback would you like if any?anyPertinent technical details or techniques:single image edited in camera raw

Hi @Dale_Gribble, this is a very captivating scene! I like the general composition. By including the flowers on the left and the rock face that juts toward the sunset, you’ve helped draw the eye into the image. The details in cliffside are also nice and sharp.

The color is a bit red and saturated for my own taste, but if you were going for a very warm image, you’ve certainly accomplished that. Since you asked about saturation and color, I think the image is bit dark, which contributes to the contrast and saturation. As others have mentioned, I would suggest lifting the shadows. I also think it should be cooled a bit, to create contrast between the cool and warm tones.

The sky seems very compressed, as if you had either used a GND filter in the field or applied a gradient in post. I think if you reduce the contrast of the sky, it might feel less compressed, for lack of a better word.

I would also suggest some dodging and burning of the shadows/highlights, in order to create more depth. For example, you could dodge the flowers, burn the cliff face, dodge the water, and perhaps create a spotlight where the sun is coming from.

Finally, the crop might work better with a 4:5 aspect ratio and I think eliminating some of the bottom part of the image could help with the proportions.

I tried my hand at a quick edit, to see what I would personally do for this image. Again, this is for my own personal taste, but if it were my photo, I would do something like the attached. If this helps, great! If not, ignore what I’ve said. 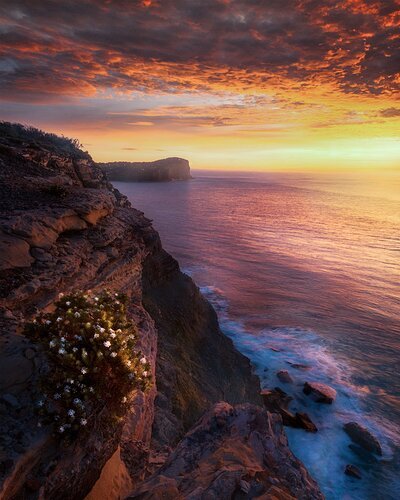 Dale, this a great composition, and it looks like a super location. How many times have you visited it in order to come away with this spectacular sunrise ?

I think the saturation of the sky is pretty well handled in the original post. Color, of course is a matter of personal taste, and for me the reds are too strong. I like the direction that @Igor_Doncov took his rework, cooling the shadows is usually a good thing in a situation like this, and as Igor said, cooling it overall and bringing back warm highlights creates more interesting color contrast. I’m not 100% sure what Igor did, but it looks the highlights in the cliff have been dodged slightly, and that creates some better sculpting of the light for me.

I did another rework, starting from Igor’s version, cooled the shadows even more, and dodged highlights a bit further too. Take it for what it’s worth, all this kind of stuff is very subjective. 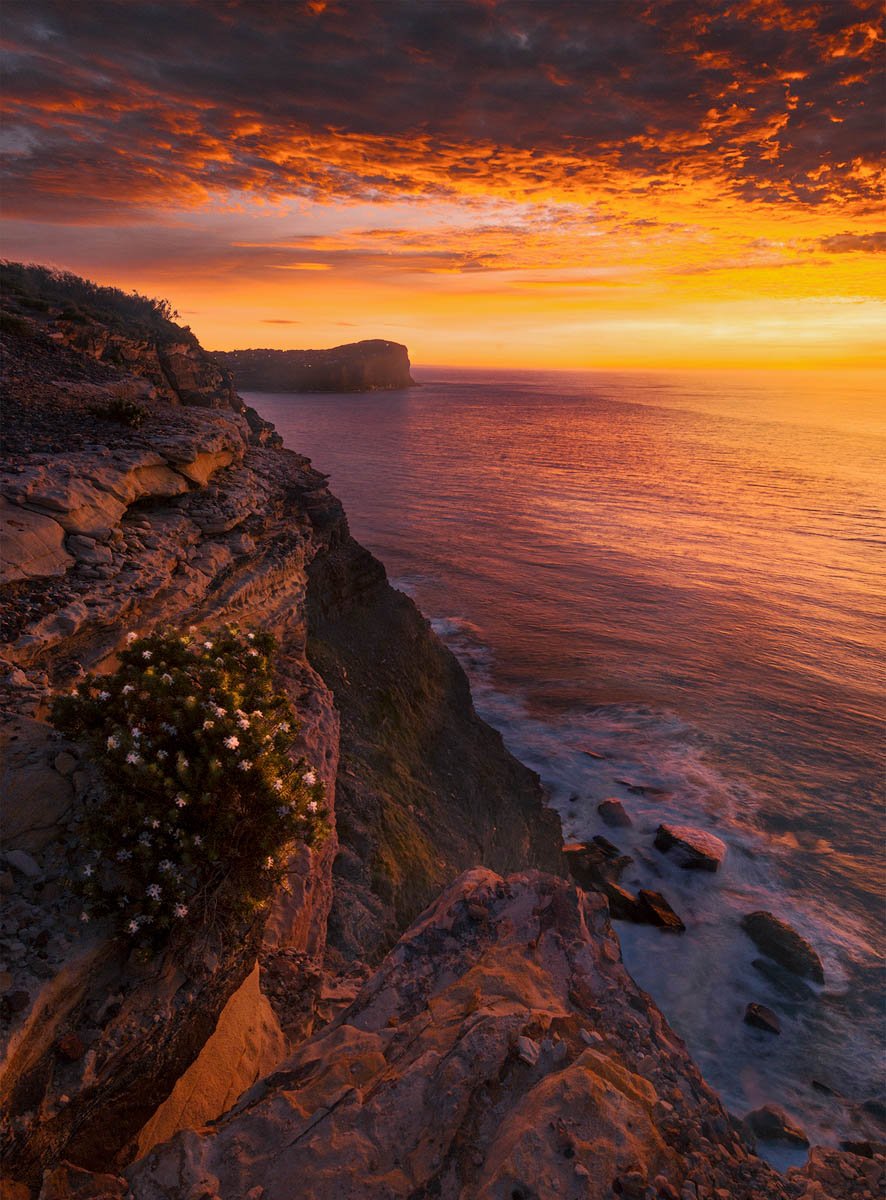