This is an image that has been sitting on my backlog for a while. Every few weeks I will come back to this image and make a few changes, but never feel satisfied with it. I know that there is an image here but I don’t think I have done a good job bringing it out. I would love to hear your thoughts about it. I still remember the day I have shot this. With this kind of cloud, I was hoping for a spectacular sunset but the cloud kept on increasing and eventually we ended with an overcast afternoon. 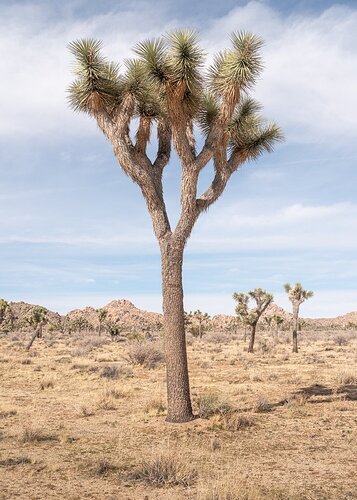 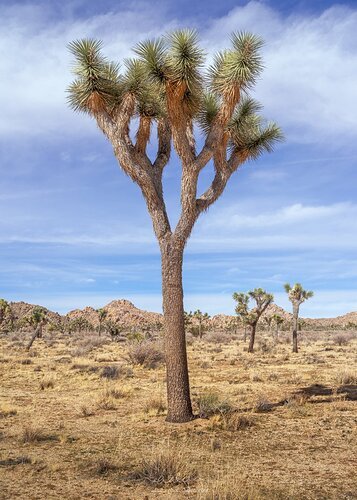 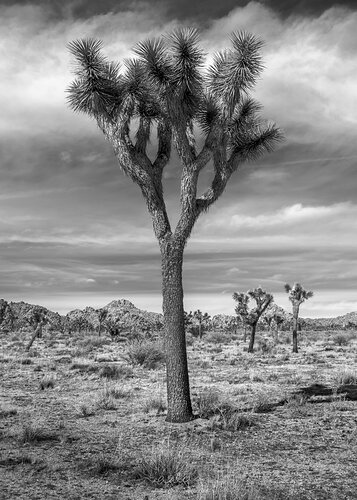 Adhika, as the composition is pretty much what you’ve posted the only change I made was with regard to the overall exposure. This was really rough adjustment but I think it gives an idea for possible changes.
I set the Black Pt. to 15-15-15 and the White Pt. to 242-243-244. The Black Pt. was selected deep in the J-tree cluster or frond and the White Pt. was in the cloud to the left of the J-tree clusters. Both those points were located with the Threshold layer.
The biggest change in the Exposure Layer was with the Gamma Pt. I brought it way down to lose the mid-day harshness there.
Anyway, it was fast and may not work overall, but just an idea. 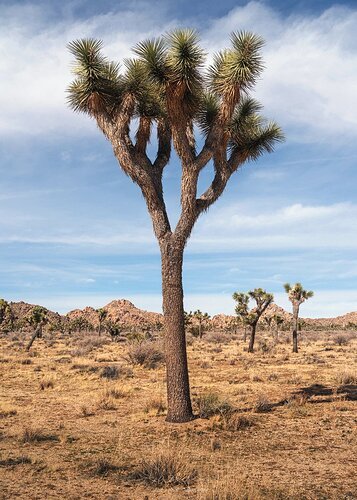 Paul’s tweaks worked well here. It might be interesting to see how this would look in B&W.
-P

A fine portrait of the JT where it’s displayed and composed well in it’s “environment.”

Exposure wise, it’s a bit bright and “pale” - at least to me. I think Paul did well to address it.

I’ve got a version and tackled it differently from an exposure point of view. I used one of my favorite techniques of utilizing a LAB Color layer, copying back to the original and using a blending mode of Multiply (in this case…) I wrote a topic in the Post Processing discussion a while ago.

Similar results here with an increase in contrast, drop in luminosity and pop in color. Have no idea what the normal color of the tree trunk should be, it was coming out a bit on the red side, so I tried to compensate a little there. 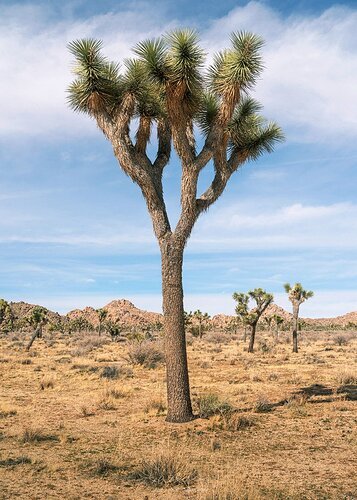 Thanks for this direction. This is really good. My vision is to show a dry desolate desert except for these “weird” trees. I think it’s starting to show with the suggestions that you guys have given. I have added the revision to the OP above.

@Lon_Overacker: I tried using LAB but I am really out of my comfort zone in that color space. The LAB channels do not come to me naturally. Do you have any recommendations for tutorials/books that talk about this?

Adhika, did you check out the link to the post? It has step by step.

Now I’ll be the first to admit that I don’t know if this follows “non-destructive” guidelines for image processing. I also don’t understand the color space much either, although it’s enough to understand the 3 channels, L - lightness, A & B channels.

I’m sure there’s a conversion from LAB back to whatever working space you’re in (Adobe, Prophoto, etc.), but it’s coming in as a layer in whichever blending mode works for you, so I’m not sure if any original pixels are harmed. As I mentioned, the layer itself is awful gaudy… but amazing what subtle effects can be had at low opacities.

May not be for everyone

I did. But the adjustment is very unintuitive (not the tutorial itself): The way the color changes as I shift the ends of the curve in the A or channel throws me off balance. In RGB mode, the curve is in principle doing either addition or multiplication on each color channel, but what does it mean for the A or B channel?

I can play around with either ends of the curves until I find something that I like but there are so many knobs to turn and I feel like I am going in blind.

From a composition point of view I see 2 points of interest: a) the relationship between the big tree and the two small one and b) the rosette of the big tree. For (a) I would crop from the bottom so that frame is closer to the trunk. For (b) I would crop to just where the tree starts to branch and create just the branches and sky.

Here is going with (a). I cut into the tree trunk as you can see. I don’t feel uncomfortable doing it. I also darkened one of the small trees to further emphasize the point. 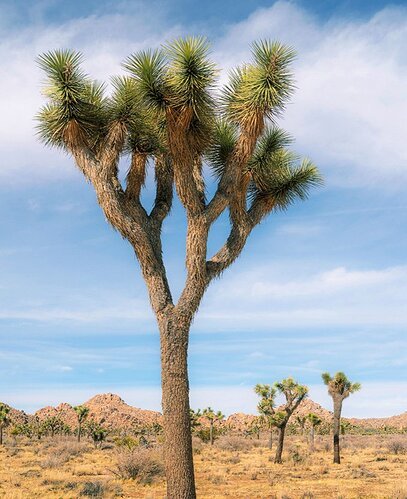 Maybe this will help. I ended up creating an action and have the same settings each time. I just run the action. Pick a number, equal for both sides, say 60 for each A and B channels (4 adjustments, 80 each for Red, Green, Blue and Yellow. DO NOT evaluate or try and pick something - it would be maddening… just pick a number (the same for each side) and go with it. The adjustment and choices come AFTER you’ve copied that LAB Color layer back to the original. Deciding on blending mode and opacity is where the fun part begins. Again, DO NOT scrutinize the adjustments of the LAB Color Curves end points, just make them equal (having them unequal will introduce an unwanted color shift.) Example: A channel: Input -60, 60 B channel Input -60, 60

This composition works really well for me. My first thought when opening it was the same as @Preston_Birdwell , B&W. I took about a minute to do a conversion and add a levels layer. This is what I came up with. I think the B&W takes far better advantage of the lighting conditions, but this may not work for you. Very quick and dirty… 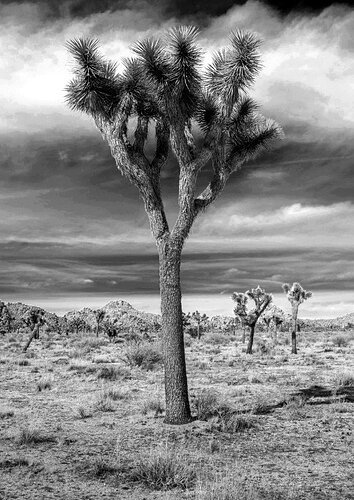 @Harley_Goldman, indeed! I played with B&W a little bit and I really like this direction. I did have to deal with some halos with the contrast but then it’s worth it.

@Igor_Doncov that’s a very very good composition. One that I really like, too, but never thought of. I played with the vertical perspective transform, it seems to make sense in the B&W as well. 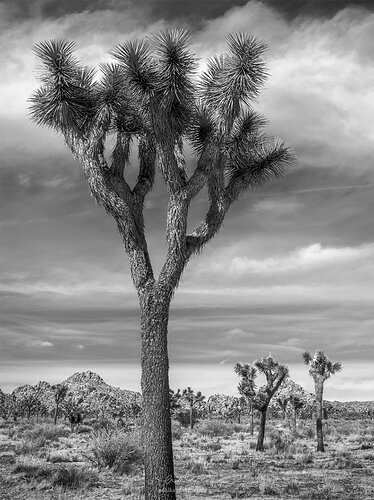