The reason I posted this in Human and Fauna has an interesting history. The shot was taken at the E. E. Wilson Wildlife area. At one time this area was the small community of Wells, Oregon. At the outbreak of WWII, the military came in, bought the land from the residents and gave the residents days to leave. The land became Camp Adair and trained over 100,000 soldiers for the war and was the second largest “city” in Oregon at the time. After the war the camp was basically abandoned and at some point some of the land was taken over by the Oregon Department of Fish and Wildlife. Today, the roads of the camp make for hiking and bike trails; fruit trees from the original settlers remain as do foundations of the camp’s buildings. The area is multi-use, including hunting, and the ODFW has raised and released pheasants for hunting and almost certainly this pheasant had its origin by the hand of man. 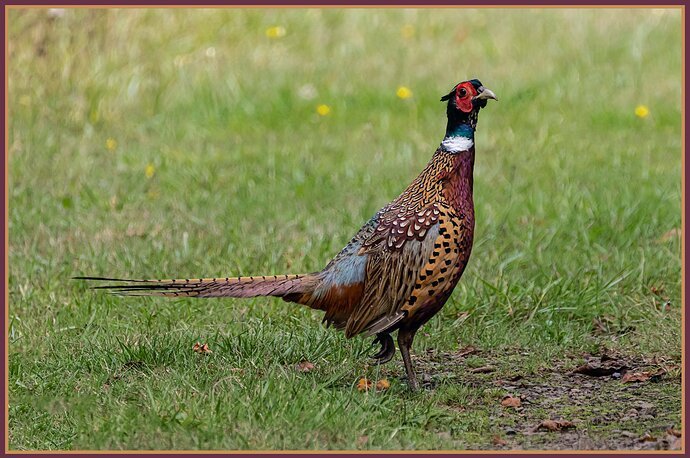 An interesting story and a glorious pheasant, Allen. I like the way you framed him and you got a very nice head turn.