I liked this mainly for getting the Sanderling with both feet off the sand and the trailing water droplets.

What technical feedback would you like if any? Any. Yes, I think the techs could have been better.

What artistic feedback would you like if any? Any. 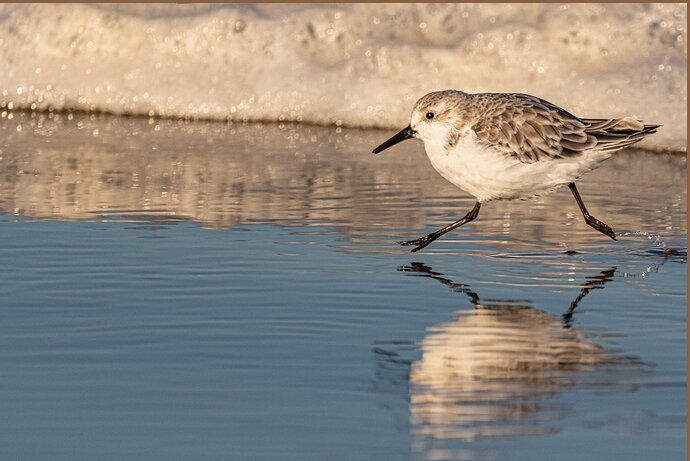 You captured this Sanderling walking on water, Allen. I like the position of the feet and the water droplets as well. Nice low angle.

Great pose, light and well composed, Allen. I too like the trailing droplets, but wish there was just a little more space behind them. The large version looks a little soft - the focal point looks good, so perhaps the shutter-speed was too low?

Love the running pose and a nice comp Allen, I think it’s a tad soft, tough to nail the focus on these guys when they are moving fast.

Nice low angle, Allen. It took me a second to realize that was foam behind it-then it really added a nice sense of scale to the image. The running pose with the drops trailing off the rear foot is perfect.