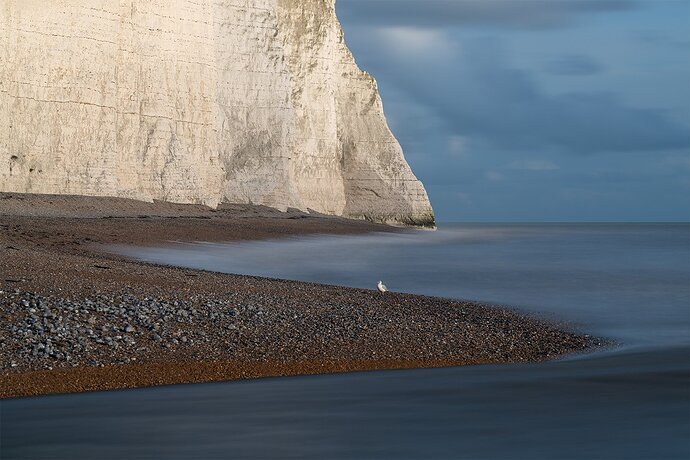 Cuckmere Haven, the start of the Seven Sisters cliffs in East Sussex, UK

Any feedback is appreciated. I like the image and it’s been one i’ve had in mind for a while but just want other people’s opinions on it.

I like it as well. The s curve looks great as does the texture and tonality of the water.

If it were mine I’d try cropping part of the top. I feel it gives more weight to the curve and makes the image a little more abstract

Thanks Nathan. I’ve produced a cropped 2:1 version and it does indeed add more to it. 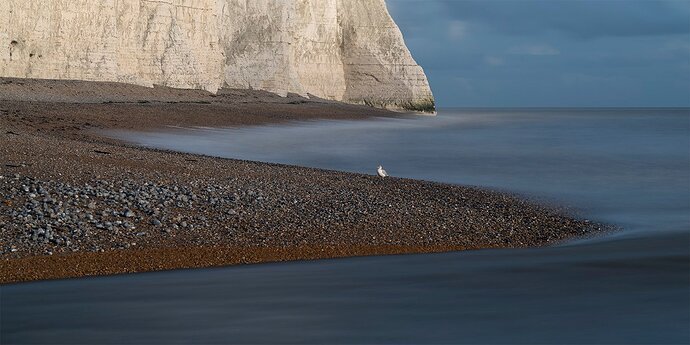 I like both renditions a lot. As mentioned the S curve is the main attraction. With that said, I can’t make up my mind re the white gull. I does make a nice visual contrast to the rest of the flowing image. However, it also seems to detract from the main star -the curve of the beach and water. On the other hand the bird also gives a sense of scale. Like I said, I can’t make up my mind.

Yes I thought about the gull too. There was a person sat on the beach which I cloned out as I like my scenes without any people. But the gull I thought was quite fitting to the scene. Also it was a 20 second exposure and it managed to stay perfectly still for the entire exposure! But i haven’t yet seen it without the gull so I’ll edit it out and see how it looks then.

Great shot with or without the gull. I agree about a crop from the top but I think you went a little too far in your repost.

For me a great image has all the elements contributing positively; which I think is the case here. First, the longe exposure of the water has created an almost 3D effect and then the sweeping sharp curves of the rocky shore comfortably lead the eye around the frame - and are so graceful against the water. THe cliffs are fascinating and loom large, but not overwhelming. Even the sky on the right works well. And then there’s the gull. Yup, works well with, or without, but I think is the icing on the cake. Amazing that guy posed the entire time. Awesome.

The crop works well. For me though, it becomes a little bit more about the gull. I would agree Michael about a little too much top crop.

Both versions are excellent. I just love the original post.

I love this! I actually don’t feel the need to crop from the top, for my own opinion. I think the weightage is perfect as is; the fact that the eye drifts down to the curve eventually rather than jumping to it initially actually makes the curve more impactful, to me.

I think some photos are special in that you can look at them for a long time and they still resonate. This is one of them, I think. Its impact doesn’t fade.

I like this a lot. My first instinct was a crop off the top too, but I do think the new crop is a bit too much. I would crop just below the bright spot in the sky or something along these lines: 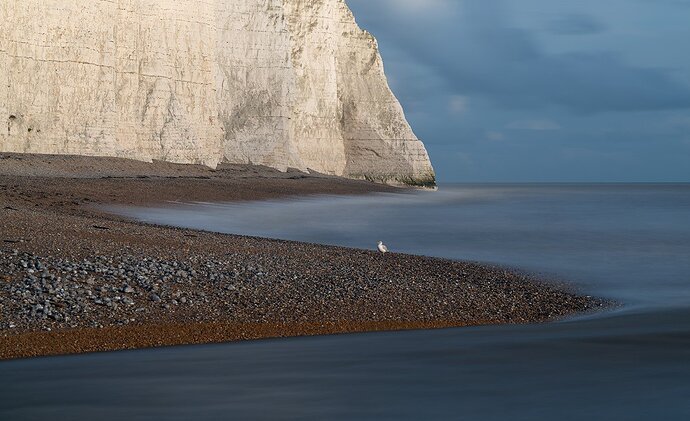 I like the bird. It makes it less abstract, but also more interesting for me. Really wonderfully scene and shot. The water and the diagonals complement each other well.