While I was in the process of doing some avian shots this morning, this spider on a boxwood leaf presented itself in front of the window where I was shooting. I enjoy taking macro shots and would probably do more if I thought about it. I think this could be a lot better had there been considerably more light and I was able to shoot at lower iso. I posted this primarily because this is about 25% full frame (11MP) at iso 3200 on a D 850, handheld. f8, Nikon 105 mm macro. Processed with DxO photo lab, Adobe camera raw 10.5, and TK sharpening action at 50%. 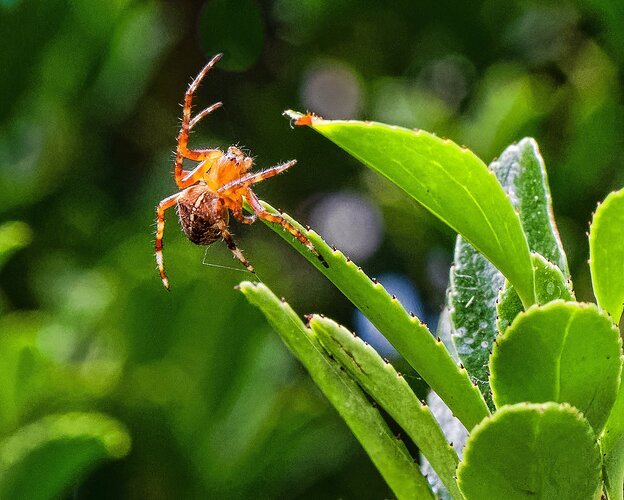 David, the spider, with it’s bold colors, stands out well among all the greens. The large crop shows in the noise. What lens were you using? Most “long lenses for birds” don’t focus close enough to avoid major cropping for a small scene like this. This view could stand a bit of burning-in both on the spider’s thorax and on the oof leaves in the lower left corner.

Here is the improved version with your suggestions Mark. Note that I added the 105 macro to the original post. I was shooting birds with 200-500 which focuses closest around 10 feet. The spider was about 6 inches from the lens. 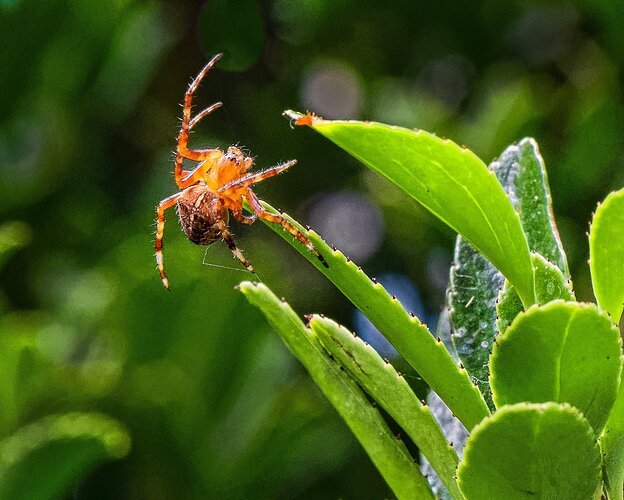 The repost looks better, but there is still some noise, particularly in the light green of the BG.