The Bare Essentials 2 - The scent of snow 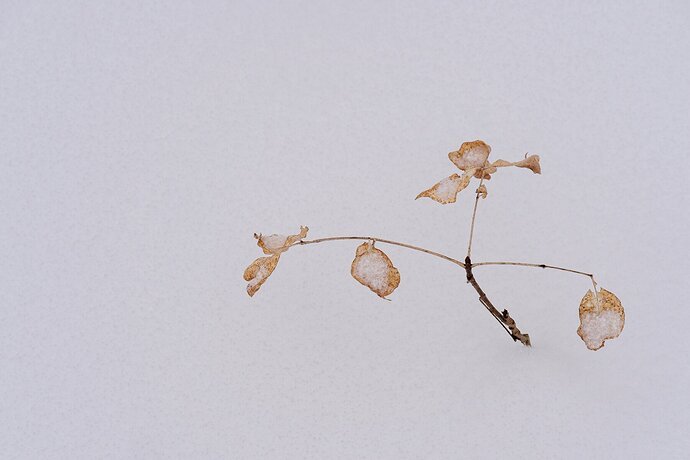 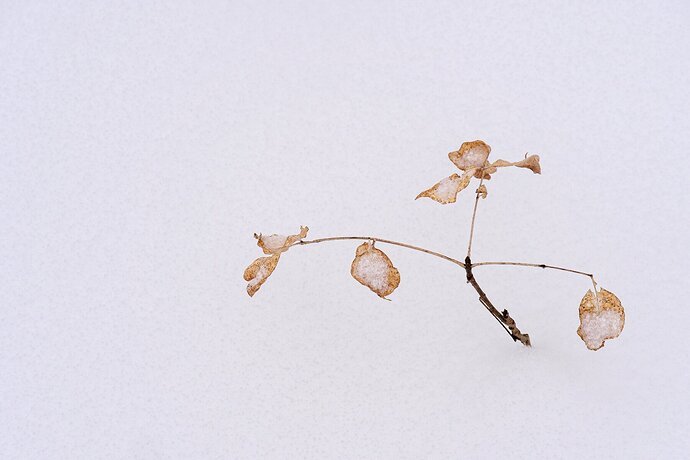 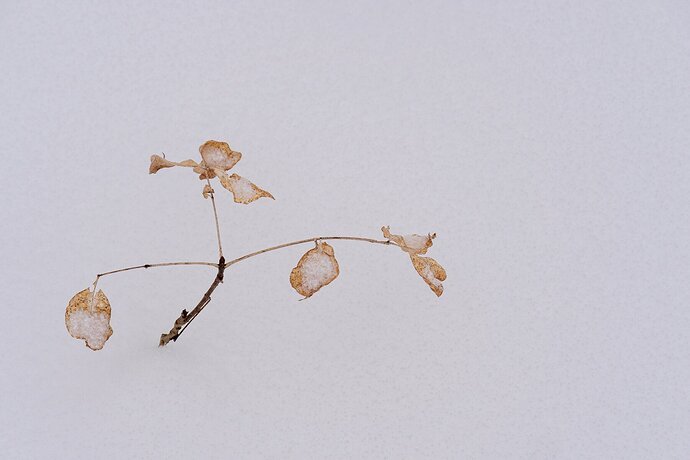 Another wee sapling (probably ironwood or hornbeam) in the snow. Its fragility speaks to me in this one. Since we’ve had another 10 inches of snow, it’s quietly buried now. Waiting and hoarding its energy for spring when it gets another season to become a tree.

Too much negative space? This is almost full frame and the way I shot it so to emphasize its lone struggle. 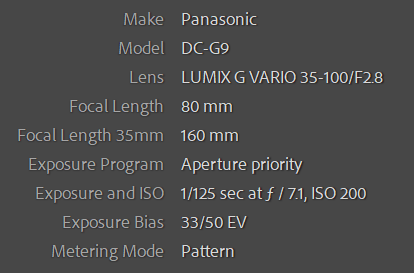 Lr processed for everything including a lot of messing with whites, exposure and highlights. Some masking on the tree itself to improve contrast, texture and clarity.

Hi Kris! I love this image! The overall simplicity and the fragility of the little tree is very well presented. The negative space is critical to that portrayal so I wouldn’t recommend reducing it. My only nit is, to me, the snow has a bit too much contrast.

Kris, you’ve found a bonanza of fine images that are similar but still unique looks…

Really a pleasure to stare at this for a while. For me the degree of contrast in the snowfield is pretty subtle; I would not like the snow to have no texture.
As for negative space, would you consider flipping the image horizontally; as a left-to-right reader, to me that allows the wee tree to lean into the space, instead of somehow coming from the space.

I really played with the contrast in the snow on this one - how much is too much or not enough. So subjective. The snow itself was falling in tiny little balls - not quite sleet, but not individual flakes either, so it had texture.

Have added a flipped version in the OP.

There are more of these in the can so to speak so I hope you won’t get bored. It’s kind of a series that I’m working through with similar processing.

This has the quality of a mechanical print on handmade paper, I really like it. To me the pose is defiant, against the elements - chest out as it were. The flopped version is more of being driven forward, bent by the elements.

I don’t think you could have too many images like this so keep 'um coming.

I took a look at this on a larger screen and now I think the snow texture is fine. I like the flipped version but I can’t make up my mind on which I like best. Especially after reading Guy’s perspective.

I favor the one with the little tree on the left but that’s neither right nor wrong. The snow seems a bit gray – I added a Curves and pulled the right slider straight in to the start of the information and think it has a bit more impact. I might center the tree just a little bit more.

BTW, the CBT was pictured in the local paper a few days ago – I’ll see if I can find a link.

Thanks @Guy_Manning - I love the different interpretations and the idea of handmade paper (I had a go at that in the 90s), @Steve_Kennedy - snow is so subjective and it changes minute to minute depending on what the sky is doing & @Diane_Miller - I’ll play with that slider and see if it wakes it up a bit. I wasn’t happy with the whites, but spaced playing with curves. Doh!

More will be coming. From that day and today - strapping on the snowshoes later for a ramble in the woods.

New brighter shot in the OP.

Outstanding series! Minimalism is a lot of fun. I think this one is my favorite but they are all fascinating and creatively conceived.